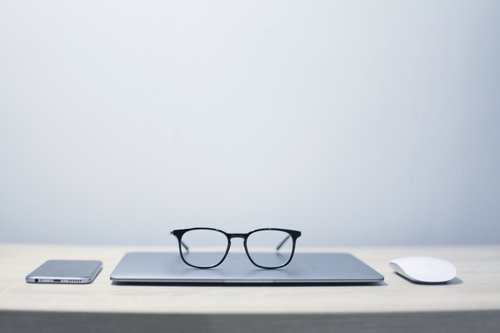 Focus on
What does this crisis mean for the future of our work and our organization?
By Ian Richards*
9 Apr 2020

This week I was supposed to deploy to Zambia. Instead I’m confined at home watching the snow melt on the Jura.

So I’ve learned to use Microsoft Teams in all its glory, both for meetings that were necessary and unnecessary. I’ve also been able to admire colleagues’ home decoration. Like you, I’ve been cooking three meals per day, while trying to maintain variety – it’s not easy.

Along the way we’re all learning not to touch things we used to take for granted. So we use keys to press lift buttons and enter pin codes. We push door handles with our elbows. We take routes less travelled to avoid others. We discover a whole new world of what can be ordered online, even in Switzerland.

No longer will we take open borders for granted, nor flights and international train services, nor the reliable supply of soap and toilet paper. It can all stop at a moment’s notice.

But one day it will start again and we will bounce back. As the world has from previous epidemics, although not without scars.

And what will it mean for the world of work and the UN?

By this summer many of us were supposed to be sitting in the new H building hot-desking space. But would you accept to use a keyboard and chair used by another colleague only hours before, knowing viruses can linger on plastic surfaces for up to 48 hours?

Can you imagine sharing an open desk with colleagues talking straight across at you, droplets lingering in the air, gently wafting your way, all throughout the day?

And with up to 48 staff in each work zone, can you imagine the potential for cross-contamination as we lie in wait for second, third, fourth waves of the coronavirus to hit us?

And with a tiny snack bar of 35 square metres, called “grab and go,” who will want to go there?

And what about contracts? If we look outside, who are the heroes of the moment? Yes, the doctors and nurses, and we applaud them every night.

But also, the supermarket workers, delivery drivers, the cleaners. Many of them on precarious contracts, apparently self-employed as uberized employees.

After all this, should the UN still be pushing these?

Reading the testimonies on the UN Geneva Community Facebook group, this crisis will also prompt a big rethink about work-life balance. Colleagues have turned into full-time teachers, full-time cooks, full-time supermarket queuers and full-time staff. We’ve all grown more sensitive to how private lives and work can be hard to disentangle, even for our bosses.

So let’s hope for more compassion at work, and more understanding about the circumstances we are all going through.

And what about the UN itself? Governments will be suffering financially with lower tax returns and large amounts spent in stimulus packages. But one thing the start of the crisis showed was the lack of coordination among countries, on confinement measures, on economic counter-measures, on human rights aspects, the ability of developing countries (let alone developed countries) to cope, and on solidarity between peoples.

So far, and unlike in past catastrophes, it is people of developed countries that have felt vulnerable and uncertain, and that’s important because everyone now feels they are in the same boat. No-one has been handed any privileges during this pandemic. It may affect the poor badly, but it also affects the rich too.

So like battered countries emerging from the second world war, there will be calls for greater multilateral cooperation and that’s an opportunity that as UN staff we must seize.