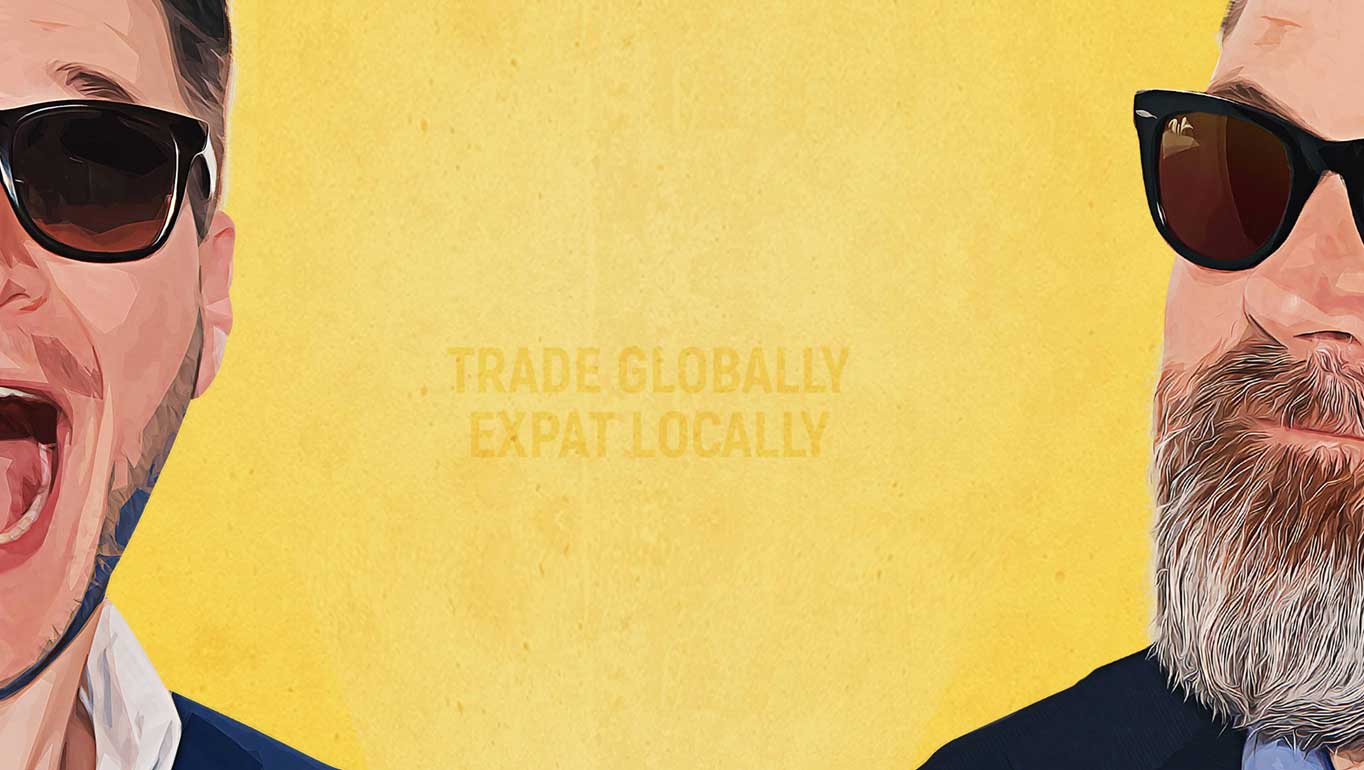 Trade, fun and banter – two guys and their podcast
Rob Skidmore and Ardian Mollabeciri from ITC on their new podcast, Tradesplaining
By Ian Richards*
1 May 2021

Some used lockdown to cook, bake or assemble their Peleton. Rob Skidmore and Ardian Mollabeciri from ITC started a podcast. Tradesplaining has listeners from around the world and plenty of irreverent humour.

Rob, from Wisconsin, and Ardian, from New York and with Albanian roots, work together at ITC, although, as Ardian was keen to point out, “Rob is the upper middle manager that I aspire to be.”

I asked what led them to start the podcast, one which covers the trade scene in Geneva and related political issues around the world, such as Brexit, and invites many prominent guests.

Rob: “Our work focuses narrowly on small businesses and trade and so we thought it would be cool to talk about some bigger issues.”

Ardian: We have these conversations daily. Talking about issues big and small. We’re always having a laugh. Why not broadcast it?”

And what about the name? Trade is clear. But splaining?

Rob: “We’re two American guys. And wanted to offer an entertaining take of these developments that is also informative for listeners. We think the show title gets that across.”

Ardian: “We try to talk about big issues in a way that you are out with friends. Nothing too hifalutin.”

Rob (laughing): “Yeah, it gives us an out if we say something ill conceived.”

What about their fans?

Ardian: “We are in the top 40 percent of new podcasts and get more dedicated listeners with each new episode. Pretty good considering it’s a real pop and pop operation. We’ve had positive feedback from colleagues. Now we are trying to break into the Gen Z market.” “We’ve also had a few people email us wanting to talk about different subjects than trade as well”

Rob: “We talk a fair amount about people’s mental wellbeing during Covid. Having a creative outlet and taking a plunge is really important.”

And their difference in age?

Ardian: “Rob is more seasoned than I am. He has a cooler head on his shoulder and gives a different perspective from mine.”

Rob: “Ardian is also always trying to bring that “why should we care” angle… also he explains Twitter to me.”

Given their podcasts touch on political issues, how do they balance it with their work?

Rob: “We don’t include information from our work. And we try not to criticize or praise the management of the UN or WTO and we are clear on that with our guests.”

I ask them if they think trade is a good thing

Ardian: “Yes. The proof is in the pudding. They tried no-trade in Albania and it didn’t work out so well. It is about talking about the benefits in a way that is understandable to all”

Rob: “You need to get the policies right to mitigate ill effects: education, healthcare, distribution. But we also need to find someone for the show who is sceptical of trade.”

If artificial intelligence were to eliminate their day jobs (an issue they have covered) would they take up podcasting full-time?

Rob: “It’s a lot of work. We script every podcast. We have questions to guide the interview guests. And Ardian is doing all the editing and social media promotion. To think of people that do it weekly or daily. That’s an amazing amount of work.”

What do they make of all three trade organizations in Geneva being led by women (Ngozi, Durant and Coke-Hamilton)?

Ardian: “I think it’s an exciting development. But there’s also a branding opportunity here. They could be the Earth, Wind and Fire of trade.”

And if they could have one of them on their show, who would it be? (I remind them they work at ITC.)

Rob: “Knowing how busy, either of the others. We are not picky.”

Listen to the podcast.