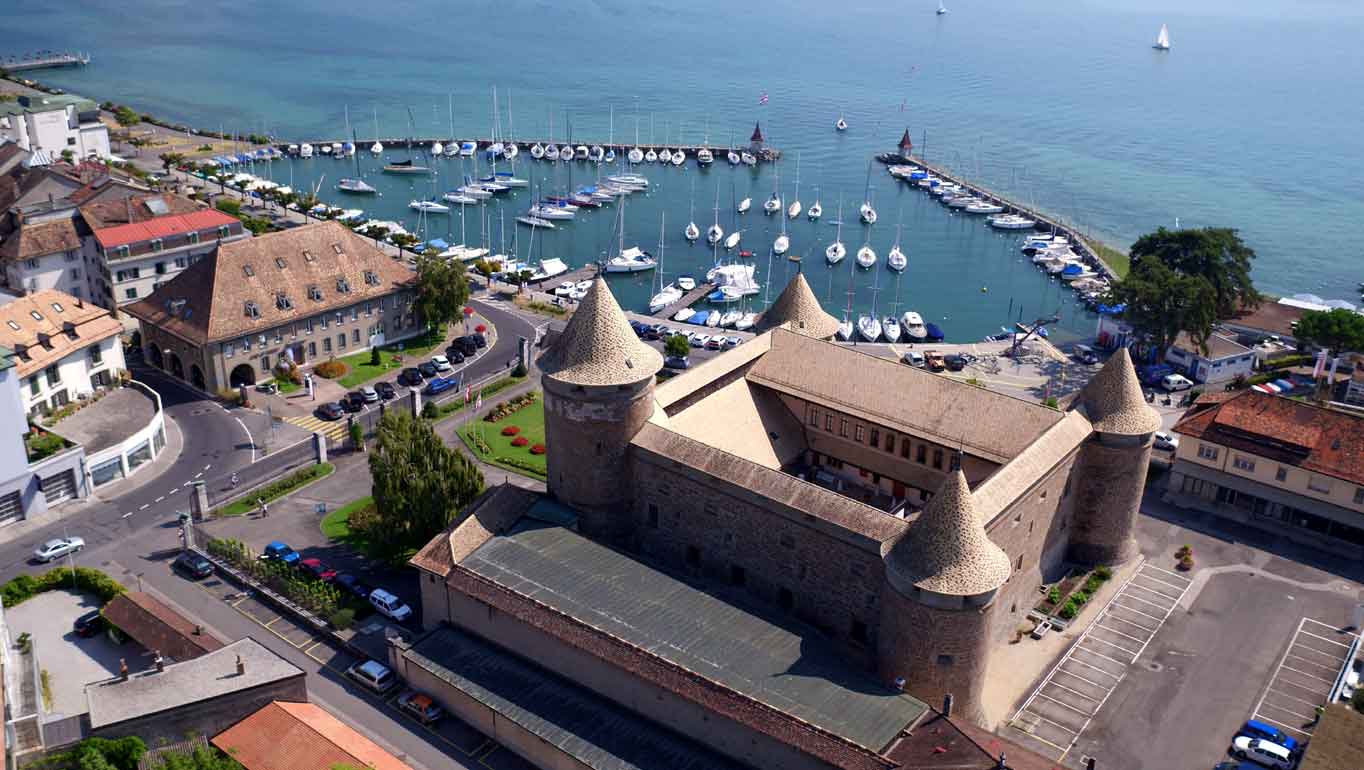 The weaker sex? An exhibition on women and power at Morges castle
Well into the 20th century, European women were legally considered as minors and excluded from any political and military careers, or leading positions in the clergy. If they acceded to a certain degree of influence, it was always under the tutelage of a male authority.
By Gudrun Beger*
30 Nov 2021

This, amongst others, was a legacy of the concept of “weaker sex” or “imbecillitas sexus”, derived from Roman law, literally meaning the weakness of female mental power, and had a lasting influence on the role assigned to women. Society severely limited female civil and political rights and as such, women were seldom associated with power.

In Switzerland, “Women and Power” is currently a topical subject as the country just celebrated half a century women’s suffrage at federal elections in early 2021. Swiss women were finally granted this fundamental democratic right on 7 February 1971, long after most European countries and the United Nations’ proclamation of the Universal Declaration of Human Rights (1948), which enshrined universal suffrage. The road to emancipation in Switzerland was a long one. Nowadays, few people recall that local women were only granted equal rights with men in 1988, following a referendum on matrimonial law. Until then, a husband had the legal right to prevent his spouse to work or even open a bank account.

The exhibition “The Weaker Sex? Women and Power in Switzerland and Europe”, currently displayed at Morges Castle, tries to explore the scope and limits of female freedom, autonomy, and authority within typically male-dominated domains. By highlighting the achievements of outstanding women from French and German speaking Switzerland, and that of selected European counterparts, this exhibition tries to do justice to the memory of individuals which, up until now, had been neglected by history. Visitors will be able to discover biographies of women that overcame obstacles and political subordination through three major thematic axes: politics, military, and religion.

The showcased stories include celebrities from Western Switzerland such as Madame de Staël or Madame Necker, of which exquisite paintings can be admired. Other figures include suffragettes, revolutionaries, nurses, spies, and sovereigns. One of the lesser known and unusual destinies unveiled at Morges Castle is that of Henriette Favez. Born in 1791 in Lausanne, she became a widow and lost her only child at the age of 18. But these tragic strokes of fate did not stop her. Usurping her late husband’s identity, she moved to Paris to study medicine and practiced surgery during Napoleon’s Russian Campaign. After the war, Henriette sailed to Cuba where she worked as a physician and tended to the poor until her true identity was revealed, which led to a trial and her expulsion.

A visit of the exhibition at Morges Castle is well worth a trip. Dating back to the 13th century, the medieval fortress with its four massive towers is located next to Lake Geneva and offers a spectacular view of the Alps and the Mont Blanc. Besides the temporary exhibition space, visitors have access to 5 permanent exhibitions: the Paderewski Museum, the Canton of Vaud military Museum, the artillery Museum, the Swiss Museum of historical tin figures and the Canton of Vaud Police Museum. Guided tours in English and a series of conferences in French are on offer. Furthermore, Morges Castle houses a unique documentation centre specialised in military history, which can be visited upon request.

The temporary exhibition “The Weaker Sex? Women and Power in Switzerland and Europe” runs until May 1, 2022.

* Gudrun Beger is the Head of the Documentation Centre at Morges Castle and its Museums.
Read more articles about CULTURE