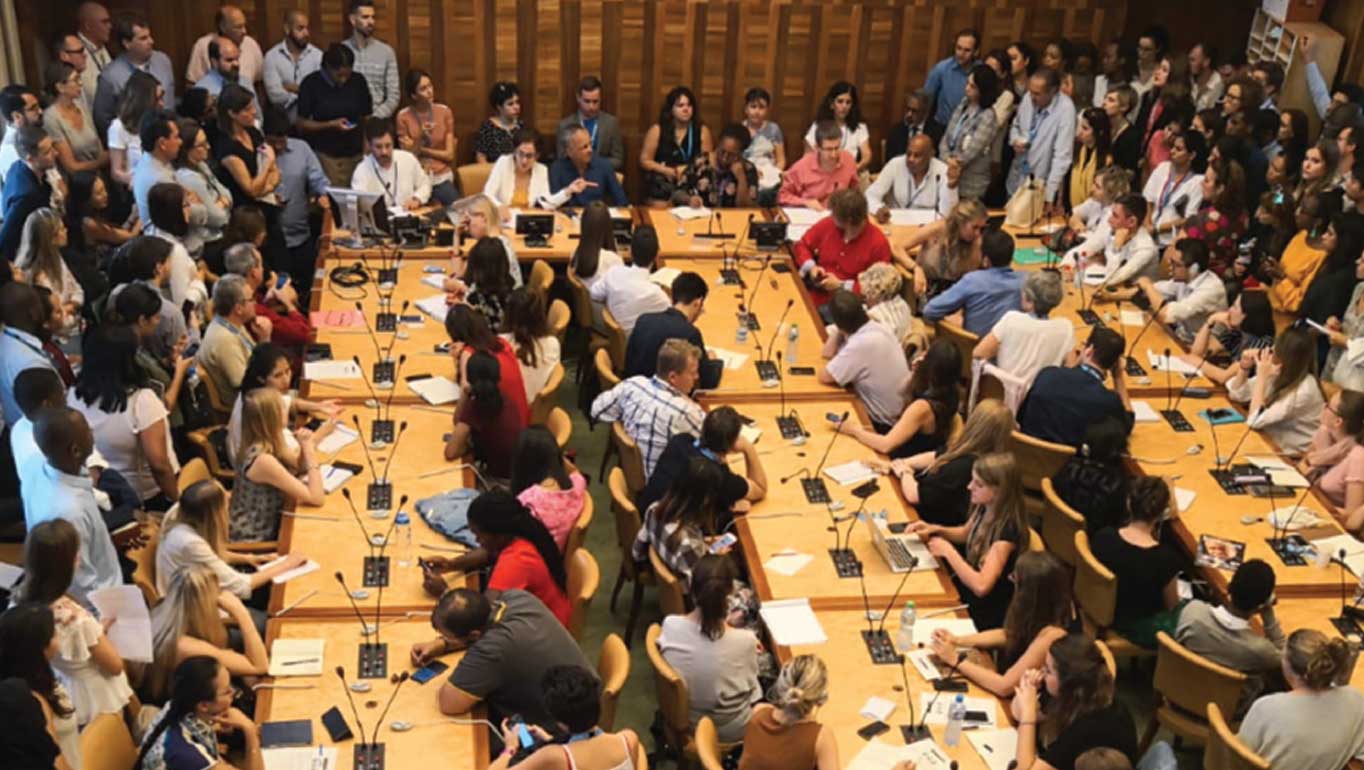 The staff view on Antonio Guterres: what is his legacy?
How has the Secretary-General’s first term impacted staff
By Prisca Chaoui and Ian Richards*
1 May 2021

It’s been four and a half years since Antonio Guterres assumed the position of Secretary- General. Many readers of UN Today, being keen followers of international affairs, will right now be discussing the legacy of his first term. We will skip his contribution to international peace and well-being, which lies outside the remit of a staff magazine, and focus instead on the impact of his decisions on staff welfare, seen through the lens of staff unions at the UN.

Back at the start of 2017, the biggest question was how he would manage the organization’s relationship with its biggest contributor. Would contributions be withheld, would there be severe budget cuts?

In the end, neither came to be, at least for the UN secretariat – it was of course a different story for other international bodies, such as the Paris Agreement, UNFPA and the WHO. Guterres deployed his political skills, acquired while managing a difficult coalition as Portuguese prime minister, and it paid off.

Guterres reversed the centralizing tendencies of his predecessor, which under the label of One UN had sought to align human resources practices between duty stations and departments, a harmonization that was supported by the staff unions.

In its place he introduced the concept of delegation of authority. Heads of departments and individual peacekeeping missions would have greater leeway in how to interpret the rules. This was despite staff unions expressing concerns about possible abuses, especially during downsizing processes. Staff in peacekeeping missions, where the potential for abuse is greatest, are said to be very worried.

He also pledged to review the current three types of contract (temporary, fixed and continuing) and add a fourth, so-called agile, contract. Unions expressed concerns about how it might signal a return to the old and unpopular appointments of limited duration, abolished by his predecessor, under which staff would be appointed for a defined period after which they might have to leave the organization and reapply in order to continue. Participation in the pension fund would be restricted. It was branded an uberization of contracts and many staff agreed.

Back in 2016 a lot of hope was pinned on finding a female to head the organization. A strong suite of women stepped forward, but Guterres campaigned hard and was chosen.

The unions noted that he subsequently recast himself as a gender champion enforcing a drastic policy on the organization that saw men lose their jobs in peacekeeping restructurings in favour of women from the outside.

As other articles in the magazine have shown, this hasn’t entirely silenced those campaigning to have a woman take over in 2022. Several have pointed out that his gender parity policy requires the hiring of a woman where there isn’t parity and where qualified female candidates exist. The position of Secretary-General would appear to fall within that category.

Relations with staff unions have not been easy. At the start of his tenure it has been pointed out that he held regular meetings. But the novelty appeared to wear off and relations deteriorated. Changes were made without consultation, and genuine dialogue became more distant. Since then, tensions have increased.

Taken together, it’s a difficult balance sheet. On the one hand, he kept big donors on side. On the other, unions have noted that staff concerns have played second fiddle to reforms that were not necessarily popular and may in some cases have caused harm.

* Prisca Chaoui is Executive Secretary of the Staff Coordinating Council of the United Nations Office at Geneva (UNOG). Ian Richards is an economist at the United Nations Conference on Trade and Development (UNCTAD).
Read more articles about FOCUS ON