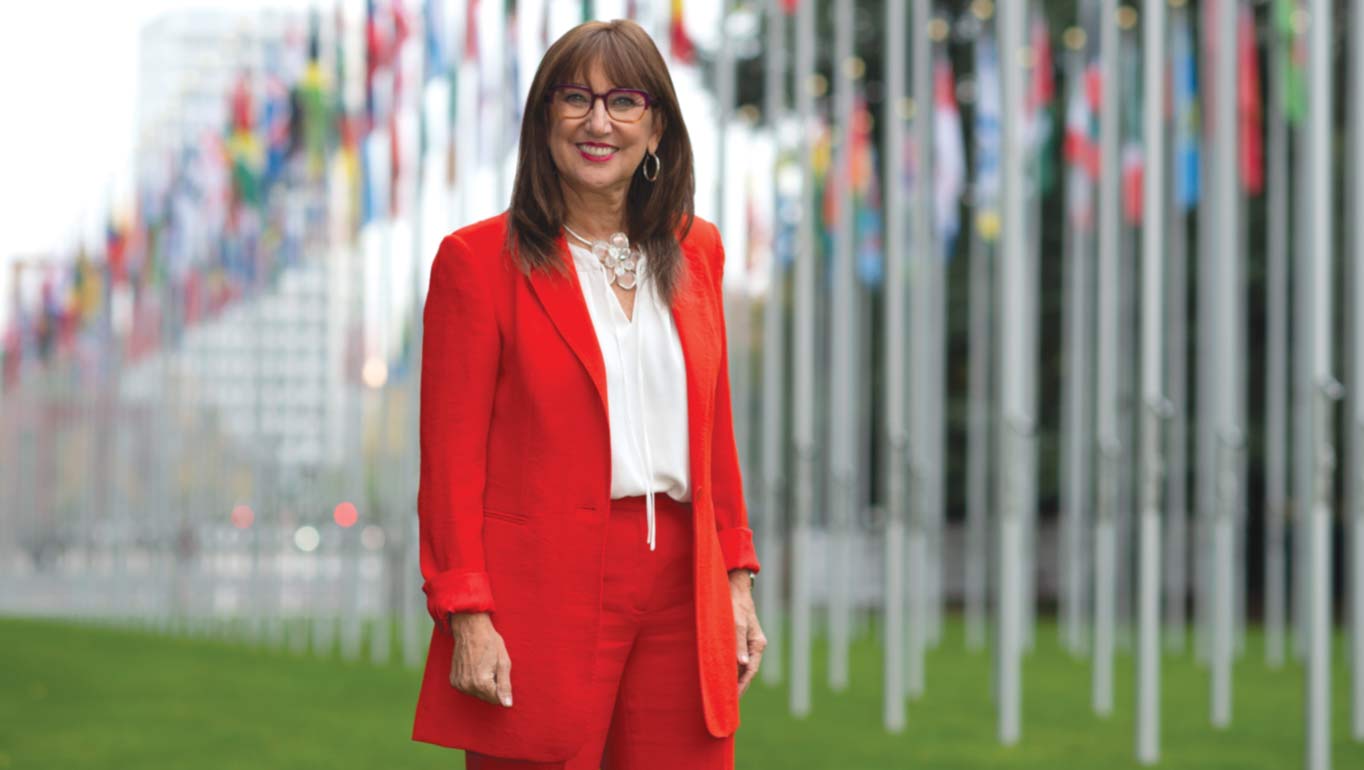 Economist, former Vice-President of Costa Rica (1994–1998), Minister of Housing, Minister Coordinator of Economic and Social Affairs, and Deputy Finance Minister. At the United Nations Development Programme, Under-Secretary-General and Associate Administrator, former Regional Director for Latin America and the Caribbean. The first woman Secretary-General of the Ibero-American Conference (2014–2021). On 13 September 2021, she joined as the first woman to lead the United Nations Conference on Trade and Development (UNCTAD).

You arrived barely a month ago. What inspires you about Geneva?

Geneva is a beautiful city: the nature, the view of the lake from my office I can see every day. I had been here before, coming in from New York, but not to work permanently. Now, I’m enjoying getting to know Geneva bit by bit. To know it as a multilateral city, the city of human rights, of disarmament, and thus of peace. I’m told there are some 9,500 people working here in the United Nations system. So, this is truly a United Nations headquarters city.

As Secretary-General, how do you plan to build bridges between all the world’s regions represented in UNCTAD?

My early international career was tied to Latin America and the Caribbean, and recently to Ibero-American relations. In my four years as Associate Administrator of the United Nations Development Programme, I was also very closely involved in global issues. That is how there, as here, I realised the importance of deepening relations between regions…Amazingly, the regions don’t know each other much! I have spoken out on the importance of South–South cooperation, which we need to deepen in Geneva. Now, I prefer to call it “horizontal cooperation”. The good thing about it is that, when countries living through similar challenges exchange experiences and knowledge, there is a different perspective. In “vertical cooperation”, as I like to call it, it’s as if the problems are on one side, and the solutions on the other. “I have the solution, but you have the problem!” And I don’t believe in that! We all have problems and the ability to suggest solutions. Especially at the Ibero-American Conference, my motto on horizontal cooperation has been: no country is so rich that it has nothing to learn, nor any country so poor, it has nothing to offer or teach.

What are the main economic and social challenges that people in developing countries in these regions face in general and because of the COVID-19 pandemic?

The pandemic has deepened the world’s inequalities and asymmetries. This is the key challenge to address. We were already in an environmental crisis, not only climate change but also biodiversity loss and the degradation of ecosystems that sustain life. Then came the pandemic, a multi-layered crisis: a health, social and economic crisis. As an example, in one year, Latin America lost two decades of progress in the fight against extreme poverty.

Other developing countries lost years of efforts towards achieving the Sustainable Development Goals and in the fight against inequalities and poverty. So, is what we’re calling “development” truly development? You can’t lose two decades’ worth of progress in extreme poverty in one year! Evidently, there’s something we are not measuring well. We accept one-dimensional indicators that give us a snapshot, a moment in time – but don’t tell us a story. They don’t show us a path.

If development isn’t built on the Goals and the 2030 Agenda, if our objectives aren’t imbued by today’s catchword – resilience – we won’t get sustainable development. And the only way to deal with shared challenges is through a much stronger and strengthened multilateralism.

What, then, do the results of the fifteenth quadrennial Conference mean for multilateralism, the international community and the UNCTAD secretariat?

To begin, I must thank United Nations Secretary-General António Guterres for his presence in Barbados at the opening of the Conference. My warmest thanks also to President Uhuru Kenyatta of Kenya, and to Prime Minister Mia Amor Mottley of Barbados for her strong and active participation as President of the Conference. This Conference was a series of ‘firsts’. The first economic conference on trade and development of the COVID-19 era. The first in a hybrid format, part face-to-face and part online, a real technical challenge. A first in the conscious effort for inclusivity in country participation.

Through agreements, United Nations resident coordinators opened their facilities to participants from the most vulnerable countries. An online platform allowed connections at 16 locations for the least developed countries, which often lack adequate connectivity. Defending the Conference’s universal membership in establishing dialogue and seeking solutions together is fundamental. Furthermore, this was the first quadrennial Conference held on a small island developing state, a SIDS.

Their vulnerability was at the heart of discussions. Prime Minister Mottley spoke to the difficulties of SIDS in accessing COVID-19 vaccines, to the reality of food insecurity, as net buyers/importers of food in the midst of international trade disruptions and high maritime transport costs, and to the issue of funding for adaptation to climate change. Mitigation isn’t the only problem for our developing countries. In Barbados, we saw how coastal zones had been made more resilient to the effects of climate change. They’ve had to take resources from social protection, education and health, and allocate them to adaptation measures.

Lastly, in our negotiated outcome, trade and development is multidimensional – the links to environment, climate, macroeconomics, debt, illicit flows, resource mobilisation and financing stand out.

Why is it important to have a woman at the helm of UNCTAD now?

This is another first. The President of the Conference was a woman, the Chair of the negotiating committee, Ambassador Maimuna Kibenga Tarishi of the United Republic of Tanzania, a woman, and the Secretary-General of UNCTAD, also a woman, the first. This sends a strong message about changing times and the need for that change.

I would add Ngozi Okonjo-Iweala at the World Trade Organization, Pamela Coke-Hamilton at the International Trade Centre, and me at UNCTAD. The “trade ladies”! Women were already more visible in social and environmental topics, but now we are talking women and hardcore economic issues. That’s a hard nut to crack, and we’ve done it. We don’t have to think the same way or agree on everything, we do have to discuss things and find a coherent agenda. One organisation’s work can’t be undone by another. Nothing that matters is easy, but I’m convinced we will do our best. It’s a willingness to strengthen multilateralism and find solutions together that will lead to closer coordination between our institutions.

Finally, what was the meaning of the owl broach you wore at the Conference opening?

[Laughs.] Yes, that’s interesting. I bought the broach because I liked the design. Its colours reminded me of the Sustainable Development Goals logo. That colour wheel is wonderful! It synthesises a complex idea of 17 Goals and over 230 indicators. So, the owl caught my attention. At the same time, an owl is a very quiet bird, known for its wisdom. An owl isn’t the one speaking, it is wise because it listens.

* Maritza Ascencios is an editor at UNCTAD. She has worked in communications and advocacy at UNICEF and UNDP.
Read more articles about INSIDE VIEW