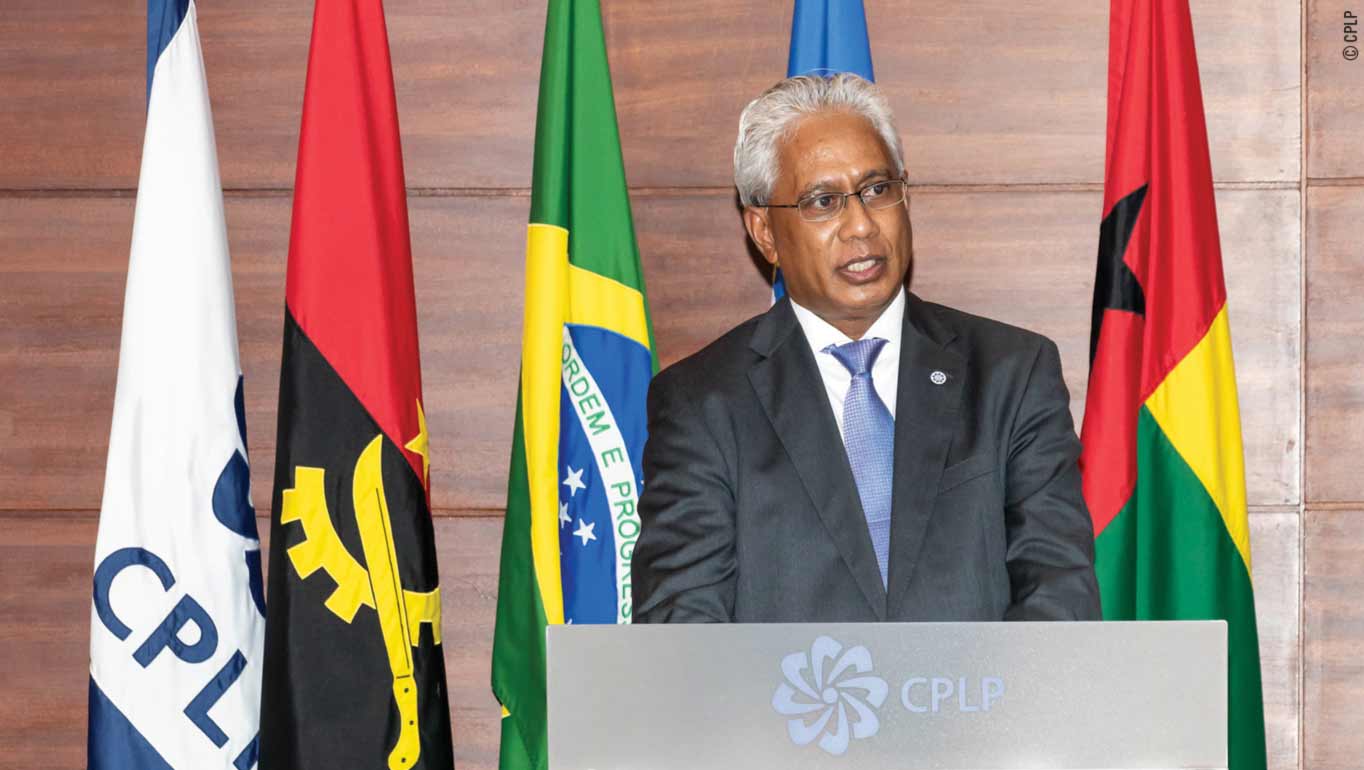 Portuguese: a language to be reckoned with
The CPLP (A Comunidade dos Países de Língua Portuguesa) and the Portuguese language are making their presence felt at the Human Rights Council. We talk to the Executive Secretary Zacarias da Costa
By Garry Mullender*
1 May 2022

Nine member states from four continents, economically and culturally diverse, with differing levels of development. Yet the CPLP’s ties span centuries, and a common language and will to cooperate make this young community a unique success in solidarity. Speaking as one voice at the Human Rights Council, they aim to see Portuguese adopted as an official UN language.

What is the CPLP’s raison d’être?

The CPLP was born 25 years ago out of a common linguistic heritage central to the identities of all its member states – Angola, Brazil, Cabo Verde, Guinea-Bissau, Equatorial Guinea, Mozambique, Portugal, São Tomé and Príncipe, and Timor-Leste. They share common goals such as political and diplomatic dialogue; sectoral cooperation; and, obviously, promoting and disseminating the Portuguese language.

What do you consider to be the CPLP’s biggest achievements?

Significant achievements include the strategic plans for food security, health, environment, oceans, tourism, gender equality, education, science and technology, and culture. We have invested in the creative industries, audiovisual materials and youth, and extended cooperation to the energy sector, the digital agenda, and e-governance.

What are the main challenges?

The biggest is how to make the CPLP a community of peoples and not just of governments. Above all, we must build a platform for citizenship to promote the feeling of belonging to the community.

The adoption of the CPLP Mobility Agreement was a huge step forward, by facilitating movement around the community by students, teachers, entrepreneurs and cultural workers. The 2021 Luanda Summit endorsed a general aim of promoting economic cooperation to tackle the huge post-pandemic challenges. Shared knowledge, responses, and building solid alliances are vital in today’s world. The CPLP needs stronger foundations to fully benefit from its extensive network of partners and many Associated Observers.

How do you explain the interest in the CPLP of such diverse countries as Japan, Serbia, or Qatar?

In seven years, we’ve grown from three to 32 Associated Observers, including states and international organizations. Working together across our cultural, geographic and economic diversity, the CPLP is attracting increasing foreign policy interest thanks to its unique outlook: as a forum for political and diplomatic dialogue; business, particularly with African countries; and as a hub for language, culture and contact between diasporas. Our partners add to the organization’s visibility and create huge potential for cooperation.

Timor-Leste chose Portuguese as an official language, alongside Tetum. Why Portuguese, when at the time it was only spoken by a fraction of the population?

When Timor-Leste joined the CPLP immediately after independence on 20 May 2002, it was a homecoming to the family to which it had always belonged. Choosing Portuguese therefore came naturally. Our constitution enshrines these special bonds with CPLP member states as an integral part of our identity, without ignoring Timor’s own vast cultural diversity. As the only Portuguese-speaking country in Asia, we have a unique and extremely valuable vision for the CPLP.

Laws don’t make people speak a certain language, and therein lies the challenge of increasing resources for promoting and disseminating the Portuguese language, throughout all member states.

In Geneva, we increasingly hear contributions from the CPLP to the debates in the Human Rights Council. How does the CPLP stand out in the international arena?

The CPLP has aligned its work with the SDGs and has strong partnerships with the OECD, the ACP, UNESCO and the FAO, among others. Our priorities are to strengthen CPLP participation in the work of the Human Rights Council, food and nutritional security, working with the FAO, combating human trafficking and “education for justice,” alongside UNODC. Furthermore, the CPLP has endorsed the candidacies of Timor-Leste and Brazil to the HRC for the 2024-2026 mandate (October 2023 elections).

Portuguese-speaking countries often declare their wish for Portuguese to become an official UN language. What tangible steps have been taken to achieve that goal?

Portuguese is currently the fifth most widely spoken language in the world and first in the Southern hemisphere, one of the most used on the internet, and a working language in over 30 international organizations. UNESCO has also proclaimed 5 May as World Portuguese Language Day.

There will be about 500 million Portuguese speakers by 2100, by dint of demographic growth in countries such as Angola and Mozambique. We want to see Portuguese used as a language of diplomacy, culture, scientific production, and business. This is why the adoption of Portuguese as an official UN language is a goal for the very near future.