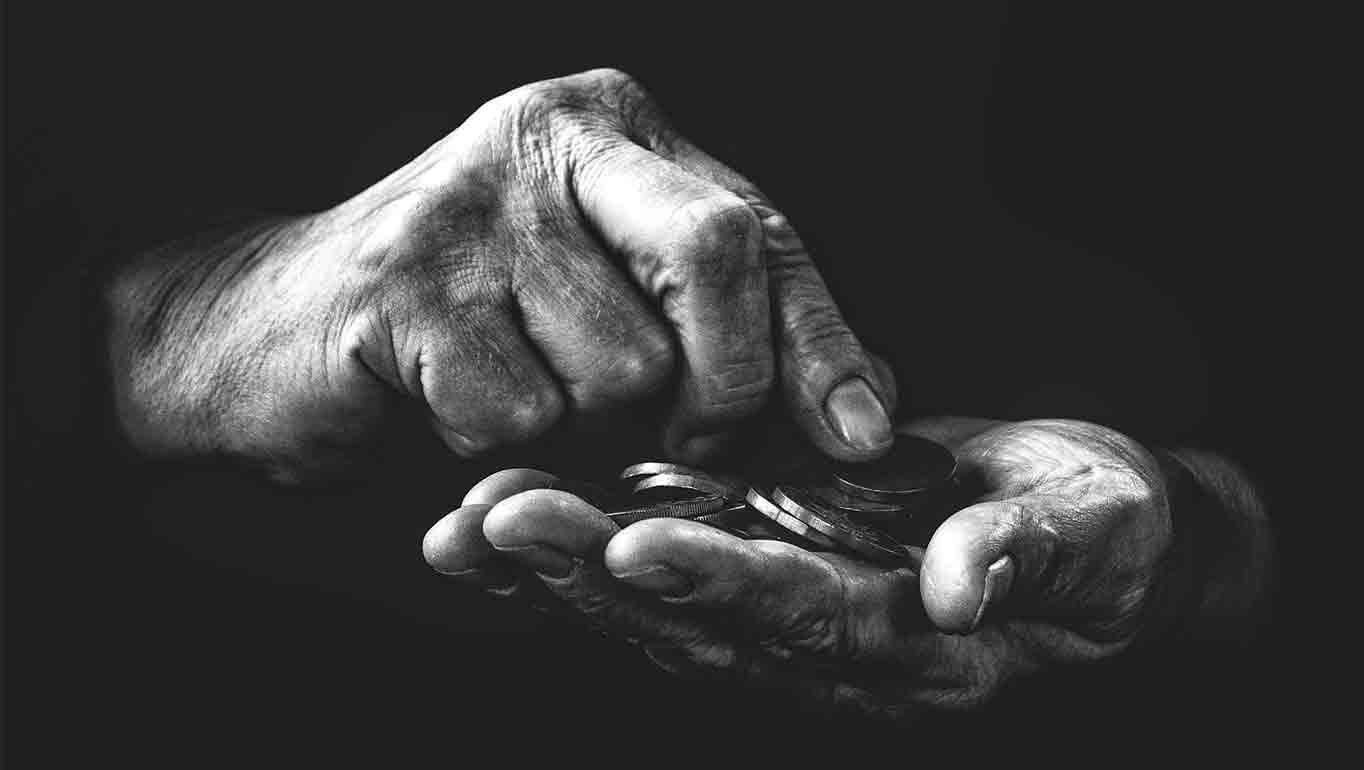 A common assumption concerning low-income families is that they are either lazy or victims that need to be rescued by some external intervention. Mauricio Miller – founder of the Community Independence Initiative and author of The Alternative – disputes this belief, advocating instead that the best way to eradicate poverty is by transferring the responsibility and resources for improving their community back to the everyday residents themselves. I caught up with Mauricio to find out more about his alternative solution to poverty and his mission to change the way we generate economic and social mobility by supporting and accelerating low-income families’ own efforts.

As a first-generation immigrant, how has your own personal history informed your life’s work?

My mother has had a profound impact on my outlook. Though she only had a third-grade education, she was determined to give my older sister and me a better life, immigrating from Mexico to the US with $300 and lots of hope. In addition to working multiple jobs, my mother – an amazing seamstress – would spend her nights on the kitchen floor designing dresses for young girls from our church.

My sister was 6 years older than me, and in trying to fit into this new society she got in with the wrong guy, who got her pregnant at 16. She left the house with him, which devastated my mother. After my sister’s sad experience my mother put all her resources into sending me to college. My mother hoped for me to become a doctor or engineer to make enough money to help my sister and her three kids, and not let what had happened to us happen to others.

I got into the engineering school at UC Berkeley and was there towards the end of the Civil Rights movement and start of the Black, Yellow, Brown, and Red pride movements. I learned that movements and people working together could make a difference. But even with no tuition (University of California colleges were free at that time), to afford getting me through college my mother gave up her healthcare, and by the time I graduated and could afford to get her the operations she needed, she wouldn’t let me. “I didn’t give up my health so that you would spend your money on me. Help your sister or others!” But I was determined to take care of her and when she knew I was going to spend it on her anyway, she went to Las Vegas, bought a gun, and took her life. I’m still trying today to live up to the sacrifice she made.

So how did the idea for Peer-Driven Change come about?

In 1978 I joined a nonprofit as part of the war on poverty. I hoped to find a way for other families to not experience what my family went through. Over time, my programs led to acclaim, awards, and even an invitation from President Clinton to his 1999 State of the Union Address. Despite all this, I knew that I would not bring my own troubled nieces and nephews through my programs. What’s worse – I knew that my mother would find them patronizing. So, if what were considered some of the best programs in the country were not good enough for my family, why would I bring others through them?

In 2001, I got a chance to start over. Jerry Brown, then Mayor of Oakland, California, and later governor, criticized programs like mine and gave me a simple challenge. “If you could do anything to make poverty escapable, not just tolerable, what would you do?” I struggled with how to bring about a fundamental change but thought of my mother. She made mistakes, but she owned them and learned from them. She watched how others in her situation took steps forward and then forged a path of her own. Meeting again with Mayor Brown, I told him that while I did not have the solution, that we could learn from the families – every mother, father, and guardian was an expert on their own lives. With his backing, I set up an online survey and data system to track what families do for themselves and their capacity to help others.

It was essentially a research project that tracked self-reported monthly income and activities which our staff verified. Families wanting to enroll recruited friends and joined as a group. Each month, families responded to an online survey documenting what they earned and did to improve their lives. Within six months, incomes were rising and mutual assistance between families grew 60%. In Peer-Driven Change, the participating families are not ‘beneficiaries’ but respected contributors. The platform provides each family a chart to see their personal progress against their goals, but also to compare their progress against the average progress of other participating families in their area. Seeing the success of others like them is a huge motivator. The data is also useful to sponsoring agencies and policymakers – seeing the strengths rather than the weaknesses of these communities can significantly change our funding and policy practices.

In 2019, now organized as the Community Independence Initiative, I started my first international project – using the same model in Liberia. One of our first participants, Hawa, showed me a padlock that she sells in her shop – with a small investment, she could buy these locks and other goods at wholesale. With lower prices, she could get more customers and create more jobs. We tried a one-time investment of just $100, and just as she said, her income jumped 400%. Within a year, average business revenues jumped over 200%. The spread of the best ideas peer-to-peer was powerful.

What is the primary difference between your approach and the traditional ways of addressing poverty? If families are not being provided with services, external support, and other charitable programs, how can we support them?

The primary difference is that we shift the responsibility for training, advising, and examples to peer families and ordinary residents who, despite facing similar barriers, somehow take steps forward. Everyone seems to underestimate the capacity of people to help themselves and help others. Who everyday people turn to, however, are not the designated leaders or even the “exceptionally talented”. They are most influenced by people just like them who know the small steps that it takes to move forward, referred to in studies as positive deviants or bright spots.

Shifting the source of intervention from paid professionals to peers drastically cuts costs and embeds the expertise and the pride that comes from being the expert in the community itself. Our approach brings those communities together so that solutions start to spread more naturally from one community to another, from one region to another, and even from one continent to another. Peer-driven change fights the bigoted notions that low-income families are less capable than the privileged and that those fighting poverty are unwilling to help one another. But the positive deviants are there, and they are our best source of inspiration and intervention. Peer-to-peer sharing is much more relevant than the information they may get from paid program professionals or external experts. The focus on institutional solutions hampers the growth of self-help efforts. With NGOs there is rarely a neutral third party to hold the service providers accountable. The role of the local NGO in a peer-driven demonstration is to be the neutral third-party verifier and documentor of local efforts.

Are there any particularly inspiring stories of self-help initiatives that you have encountered and would like to share with us?

My greatest lesson came in the first year of trying this approach in Oakland, California – where we had enrolled a group of refugees from the war in El Salvador. After about 7 months of surveys, my staff liaison to the group reported that one of the families was approached by a Spanish-speaking real estate broker about buying a house. The liaison feared that the broker was a predatory lender and wanted to counsel them or send them for financial training. But I had promised Jerry Brown that we would not interfere.

As expected, the broker had them close on a purchase that would require a mortgage payment of 60 percent of their monthly income. I felt guilty that they were likely to lose the house. But I underestimated them. They realized that the broker was bad news, called on their friends to help repaint, retile, and landscape the property, and with the refinance clause were able to bring down their payments to a manageable 40 percent.

Then there was the ripple effect. Once they saw it could be done, the other refugee families in the group began to save, and by helping each other, all of them owned homes within 18 months. An additional home was even purchased to serve as a “half-way house” for other immigrants coming from El Salvador. This is the peer effect. When I told this story at a Stanford University conference 15 years later, a young Salvadoran man came up to me afterwards and told me, “My mother heard about your families buying homes and so we did the same. It is the equity from our house that got me through Stanford.”

If you could make one change in how the international community is attempting to tackle poverty, what would it be?

In every community where we go and talk to the residents about peer-driven change, everyday people immediately understand it. They want the responsibility to lead the change. What we need now is for individuals in government agencies and multilateral bodies to acknowledge the same thing and do something about it!

Why not designate 5 or 10 or 20 percent of next year’s budget away from programs that make poverty tolerable and towards this amazing self-renewing force that can be found in every neighborhood and in every community? It will take some courage and some effort, but making real change always requires that. You must give up something good to get something better. What is stopping these powerful decision-makers from doing the right thing and embracing peer-driven change? I encourage them all to take that first step and join this global movement.