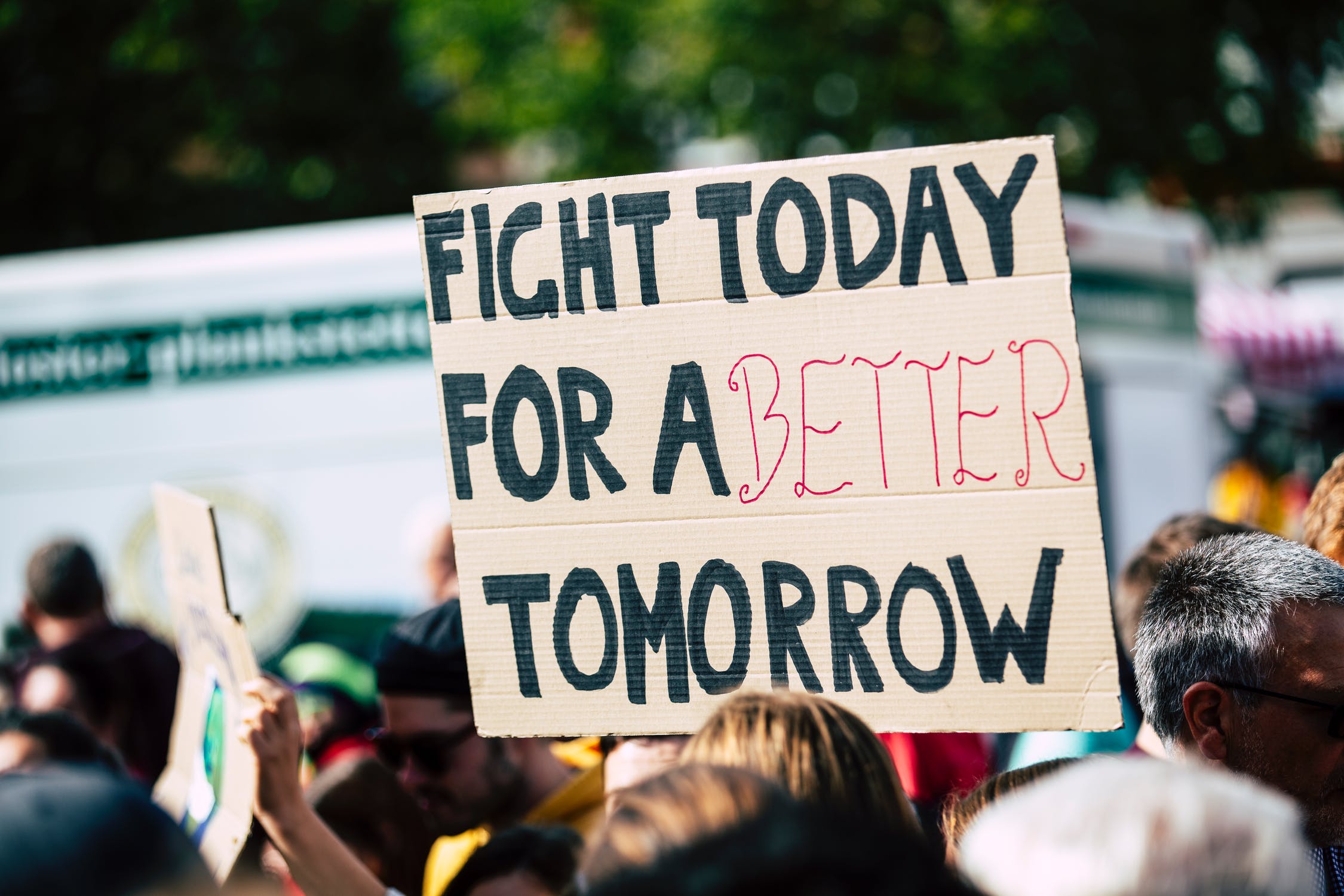 Global youth – don’t write us off just yet
Often overlooked, marginalised and even vilified, the world's youth deserve much greater support and recognition of their achievements
By Jake Sanders*
8 Dec 2021

The world’s population is growing and getting younger – now more than half of humanity is under the age of 30 – constituting the largest young cohort in history. Current UN estimates suggest the world population will reach more than 10.8 billion by the year 2100, an increase that will indeed put enormous strain on our planet’s resources. However, with a larger and more youthful population comes also great opportunity for change and ingenuity. Indeed, if demographics are destiny, then a more youthful and active population should be cause for optimism. After all, in the past we have looked to our youth for inspiration when picking up the pieces and re-building our fractured, broken societies. From the charred, obliterated landscapes of the 20th century’s world wars, to the towns and cities of medieval Europe emptied by the Black Death, the promise that from our youth, society would re-build and regenerate, has continued to inspire us during trying times. Youth, therefore, represent hope and optimism, qualities which we should consider when searching for the change and innovation needed to overcome our collective challenges.

Where youth are suffering

When youth are allowed to flourish, so do the societies to which they belong. Alternatively, when opportunities for youth are restricted – by unrest, war, unemployment and cost of living – then the rest of society will also come to suffer. Though recent years have seen many United Nations Development Goals realised, to the great benefit of the global youth, the looming threats of conflict, disease, climate change and dwindling natural resources now threaten to undo this progress. As ever, it will be the global youth who have the most to lose. In Afghanistan, almost twenty years after young women and girls were finally permitted to receive an education, the Taliban’s vengeful return in August 2021 marks a cruel reversal of fortunes. Prior to the Taliban’s conquest, in 2018 there had been more than one million young Afghan women enrolled in secondary school and 2.5 million in primary school, representing a 40% total enrolment compared to just 6% in 2003. University education for women had also soared, with Kabul University opening a Master’s Program in Gender and Women Studies in 2015. Now, the future for Afghanistan’s young women and girls looks uncertain. The Taliban’s promises that women and girls can receive an education, permitted that it is aligned with Islamic law, has sounded the death knell for the hopes and dreams of millions of young women and girls in the country.

For Ethiopian youth caught up in the violence erupting in the Tigray region, their chances to succeed have been severely limited. Now, rather than studying hard in school to improve their chances of a fulfilling life, a civil war and deadly massacres have, instead, made survival the priority. Whereas no civil conflict or terrorist insurgency loom over the youth of the small island state of Fiji, climate change-induced sea level rise threatens the very existence of the country itself. With their entire future in jeopardy, young Fijians not only have to contend with the challenges of simply growing up, but will also have to seriously consider whether their homes and livelihoods will have disappeared within their own lifetimes.

Where youth are striving

However, to write off today’s young people as a doomed generation would be a mistake. Despite the trials which face them, global youth continue to demonstrate their adaptability and ingenuity during crises. Indeed, there is no reason to believe that this generation of young people will not courageously rise to the challenges of their time – as past generations rose to theirs. If this year’s Young Activist Summit #YAS21 was anything to go by, then we can be sure that global youth will continue to develop creative solutions to the problems we face. This year’s November 2021 summit showcased the achievements of six remarkable young activists and shed light on the bold new ways we can adjust to adversity.

Take 26-year-old Young Activist, Lual Mayen, from South Sudan. He developed a video game called “Salaam’’ which allows players to take on the role of a refugee: fleeing falling bombs, seeking water, and obtaining energy points which are all required for the character to survive. By making in-app purchases, players support NGOs providing basic human needs to those residing in real-world refugee camps. Lual created the game as a result of his own experience as a refugee, when, as a newborn, he and his parents undertook a 225-mile journey from his conflict-stricken homeland of South Sudan to a Ugandan refugee camp. His ability to turn a painful family memory into a tool which can allow others to learn more about the consequences that war has on civilians should be seen as an irrefutable sign of global youth’s adaptability and ingenuity.

23-year-old Louise Mabulo, from the Philippines. is another young activist whose work underlines how hope and a passion for change can turn into action and lead to incredible results. As the founder of the Cacao Project, Louise heads an initiative which both teaches farmers in her country how to produce cacao sustainably, and has managed to help revive reforestation. Louise’s efforts are to be highly commended, for her project is responsible for planting 70,000 trees and training over 200 farmers. Once again, we see the resolve of young people; to rise to the challenges which confront us, to adapt to rapidly shifting situations such as climate change, and to showcase their ingenuity during difficult times.

More work to be done

Being a 24-year-old myself, I can definitely attest to the determination of my generation to achieve our goals. Rather than focusing on the negative, many young people now embrace a more positive approach to problem-solving, and the work of those participating at the Youth Activist Summit 2021 certainly reflected this. Optimism can be a powerful force for change, as much as any political slogan or ideology – and young people are at the forefront of this. However, optimism alone won’t be enough to support our global youth moving forward. We will need real action from world governments and organisations if we want to secure the future of young people. In the developed world, governments must start to more seriously tackle youth-related issues. From providing affordable housing and employment to resolving drugs and knife crime, governments in many developed countries are not doing enough to support young people struggling just to make a start in society.

In developing countries, where populations are among the most youthful in the world, governments must remove the corruption and other societal barriers that are often in place, and which restrict the achievements of many young people. Moreover, ensuring that women and girls receive a full education is essential for a country’s economic, political and social development, in order to avoid cycles of dependency and widespread poverty. Most importantly, countries experiencing war should work diligently to bring conflict to a swift, peaceful conclusion, for the sake of the welfare and lives of all of civilians, including young people – who are so often caught up in or even drafted into the conflict itself.

Such issues are discussed within the UN’s Common Agenda, with UN Secretary-General António Guterres proposing the establishment of a “dedicated United Nations Youth Office” to better coordinate youth-related issues across the United Nations. It is now time for state governments to show the same commitment and take a stand in support of all global youth. Empty words with no actions to follow will no longer suffice. Supporting the world’s youth would be the smartest investment humanity could make, and it is high time that governments realised this.

* Jake Sanders is a student of Political Science and an intern at the United Nations Information Service (UNIS).
Read more articles about GLOBAL AFFAIRS