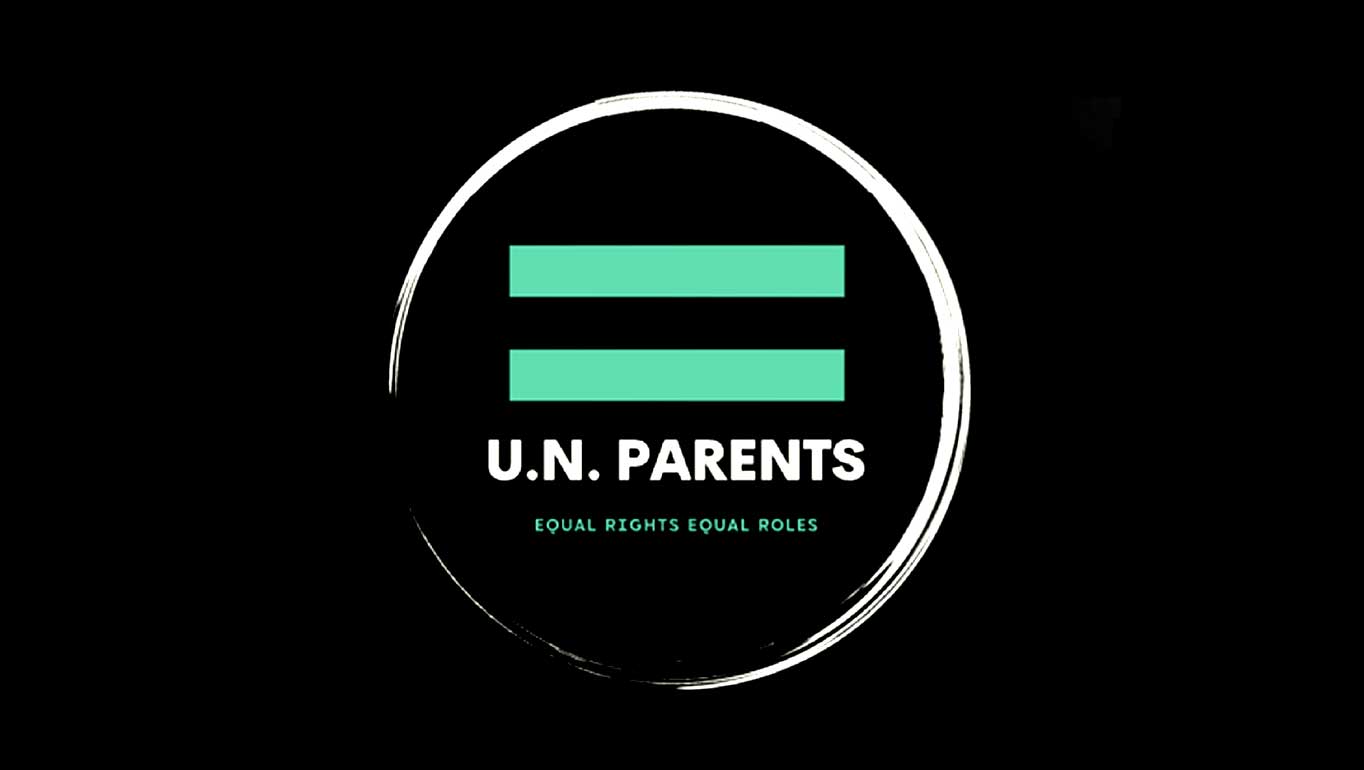 “We live in a male-dominated world with a male-dominated culture and male-dominated power structures. This has inevitably affected the institutional culture of the United Nations…” said Secretary-General António Guterres in his opening remarks at virtual dialogue with the Group of Friends of Gender Parity in March 2021.

At U.N. Parents, we agree with him and believe it is time to walk the talk.

Let’s start with parental leave, a reflection of this male-centered culture, with 4 weeks for fathers and 16 weeks for mothers. Both are inadequate.

The current parental leave policy reinforces gender inequality by discouraging a more active role for fathers in raising their children, and indirectly places the prime responsibility of caregiving on women. This has repercussions, reflected in the larger career gaps for women (the motherhood penalty), which has in turn led to noticeable gender imbalance at the UN’s more senior levels.

Here, a group of parents describe how this unequal policy has impacted their family and point out at least two things that need to change to achieve workplace and household equality.

Parental leave is too short, discriminates against by gender, and reinforces outdated family dynamics

Bardia Jebeli, Human Rights Officer at the Office of the High Commissioner for Human Rights-Tunis

Bardia: I was lucky to have any paternity leave, an entitlement that is almost non-existent in my country Iran. But one month was very short. While I was expected to go back to work at the end of four weeks, my wife, entitled to a longer leave, was expected to stay at home and assume full-time care of our child. I carried with me a sense of injustice, a feeling of shame, not just for myself but also toward my partner, which I could do little about. I had to choose between continuing to support my family financially by going back to work or taking a special leave without pay to prolong my stay with them. Since we could not afford even one month without a P2 salary in Geneva, the decision was clear. Despite my best intentions, sharing the great task of taking care of a dependent human being equally, was not an option, and that in itself pushed us into unequal gender roles from the beginning of our family life. I have been carrying that frustration with me every day since the very beginning.

Aurélie Rapenne, Partnerships Specialist for UNICEF in Nairobi and Fabio Thoma, a Technical Officer at the International Labor Organization (ILO) in Geneva:

Fabio: After I became a dad, I took my paternity leave plus 1 month of annual leave. Yet going back to work after this period was extremely difficult. I felt that we had just started bonding and I already needed to return to work. Once I had to resume work, Aurélie who was entitled to 24 weeks of leave (1) , took full care of our child.

Aurélie: I was grateful to have 2 months to start to find a balance together as a family. However, this was not enough and I feel we were forced into a traditional model where the mom stays home and the dad goes to work. I believe that the UN should lead by example. An ambitious and flexible parental leave package would allow dads or non-gestational partners to spend equal time with their children and share the burden equally, personally and professionally.

The Secretary-General seems supportive of this approach since he recommended that “the maternity, paternity, adoption, and surrogacy leave policies should be replaced with one standardized parental leave policy of six months to promote equal caregiving”. (2)

Stefan: It is not just existing parental leave policies that determine who stays at home with young children. Exorbitant price tags on childcare in the two biggest duty stations of New York and Geneva also create situations where unaffordable childcare leads to one parent taking on caring for the child at home. Childcare for us was almost as high as our monthly rent, and for three days per week, not five! It is surprising that there is no support for kindergarten costs. Meanwhile, education grant only kicks in as of elementary school. It’s a big sacrifice for parents at a time when support is needed the most.

Luckily, we are now at the UN in Vienna, where childcare is more affordable. But I hope there can be a change of policy on parental leave and family support so that parents have more leave time and more support in a time of their lives of crucial importance for the physical and mental well-being of their children.

Matthias: At first my family and I were excited to learn that I had been recruited to the ITU in Geneva. We were living in the US and were looking forward to soon be in a place with more support for families. However, once we learned what having two children in Geneva meant, we were once again faced with the choice of one of us staying at home until my partner had found a job that would pay enough to cover the expenses of childcare. Finally, I was able to live and work from Berlin, but I find it surprising, to say the least, that the UN believes that our children need care only when they are six years old when the education grant starts to apply.

We commend the efforts of Head of some of the Funds, Programs and Specialized Agencies (3) who have supplemented maternity and paternity leave with special leave with pay for their staff. Yet, this is far from sufficient. It is based on the individual manager’s goodwill, leaves out the Secretariat which accommodates the majority of UN staff, and does not add up to the recommendation of the Secretary-General for a six-month gender-neutral parental leave across the system.

We believe our current system is discriminatory and unfair, towards women and gestational parents who are often forced to choose between career and family, towards men and non-gestational parents who are unable to play the role they want to in their family, and towards children. By providing less leave time for one parent to attend to their parental duties, the United Nations is by design placing the burden of childcare on the gestational parent, who is recovering from 40 weeks of profound physical and mental upheaval. This further perpetuates gender stereotypes, negatively impacts families, and reinforces existing gender inequalities in the workplace.

We feel it is time to end this outdated policy and ensure the organization continues to lead by example in areas of labor policy, gender parity and staff well-being. We have therefore come together as parents, and as staff, to request a policy change from the United Nations, which we joined primarily because of our profound faith in its founding principles and values.

We have founded our group, “U.N. Parents”, on the premises that parents should have “equal rights and equal roles”, irrespective of whether they have adopted, have chosen surrogate parenthood, or belong to the same sex. We believe that equal parental leave is a must for achieving gender equality and well-being of staff, that the United Nations is an organization that evolves with the times and that change is possible. If you are of the same belief, join us on Facebook (https://www.facebook.com/groups/394416412430525/) and LinkedIn (https:// www.linkedin.com/groups/14025001/) or reach out to us by email (unparents@gmail.com) to take part in our planned activities, enrich our reflection on the subject, and help our collective voice be heard by the United Nations.

(1) Compared to 4 months at the Secretariat.

(3) See for instance “Joint statement: One UN for family leave and childcare”: https://cutt.ly/LTusbY2

* "U.N. Parents: Equal Rights Equal Roles” is an informal group of staff and non-staff across duty stations, intending to suggest reforms to the UN parental leave policy and advocate for more child-centered family policies across the UN system.
Read more articles about INSIDE VIEW