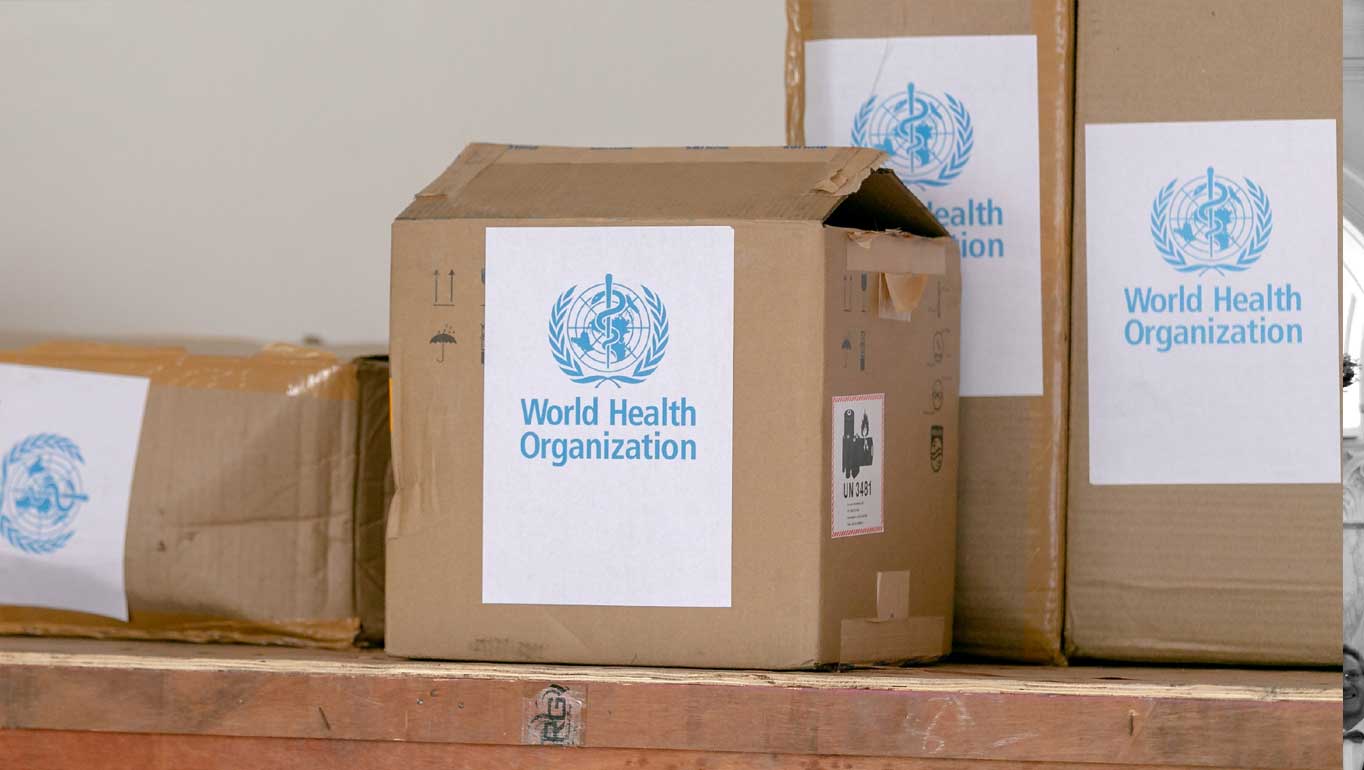 Did WHO do enough to curb COVID-19?
Scrutinizing WHO's actions in responding to COVID-19, reducing vaccine inequity, and deciphering COVID-19 origins
By Vedant Kulkarni*
23 Mar 2022

Did you too notice that with increasing news from the Russia-Ukraine geopolitical crisis, the COVID-19 pandemic seems to have vanished! But the reality is that 2 million COVID-19 cases add up every day, and several nations (especially in the global south) have vaccination rates of even less than 5%. Even after 2+ years of the pandemic, if we are at this stage, did the World Health Organization (WHO) do enough?

We all know that the Chinese authorities informed WHO about “viral pneumonia” on 31st December 2019. In less than ten days, WHO activated emergency response mechanisms, shared detailed information through the IHR event information system (accessible to all Member States), and issued a comprehensive package covering infection control, testing, travel advice, etc. Seeing all of these advancements, we can say that WHO’s first response was prompt and fitting.

But was it comprehensive enough? WHO (as an international mechanism) lacked the legally binding power to enter countries to investigate without their permission (according to a speech given by the South Korean President). This indeed served as an obstacle for the international community to transparently assess and extract the technical and biological information about the virus and disseminate it in the most initial and significant stage.

WHO had to completely rely upon and disseminate the information shared by the Chinese authorities. For instance, WHO tweeted that preliminary investigations by the Chinese authorities had found “no clear evidence of human-to-human transmission.” But only when WHO performed its first field visit to Wuhan almost a month later could it see the human-human transmission taking place.

Overall, WHO’s 1st response was swift, and it built great capacity among member states to get ready for the virus, but it had loopholes at examining more about the virus independently.

WHO did a magnificent job in outlining solutions like: utilizing the COVAX and the African Vaccine Acquisition Trust (AVAT) adequately; G7 and all dose-sharing countries to fulfill their pledges (donate vaccines) with enhanced pipeline visibility; to eliminate export restrictions on vaccines; and to share licenses, technology for amplified manufacturing. WHO also initiated the “Vaccine Equity Declaration” and put together resources for awareness about vaccines.

However, WHO fell behind in influencing its member states fully at complying with these solutions. COVAX and AVAT mechanisms worked but were underused; WHO Director-General himself condemned the fact that High-income countries had promised to donate more than 1 billion doses, but less than 15% of those were materialized by September 2021; restricted license sharing was in place. Although it is true that WHO cannot compel a government, more efforts could have been taken bilaterally and multilaterally to implement the solutions already at hand.

Moreover, the delay in approving certain vaccines led to further inequity in availability and distribution. For instance, the Indian indigenous Covaxin vaccine was not approved by WHO (for around 5-6 months) due to non-compliance of “an acceptance of the manufacturer’s expression of interest (EOI),” leading to Covaxin’s disapproval outside of India and confusion in masses.

In a nutshell, WHO was primarily successful in doing its best at curbing vaccine inequity, although it needs to keep drawing and catalyzing more impact.

After WHO’s first mission to identify COVID-19 origins (which proposed the likeliness of transmission from an intermediate host), the next group to reinvestigate the origins with greater depth was the Scientific Advisory Group for the Origins of Novel Pathogens (SAGO), established in August 2021. The first meeting of SAGO was conducted on the 23rd November, without any updates of any substantial development. Post that meeting, there hasn’t been any update from WHO, except one in February regarding WHO Chief’s conversation with the Chinese premier. Thus, despite substantial international pressure to identify COVID-19 origins (including a UNGA resolution) based on science, the progress seems to be very little.

According to experts, not knowing the exact origin of the virus delayed the fabrication of medications and vaccines and thus has contributed to the mass demolition of not just economies around the world but also of hundreds of millions of human lives.

WHO’s work has been crucial in tackling the crisis throughout the past two years: to help countries prepare and respond, ensure vital supplies and training reach frontline workers, break dangerous myths, and boost medical and vaccine research. Working on the few loopholes will help sharpen its impact such that it assists humanitarian assistance with utmost accuracy and transparency. So has been the objective of framing this article – not to disgrace the actions of any entity, but to look forward to exceptional action and impact ahead.