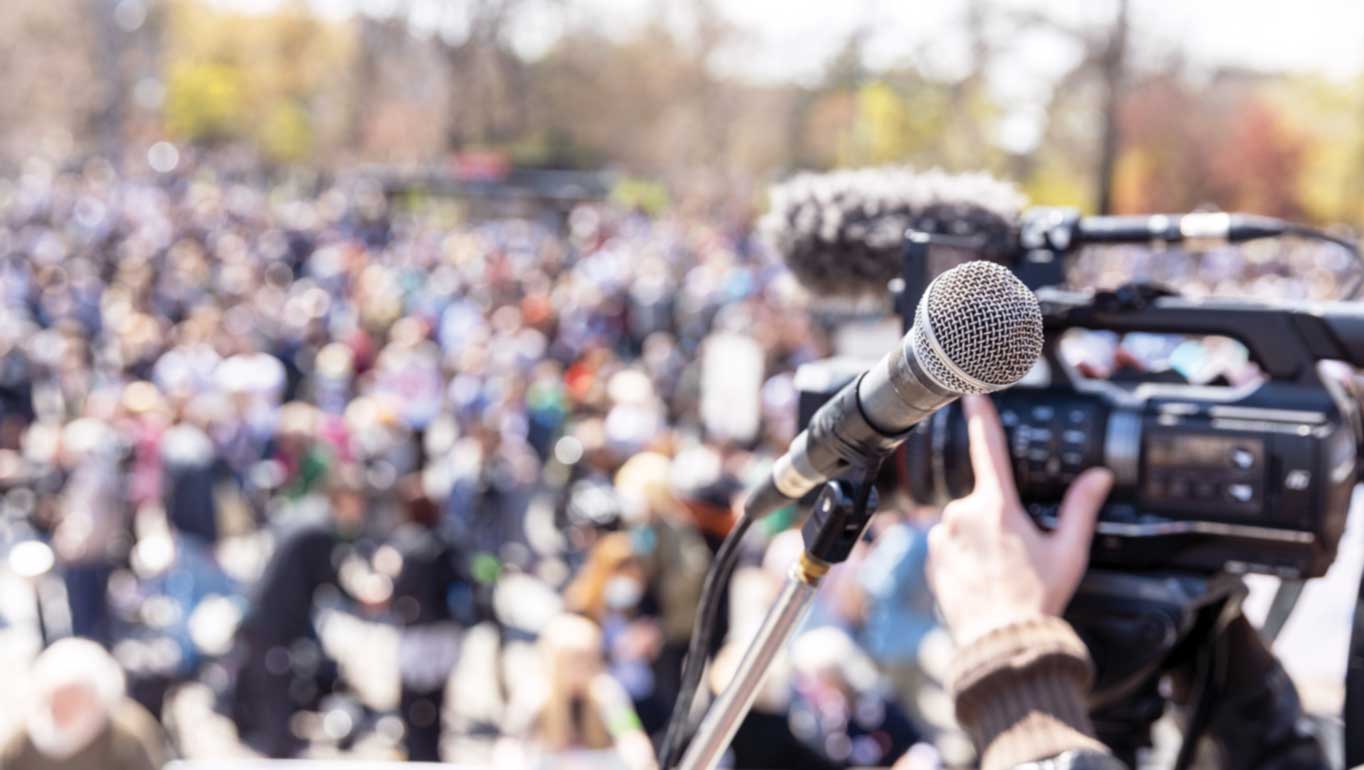 Can civil society mobilisation shape the agenda at the local, national and global levels?
Highlights of Greycells’ intergenerational dialogue 2021
By Manuela Tortora*
1 Nov 2021

Social mobilisation is nothing new. It is enough to remember the mobilisation achieved by Mahatma Gandhi based on non-violent methods and Satyagraha (passive political resistance), or by Nelson Mandela, who mentioned “Unite! Mobilize! Fight on! Between the anvil of united mass action and the hammer of armed struggle we shall crush apartheid!”, or by Martin Luther King, who achieved the massive mobilisation of African Americans. Gandhi, Mandela, and Luther King had a significant impact, not only at the national level but universally, and not only in their historical moment, since they are of great importance today.

In the 21st century, the world is more interconnected than ever but faces global challenges that affect people, economy, and the planet. Social networks are an inevitable actor, from which influencers and activists such as Greta Thunberg have emerged. It seems pertinent to ask the question whether the mobilisation of civil society can, at the present time and with the current challenges and tools, shape the agenda at local, national, and global levels. At the Greycells Intergenerational Dialogue 2021, we asked the question, and the answer was a resounding “Yes!”. Civil society activists of all ages and latitudes substantiated this claim through sound examples and thought-provoking lessons.

The first and possibly the most important lesson is that, to have an impact, mobilisation requires organisation in addition to the capacity to transform ideas into rights embedded in national and international rules, standards, and legal provisions, all of which result in actions and impact. Taking to the streets is not enough: advocating and informing (sometimes putting your own life at risk), voting for the defence of rights, working for new laws, and acting as responsible citizens – this is what brings change. Fighting against the shrinking space for civil society also matters, including at the UN, particularly when globalisation threatens the role of communities and when democratic values are eroded.

All forms of social and economic exclusion, including when based on gender, race or age, are a challenging cause for civil society’s movements. Experience of ethnic or religious discrimination shows, in the first place, the need for strong ownership, advocacy and leadership by the concerned communities. Then, bringing the cause to other levels – national and multilateral – requires building broad coalitions.

For instance, domestic workers’ social security in Mexico is now a constitutional right, thanks to young activists supported by women legislators. In India, facilitating local leadership and organised movements of the most vulnerable groups is a way to fight against inequalities. However, much more needs to be done to bring the persecutions of minorities like the Rohingya in Myanmar to the forefront. One of the panellists of this Dialogue shared her indignation regarding the indifference shown by the international community towards the genocide of Yazidis in Iraq.

Knowledge, representation, and your own actions matter

The gaps in knowledge and representation undermine the voice of marginalised communities: did you know that in Wikipedia there is more information on Paris than on the whole of the African continent? An initiative such as WikiAfrica helps African youth to move from being passive knowledge consumers to being active knowledge producers.

Many experiences show that everybody can contribute to advancing in local, regional or global objectives, but that we all need to get out of our comfort zone and become global changemakers by making challenges and solutions visible. Education, advocacy and actions of civil society can change perceptions as well as realities in both developing and developed countries.

However, changing laws and policies is not easy without political will: Swiss and global environmental activists across generations – from Generation Z to the association of Grand-Parents pour le climat – know it very well. They persevere with their agenda relentlessly, since the 80’s, when civil society movements became ‘green’ political parties, and since the UN Rio ‘92 Conference brought climate change to the desks of multilateral diplomats.

Panellists expressed their frustration because there is a wide mediatisation of environmental issues, thanks to civil society’s pressure, but little is changing regarding laws and policies.

National and global awareness raised by environmentalists is a success but remains a smokescreen until radical measures are taken in the five to seven years left before environmental damage becomes irreversible. Strikingly, the COVID-19 pandemic is managed – with more or less good results – as an urgent crisis, while climate change, biodiversity, or consumers and producer behaviour is addressed as if time was not of the essence. Each small action counts because each degree in the reduction of CO2 emissions counts.

African women stopping bushfires because they are directly affected by the mismanagement of forests tells a powerful story of local mobilisation. Larger actions such as the case won by civil society against Shell’s polluting practices in The Netherlands confirm that combining the street with justice and political will is a good strategy.

Sometimes, however, lack of political will seem an insurmountable obstacle, as in the case of Corporate Social Responsibility. Contradicting Milton Friedman’s statement (“Business is in business to do business, that’s all”), the UN launched, more than ten years ago, its initiative on what business should do to respect human rights. The OECD then enlarged the scope to include guiding principles on corruption and tax evasion, setting precedents leading to binding national laws. The recent Swiss initiative on responsible enterprises involved citizens in a politically sensitive topic, pushing them to finance, with their own money, the campaign to change laws.

Resistance to change is always tough, and years of work are sometimes necessary to achieve results: one of the most difficult fight for the civil society concerned the UN Convention on the Protection of the Rights of All Migrants Workers and Members of Their Families of 1990. What seemed to be a ‘mission impossible’ is now ratified by 55 countries.

Back to basics: defend values!

‘Back to basics’ is the overarching lesson of this Dialogue: mobilising and organising civil society means to defend values such as human rights, justice, equality, and inclusion. The achievements of civil society, supported by the UN staff, in designing the Sustainable Development Goals (SDG) are a useful reminder of the convening role of the United Nations: goals 16 (on governance), 10 (on inequalities) and 13 (climate action) would never have been included by governments. The world-wide pressure of civil society was channelled through surveys and debates held as far away as in small villages in remote areas, inspired and directed by the values of the UN Charter (starting with “We the Peoples”), human rights treaties, and environmental rules. The key was to connect the SDGs with peoples’ realities: bridging the gap between abstract objectives and daily needs.

All the experiences presented at the Dialogue showed that the “third UN” is increasingly kicking and alive: the first UN, materialised by governments, continues to have power and the final say on decisions, but the second UN (the staff) and particularly the third UN, i.e. the civil society, generate critical ideas and initiatives on human rights, development, and the environment, that subsequently become actions and rules.