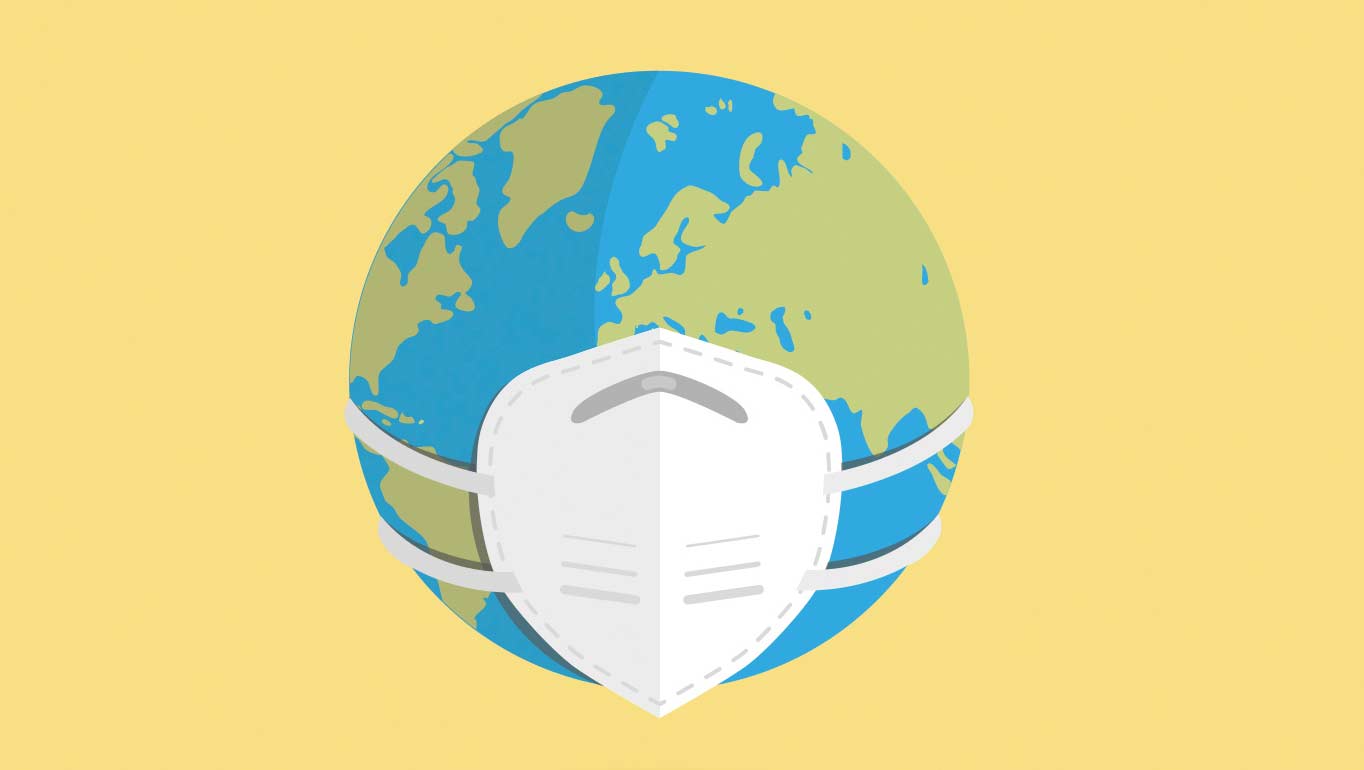 Are we ready for the next health crisis?
As WHO and partners prepare for the International Day of Epidemic Preparedness in December, we ask Dr. Sylvie Briand about the past, present, and future
By Daniel Nazarov*
1 Dec 2022

What have we done right and wrong in the past? Have we learned lessons from the most recent outbreak? What are the next steps for a better outbreak response? And how does this all tie in with International Day of Epidemic Preparedness in December? Dr. Sylvie Briand, world-class expert and Director of the Pandemic and Epidemic Diseases Department at WHO, gives her thoughts.

Dr. Briand, you led the Global Influenza Programme of WHO during the swine flu pandemic in 2009. You also served in the Global Task Force on Cholera Control and as lead for the yellow fever initiative at WHO. How would you compare the approaches that were taken to combat swine flu and COVID-19?

When it comes to H1N1 (swine flu), one key factor is that we already had early warnings. There was an alert as early as 1997, and in 2003, the threat re-emerged in parallel to SARS-1 (Severe Acute Respiratory Syndrome Coronavirus 1). Due to these red flags being raised, the world was already on high alert. It was also during this time period that the negotiation of the new International Health Regulations (IHR) took place, which were later adopted in 2005 and came into force in 2007.

As a result, from 2005 until 2009, just before the outbreak, countries were well-prepared for what was to come: many countries developed plans, did simulation exercises, and conducted capacity-building activities in order to respond to these early warning signs. I remember that, according to a study we conducted during that period, there were 116 national plans officially recorded. When the H1N1 pandemic happened in 2009, the response was well implemented: the actions were commensurate to the risk, and even though we were not entirely certain as to how the virus may evolve, a vaccine was developed in a relatively short period of time.

That is not to say that everything went well. For instance, the lab response was lagging behind, and we did not have good statistics on hospitalization rates and death counts, which is why we officially had 18,000 deaths recorded by the end of the pandemic, whereas a more sophisticated analysis that we conducted at a later stage gave us a more realistic figure between 400,000 to 600,000 deaths in the first year.

But overall, I do believe that the reaction to the outbreak was correct—there was good coordination, no excessive measures were taken, and it was well managed. Yet, there was a flip side to this accomplishment: following the H1N1 events, many countries became victims of their own success and reduced their interest and attention from pandemic reactiveness strategies. Since 2009, many countries have seen political changes, shifts in priorities, and their country plans were not updated. By the time COVID-19 started, the memory of epidemic preparedness was lost, and we had to face the crisis from a starting point in which many actors were not prepared to face such a problem.

This was not the case globally, however. In Asia, for example, many countries were much more prepared, due to the recent experience of MERS-CoV (Middle East Respiratory Syndrome Coronavirus) in South Korea in 2015. It was a complex outbreak, and an array of counter-measures were taken to fight it, which in turn, affected the economy. It was following that experience that South Korea decided to invest much more attention and resources into preparedness. At the same time, due to fear of SARS or MERS returning, neighbouring countries adopted similar prophylactic approaches, and as a result, we saw a more appropriate reaction to the COVID-19 outbreak in that region in comparison to less prepared countries.

Going back to the 2003-2009 period, I am certain that if countries were not on alert, and there was not an early reaction, governments and other actors would not have had the capacity to respond, and the outbreak would have been much more serious.

You mentioned how despite the achievements of the past, the knowledge and know-how got lost. Is this something that the International Day of Epidemic Preparedness aims to address?

Yes, absolutely. In fact, we should go beyond simple awareness-raising—in parallel to leveraging awareness at the political level, we must also work on putting relevant mechanisms in place. For example, what really saved us during COVID-19 is that we already had a laboratory network for influenza, which just celebrated its 70th anniversary in October. GISRS (Global Influenza Surveillance and Response System) is a very strong system operating in 130 countries. When the COVID-19 pandemic first began, we immediately addressed these labs, who were then able to properly diagnose COVID-19. Similar mechanisms which are sustainable and scalable when needed, are of the utmost importance. An important next step for the global community

is to identify, in a timely manner, what kind of global mechanism would be needed for the next pandemic, so that if such a mechanism already exists, we can ensure that it is scalable upon demand; and if it doesn’t exist, that we can create it. This should really be one of the main focuses these days, as the creation of a global mechanism from scratch is a time-consuming process, and therefore must be put in place before an outbreak, and not as a reaction to it, when it’s already too late.

Earlier this year, we published a report titled “Imagining the Future of Pandemics and Epidemics,” in which we apply sophisticated foresight methodologies to develop scenario-specific solutions. A good first step to identifying this global mechanism would be for audiences to familiarize themselves with this report, as one of its main focuses is about shifting from a reactive to a proactive approach in addressing infectious threats.

Who is the main audience of the International Day of Epidemic Preparedness?

It’s a mix of all actors, ranging from political leaders to civil society. We need awareness at all levels, and we need all countries on board. For this reason, we have a new plan called “UHPR,” which combines Universal Health and Pandemic Readiness. You cannot control an outbreak without communities and civil society. In an outbreak, everybody is an actor: we are all potential victims of the virus. As we have seen during COVID-19, no one was protected, not even presidents. We can all be infected by a virus, and so we all must be active participants in the response. Therefore, we need to engage everyone—political leaders, NGOs, civil society, and other non-state actors if we want an adequate response to a future crisis.

I must note that the timing of the International Day of Epidemic Preparedness is unfortunate: it falls between Christmas and the New Year—a period when people don’t want to think about future crises or looming threats, especially in countries that observe these celebrations. It’s definitely a communication challenge from that perspective, but the importance of maintaining momentum remains as relevant as ever.

We are still struggling with many outbreaks across the world: Cholera in 29 countries, Monkeypox, COVID-19, and Ebola are a few examples. We are constantly running after the next crisis, and that’s why this day (International Day of Epidemic Preparedness) is so important. If every country in the world, and all the people in it, become more prepared, I believe that we can shift from a reactive mode to a preventive mode and deal with these crises. They will continue to happen, but currently we can see that every time an outbreak happens, it’s perceived as a surprise or shock; but we shouldn’t be surprised, we should be prepared. Hopefully, this is something that this day will address.

* Daniel Nazarov is a Consultant at the United Nations Institute for Training and Research (UNITAR).
Read more articles about GLOBAL AFFAIRS