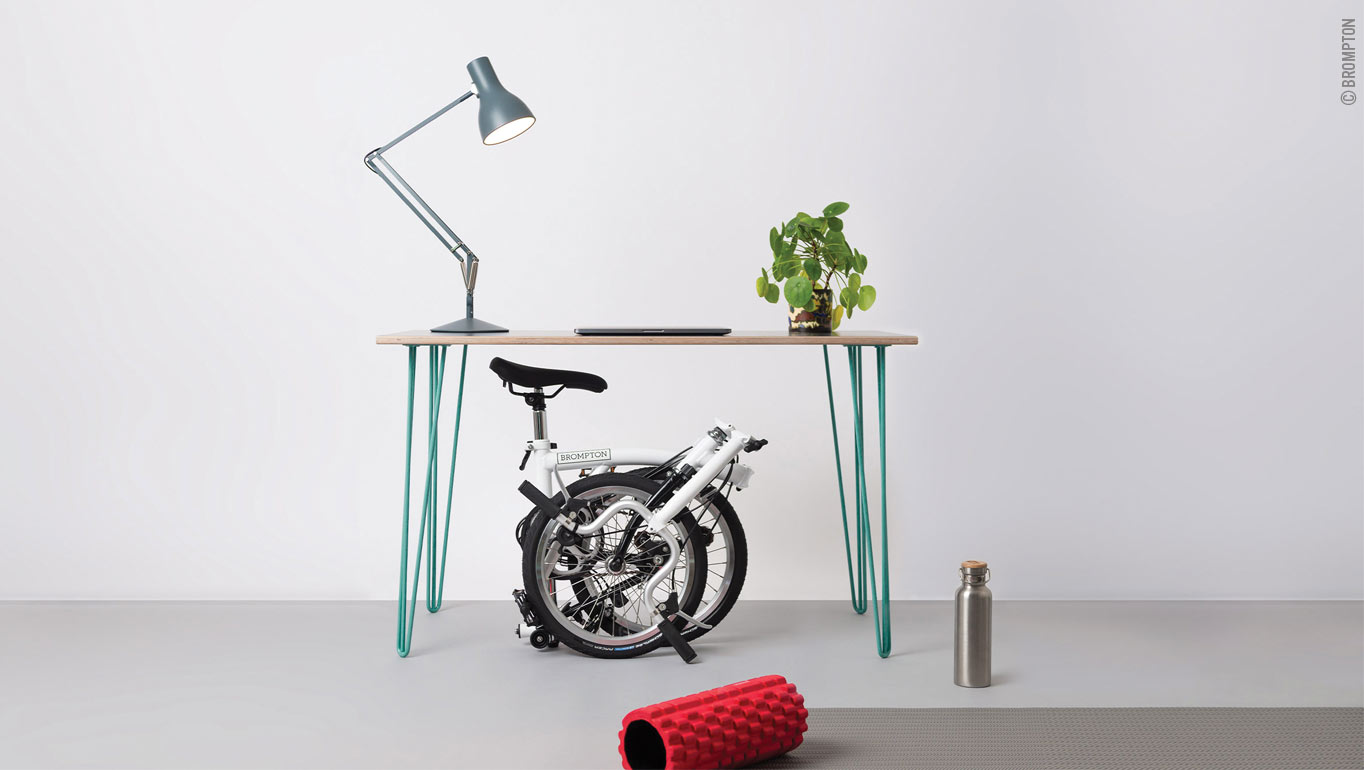 Have you tried riding a folding bike in Geneva?
On World Bicycle Day we talk to Will Butler-Adams, CEO of Brompton, the leading brand in portable bicycles
By Julián Ginzo*
1 Jun 2022

Geneva is not a complex city for cycling. In the last few years it has adapted a lot through bike paths. Cycling is not only sustainable, but also faster and healthier. But when it comes to comfort and practicality, what are the options? A folding bike is one of them.

How did the idea of a foldable bike start?

Andrew Ritchie —the inventor— found transport on London unreliable, claustrophobic, and frustrating. He wanted a flying carpet. While he never quite managed that, he did design a stunningly useful folding bicycle which, a little bit like a Swiss army pen knife, appears when you want it and disappears when you don’t. He had very little money and so had to persuade friends to crowdfund his project, something pretty radical in 1975.

However, after many setbacks production finally started in 1988, thirteen years after he sketched out his first designed on his kitchen table overlooking the Brompton Oratory Church, just down from Harrods in London.

What innovative functions have been added recently to the bikes?

The design of the Brompton remains the same but the bike is continuously evolving. Over the last twenty years, material science, computer modeling, 3D printing and robotics, to name a few, have allowed us to optimize the design, improve performance and reduce weight. In parallel with incremental development, we also spent four years with Williams F1 developing a drive system that is light enough, small enough, and powerful enough to fit into the Brompton — no mean feat.

World Bicycle Day recognizes the importance of a too often overlooked mode of transport. We have a practical folding electric bike. Most recently we launched our T line, a complete redesign of the bike, delivering a sub 7.5 kg folding bike made from titanium and carbon to deliver a breathtaking piece of engineering that weighs a feather and rides like a race bike.

The United Nations has declared 3 June, World Bicycle Day. What does this represent for your company?

For over fifty years in many cities throughout the world, the humble bicycle was dismissed as old tech, uncool, and for people who couldn’t afford a car. Yet it remains the most efficient mode of transport ever delivered: it burns calories not carbon, it is good for your mind and soul, and it brings health and happiness to cities.

COVID has been a tragedy, but there has been a silver lining to the cloud. Due to the lockdowns, cities have had to endure, and this has enlightened us as to how cities can be without cars. Cleaner air, safe spaces for people and children, and a shareable sense of community. As life returns to a ‘new normal,’ and with the continuing challenges of climate change, urban citizens don’t want a return to urban gridlock, frustration, polluted air and carbon emissions. They want to redefine urban living, and the humble bicycle has an important role to play in that redefinition.

There are not as many Bromptons in Geneva as we would like to see, and actually not as many bikes as in other cities, such as Amsterdam. What has your experience been with this market?

Geneva is behind many cities around the world and it too has hidden behind the ‘weather,’ the ‘hills,’ the ‘safety,’ and so on. But progress is being made as politicians can sense the will of the people, who want cleaner and safer cities. We know it is possible because real examples of cities exist with worse weather, bigger hills, and which have invested in safe infrastructure and shown leadership by restricting access to cars. Now we have pedal-assisted bicycles, so there really are no excuses!

The United Nations said, “Let’s keep those wheels turning.” Is the trend of biking growing steadily?

After fifty years of denial, cities across the world have realized that they have to change how people live within them. We need to wean ourselves off the car and reconfigure our cities around those that live in them, not the automobile. We have a global climate emergency as well as a mental and physical health emergency in our cities. There simply is no choice, we need to bring active travel back to our urban lives, not electric cars or flying cars, but walking and cycling — not sexy but simple, effective tools that add value to peoples, lives and that of the community. This is not a short-term trend or a fad, it is a long-term movement that will only build over time.

If you had the chance to dream, what is the most creative innovation you would like to have in a Brompton?

Weight, strength, and size all pull in different directions, we need to keep looking for new materials that can revolutionize the convenience of a folding bike, and this means a sub-10kg useful folding electric bike please!