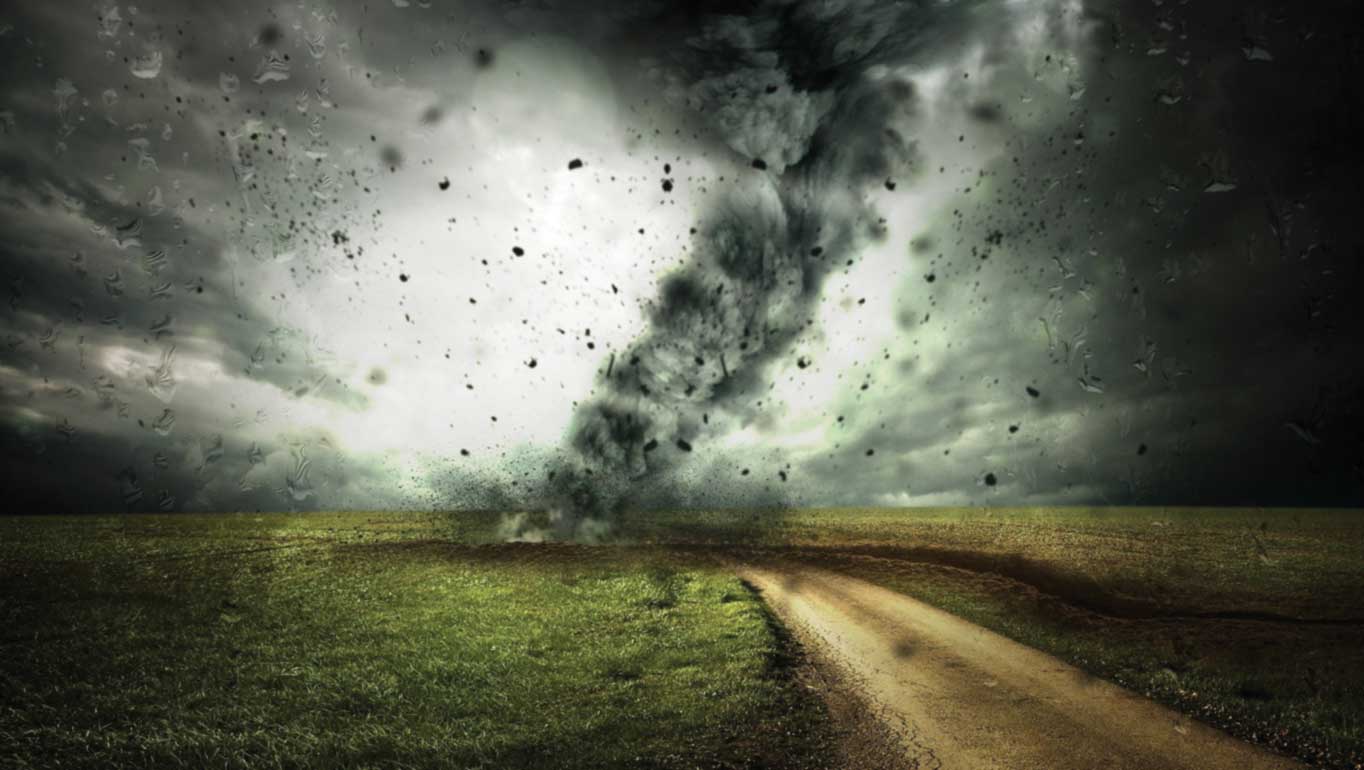 The phrase jumps out of the text of a resolution adopted by the UN General Assembly on 23 December, 1989.

The decade and the international day came about because of a gradual realisation that it was no longer good enough to simply work on emergency response to major disasters, such as the Chernobyl nuclear disaster, the famine which swept the Sahel in the ‘80s, or earthquakes and extreme weather events, without giving consideration to how such events could be mitigated or prevented.

The resolution was evidence of a growing understanding that including a preventive approach in national development plans to reduce the impact of  ‘natural disasters’ “could also be very helpful in preventing other kinds of disasters, such as those of an industrial or technological nature.”

By the time the decade ended a more sophisticated grasp of what triggers a disaster had emerged, including the realisation that there was no such thing as a truly ‘natural disaster’, beyond the fact that many are indeed triggered to some degree by natural hazards. It was the high level of vulnerability and lack of disaster resilience in human settlements that was at the heart of the problem.

In 2016, the UN Secretary-General used the occasion of the IDDRR to launch the “Sendai Seven Campaign”, which references the seven targets of the Sendai Framework for Disaster Risk Reduction (2015-2030) adopted at the Third UN World Conference for Disaster Risk Reduction held in Sendai, Japan, a city which was at the epicentre of the 2011 Great East Japan Earthquake and Tsunami.

Over the last five years and in advance of each IDDRR, UNDRR has launched far-reaching publicity campaigns in partnership with other UN agencies, national disaster management agencies, and civil society organisations, to spread greater understanding of why, and how, achieving the targets of the Sendai Framework on reducing disaster losses is vital to the overall 2030 Agenda for Sustainable Development, especially the Sustainable Development Goals on eradicating poverty, action on climate change, and creating sustainable cities and communities.

The first four years of the Sendai Seven Campaign focused on the four targets for reducing (a) global disaster mortality, (b) number of people affected by disasters, (c) direct disaster economic loss, and (d) disaster damage to critical infrastructure.

During those years, UNDRR has highlighted the sharp rise in extreme weather events and their disproportionate impact on low and middle income countries, which have contributed least to global warming yet bear the greater burden in terms of loss of life, disaster displacement and homelessness, economic losses (as a percentage of GDP), and damage to resilient infrastructure.

An underlying theme in these annual campaigns has always been to encourage UN Member States to develop – with the support as required of UNDRR regional offices – national and local disaster risk reduction strategies as outlined in target (e), as was the focus of last year’s International Day which adopted the campaign slogan “It’s all about governance.”

Successive UN Global Assessment Reports on Disaster Risk Reduction have presented stark evidence that while poverty, environmental degradation, land use and climate change can all be part of the recipe for a disaster, the greatest single driver of disaster risk is weak governance.

A vital part of UNDRR’s mandate to support the implementation of the Sendai Framework is to encourage the strengthening of disaster risk governance at the national, regional and global levels. Good risk governance requires clear vision, competence, guidance, and coordination within and across sectors, and engagement with all relevant stakeholders.

Through capacity development and the online Sendai Framework Monitor, UNDRR supports UN Member States in tracking and monitoring their progress across the seven targets in an open and transparent way. It also organises regular regional gatherings to take stock of progress (four are scheduled for later this year) and a Global Platform for Disaster Risk Reduction (to be hosted by the Government of Indonesia in May 2022) which brings all relevant actors together to identify gaps and challenges in implementation, and to recognise success.

The fragmented response to the COVID-19 pandemic and the failures in progress on reducing greenhouse gas emissions underline the importance of this year’s International Day, which will promote Sendai Framework target (f) which seeks to “substantially enhance international cooperation to developing countries through adequate and sustainable support to complement their national actions for implementation of the present Framework by 2030.”

Increasing official international support for developing countries through Overseas Development Assistance and other official flows for national disaster risk reduction (DRR) actions can be achieved in several ways, including through multilateral and bilateral assistance, and the transfer and exchange of DRR related technology, science, and innovation.

Target (f) also seeks an increase in the number of developing countries supported by international, regional, and bilateral programmes and initiatives, both for DRR-related capacity building and to strengthen their DRR-related statistical capacity.

UNDRR encourages everyone to get involved in celebrating this year’s IDDRR. They can do this by sharing their own DRR stories and community efforts on social media using the hashtags #OnlyTogether #DRRday. Sadly, given the ongoing pandemic it is unlikely we will see so many in-person events organised this year, but a lot can be done online for people who wish to show their support or organise virtual events. Only together…can we save the planet!

* Ricardo Mena is the Director of UNDRR. He has worked for the UN in the area of risk reduction and humanitarian assistance since 1994.
Read more articles about GLOBAL AFFAIRS