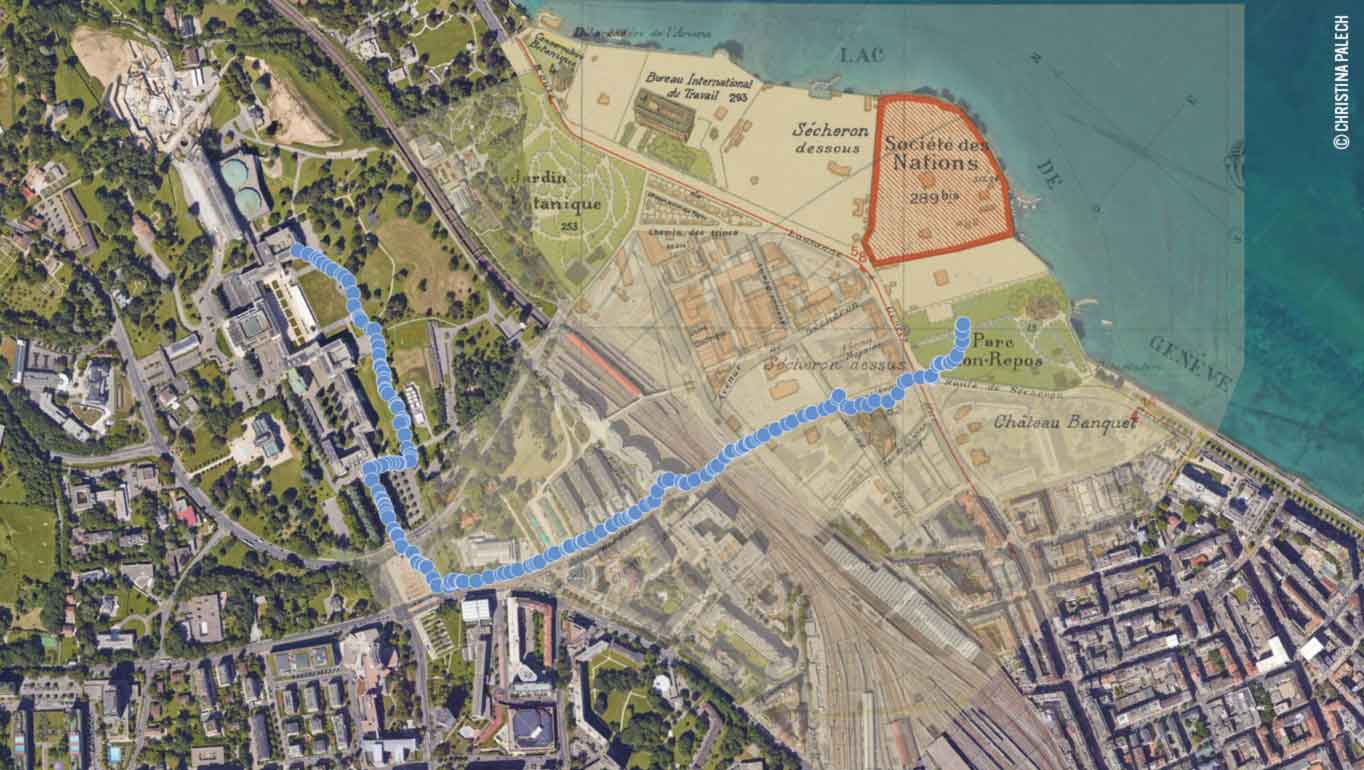 Where we are – the influence of maps
Maps represent what we see around us. They help determine how we make decisions and understand our place in a wider world
By Christina Palech*
1 Apr 2022

Maps allow us to see the world from the comfort of our own homes, but how we understand what we see on a map depends on where we call home. Place remains at the heart of establishing the national identities which come together to make up the United Nations. Where we are born establishes how we perceive what is around us, but maps influence how we see ourselves within the context of the larger world. As geographic information systems advance, maps are becoming more dynamic in how they enable us to understand our world and approach decision-making on a global scale.

By providing an abstract representation of a geographical place, maps blur the line between real space and ideology. Maps enable groups of people to share and agree upon where they are. Naming on a map creates a tangible acknowledgement of a region, culture or country. Maps facilitate nationhood since they create a relationship between where a person is and a larger physical area, though they may never visit every place within that area. At the same time, maps are inherently biased, as the map maker must decide both what information is inlcuded and how, in order for the map to remain readable. As map makers choose what goes on a map, this limits what the map viewer knows about the area, which then affects the decisions a viewer can make based on that map.

Mapping multilateral relations of the past

Map bias plays an underlying role throughout history. This happened as maps originally made with one purpose in mind were later used for other tasks, such as international diplomacy and research, as well as conflict resolution. The League of Nations Library Map Collection*, which is managed by the United Nations Library & Archives Geneva, demonstrates this; the collection of over 15,000 items from the time of the League was largely sourced from member countries, with limited standardization requirements.

This digital collection, which also includes maps issued by the League of Nations surrounding events such as the Sino-Japanese War, the Commission on the Question of the Frontier between Turkey and Iraq, and the Report of the Chaco Commission (just to name a few), provides a key window into how geographic places were perceived while establishing the roots of international diplomacy.

Difficulty in decision-making surrounding these events is apparent in the number of map copies we have regarding certain events. Some of these copies contain various annotations, demonstrating former decision-makers’ competing perceptions of where they understood a place to be, alongside the limitations of the maps themselves. As these historic maps provide a means of unlocking where decision-makers of the past considered themselves to be both geographically and ideologically, modern technology is creating new ways to represent place.

In today’s increasingly digital world, Geographic Information Systems (GIS) capture data through GPS, LiDAR, and satellite imagery, transforming maps from abstract representations of space to a real-time bird’s eye view of reality. Virtually every aspect of the modern economy, environmental initiatives and international relations can be put on a map, tracked and compared. As we increasingly use spatial data to demonstrate new relationships, maintain accountabilities, surveil, and improve decision-making, the way that data is consumed by people remains largely the same – it must be put on a map. Maps are still the most accessible and persuasive way to show relationships between different data points. Though modern spatial data is changing what we can see, it is still the map that lets us understand where we are.

* Christina Palech is the Map Librarian for the LONTAD Project at the UN Library & Archives Geneva.
Read more articles about GLOBAL AFFAIRS