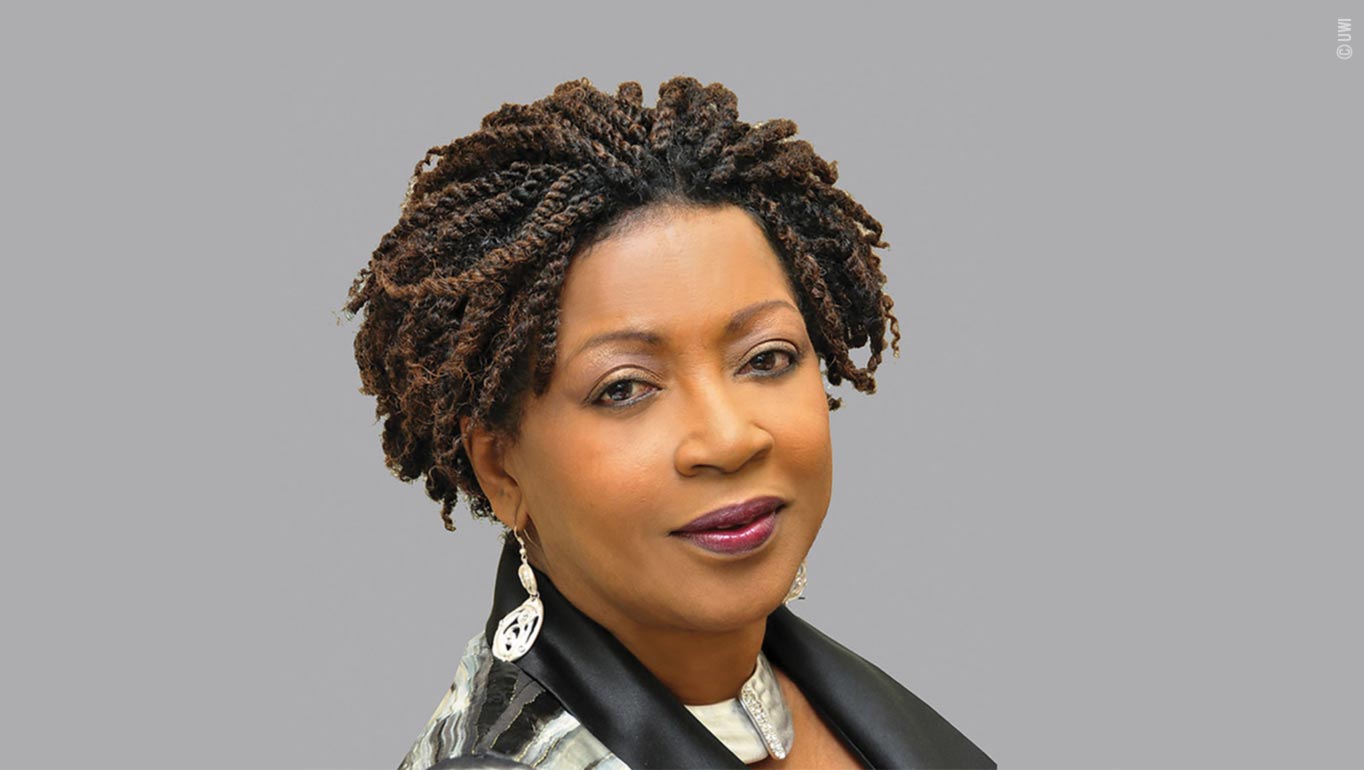 What is crucial to finally end racism?
We talk to Professor Verene Shepherd, a world-renowned historian who advocates for gender justice, racial equality and non-discrimination
By Niraj Dawadi and Nicole Lewis-Lettington*
1 May 2022

What in your view are some of the major challenges in tackling racism and racial discrimination in the world today?

1. The failure to learn from past tragedies that were rooted in racism and racial discrimination (enslavement, apartheid, world wars, genocide against indigenous peoples, such as the Rwandan genocide).

2. The persistence in white supremacist thinking which also feeds into a belief in the hierarchy of ethnic groups / “races.”

3. The failure of UN States Parties to implement international conventions geared towards the elimination of racial discrimination.

4. The lack of education (especially in history and human rights) on what constitutes racial discrimination, and strategies to avoid or eliminate, criminalize (hate speech and racial acts) and punish perpetrators.

What are some of the main elements necessary to eradicate racism from our societies?

It is crucial to build awareness, focus on youth and expose them from a young age in the home and school to tolerance for diversity. In schools, this will involve revamping curricula to include human rights and history education. Also, States should be encouraged to live up to their international human rights obligations. More public education around the consequences of racial acts and more training of those who engage in racial profiling and heinous acts, especially against people of African descent, minorities and other vulnerable groups/individuals, is necessary.

What is your view on the UN’s role in combatting and preventing racial discrimination?

1. We need to continue to commit to our international treaty obligations and popularize them. Many people do not know what the treaty bodies and other mechanisms do in the area of preventing and combatting racial discrimination.

2. Set a good example in all of our work; always act in the interest of the greatest victims of racialized acts.

3. Take responsibility for any violations related to racial discrimination committed in countries served by the UN (during peacekeeping and other exercises) to set a good example.

4. Support NGOs and those on the ground who are activists for the cause and are engaged in public education about human rights in their countries. They can reach communities that UN experts cannot reach.

5. Hold States Parties responsible for implementing treaty obligations, especially under the International Convention on the Elimination of Racial Discrimination (ICERD), which also has general recommendations that speak, for example, to preventing and combatting racial discrimination by law enforcement officials.

As the new Chairperson of CERD, what will your priorities be?

First of all, we collectively set our priorities as a committee. So, with the support of my colleagues, I would like to continue to engage in the conversations surrounding treaty body strengthening and engage in other conversations with the UN that will improve the conditions under which we work as we seek to clear the backlog created by the pandemic. I would also like to increase our visibility and public profile in the media, and continue to reach out to non-reporting States (i.e. where reporting intervals are too long) and to hold informal fora with States Parties that have never reported, to understand their issues.

I want to encourage more engagement with civil society/NGOs, as well as encourage States  that have reservations on ICERD articles to reconsider such reservations. I would also like to  do all that I can to support colleagues who are drafting a General Recommendation on Health (in light of past three years’ experience with COVID-19 and the racial inequalities that emerged over access to vaccines). In the end though, the success of any chair depends on the ability to work collectively and respectfully with colleagues and partners as we implement the ICERD together.

Given your longstanding engagement with the UN as an expert, what is your advice to the UN staff on how to tackle racism and racial discrimination in the workplace?

Do not accept it. Document the instances that are experienced; complain about/report it to supervisors; request training/orientation sessions about it for all levels of your office and stand up for your rights.

Your final message to the UN family on this fight against racism?

I end with words from His Imperial Majesty, Haile Selassie I, and popularized by Bob Marley: “Until the philosophy which holds one race superior and another inferior is finally and permanently discredited and abandoned, everywhere is war. And until there are no longer first- and second-class citizens of any nation, until the color of a man’s (or woman’s) skin is of no more significance than the color of his (her) eyes. And until the basic human rights are equally guaranteed to all without regard to race, there is war. And until that day, the dream of lasting peace, world citizenship, rule of international morality, will remain but a fleeting illusion to be pursued, but never attained…now everywhere is war.”

Racism is uneducated behavior! Let’s educate ourselves about it, teach others about it, and end it in our world!

* Niraj Dawadi is a Human Rights Officer at the Office of the High Commissioner for Human Rights (OHCHR). Nicole Lewis-Lettington is a Programme Coordinator Officer at UNCTAD.
Read more articles about GLOBAL AFFAIRS