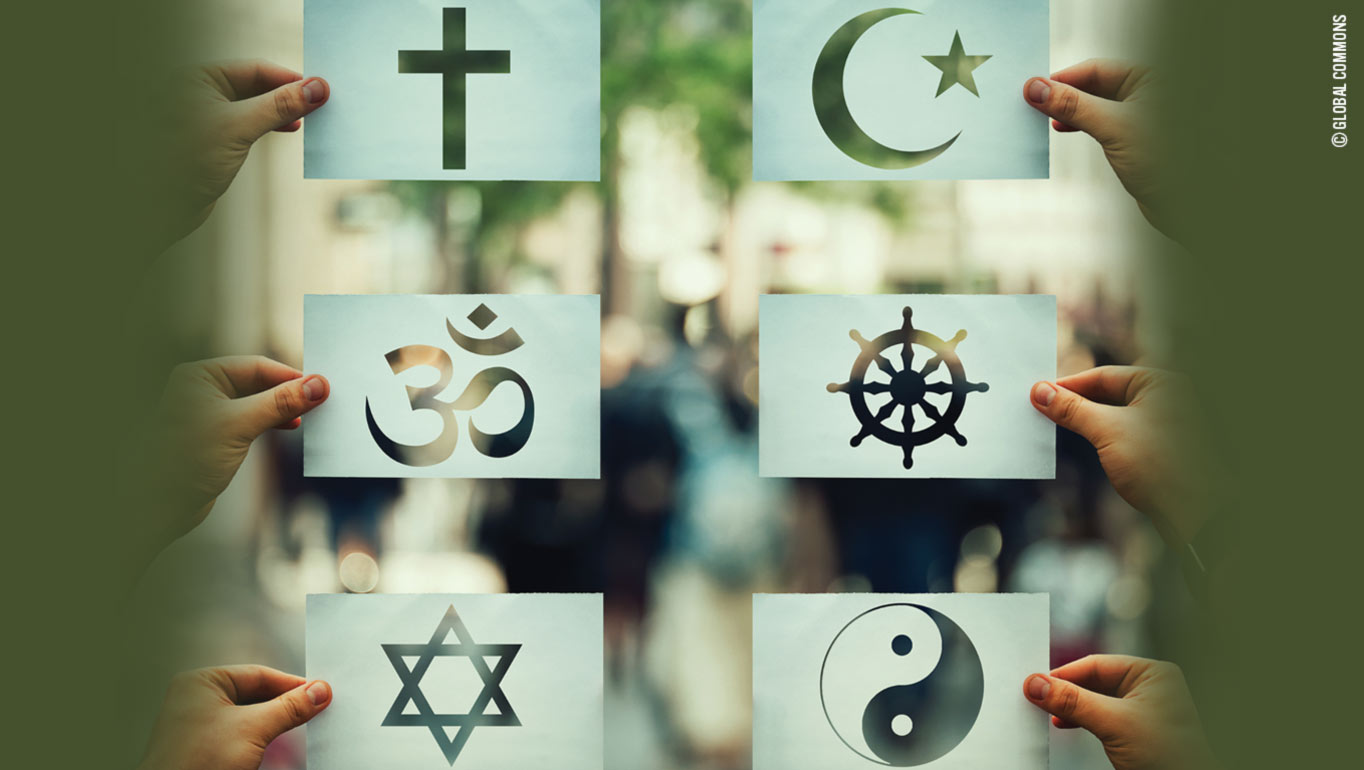 What are the three main lessons to be learned from the interfaith dialogue?
Harness your faith or your curiosity to better understand our world
By Imaan Khan*
1 Apr 2022

Unity, especially in times of crisis, has been strongly linked to the success of dialogue. Interfaith dialogue is especially important when we consider that the vast majority of the global population is affiliated with faith in one form or another. Such a significant proportion exemplifies the need to include faith in our conversations when discussing global systematic issues and how to tackle them. The existence of global tragedies, conflicts and tensions may at first make the concept of interfaith dialogue seem both daunting and confusing, but history has shown us that interfaith dialogue is not just possible but even encouraged in many societies.

UN General Assembly Resolution 65/5 on World Interfaith Harmony Week was adopted just over a decade ago, and remains just as relevant now as it did back then. Proposed by H.M. King Abdullah II of Jordan, World Interfaith Harmony Week goes a step above establishing a baseline of tolerance and goes on to emphasize the importance of improving communication, acceptance and understanding for the betterment of society, as well as establishing a common ground among differing religions and/or faiths.

Following the recent celebration of the 7th Geneva Interfaith Dialogue held at the Palais des Nations, there are three main lessons we can take away from the discussion.

1. There is a history of inter-religious acceptance, integration and coexistence throughout many parts of the world.

While Interfaith Harmony Week has officially existed for over a decade, the notion of interfaith dialogue in itself is most certainly not a new phenomenon. History has shown us several instances when the weaponization and appropriation of faith have been used as justification to instigate conflict. However, this has not always been the case. Coexistence among faiths has been proven to be possible throughout many periods of history, whether it was during the Islamic rule of Spain, the time of the Mughal Empire, or going as far back as Persia under Cyrus the Great, we can look at many examples of successful religious coexistence. Whereas in modern times we might observe tensions caused by the mistreatment of religious minorities, we must remember that coexistence and acceptance have proven to be achievable in the past in multiple contexts across several time periods. This knowledge is essential, should we wish to remain hopeful. A society that has the acceptance of diversity at its core can give fruit to very positive outcomes.

2. When harnessed in a particular direction, interfaith dialogue has the capacity to be a catalyst for social progress.

This was made clear at the Palais des Nations in early February with the seventh annual Interfaith Dialogue, hosted by the Permanent Mission of the Hashemite Kingdom of Jordan and the United Nations Institute for Training and Research.The event hosted ambassadors and permanent representatives from a variety of member states, permanent observers and organizations, who engaged in productive conversation centered on “The role of faith in the fight against diversity during health crises.” This dialogue emphasized the prevalence and importance of social justice and charity work in many of the world’s faiths. For many people, faith acts as a central driving force, providing a moral and ethical basis for long-term action being taken to combat systematic poverty, a situation that is only amplified by the constraints of the COVID-19 pandemic. Viewing sustainable development and capacity building through a faith-based lens is also an important approach to consider. Communities that believe Earth and the life on it have been gifted to us and thus deserve our care, are sure to be motivated to get behind the importance of Agenda 2030 and its sustainable development goals.

3. Interfaith dialogue can aid in the eradication of discrimination.

Misunderstandings and assumptions create a solid foundation for discrimination and intolerance. However, this foundation can be pierced through productive dialogue. At their core, all faiths promote understanding, acceptance, and the kind treatment of others. Interfaith dialogue is therefore essential along the path to social inclusion, as has been emphasized by the Moderator of the Interfaith Dialogue, Alex Mejia, Director of the Division for People and Social Inclusion at UNITAR. Inclusion and interaction with individuals of diverse backgrounds can help eradicate these misunderstandings and assumptions. Understanding and sympathizing with one another, along with the proximity that arises through dialogue, contributes to the blossoming of solidarity, an important aspect of community values. As stressed by UN Assistant Secretary-General Nikhil Seth, Executive Director of UNITAR: solidarity with others is a core tenet of faith.

These three lessons remain of paramount importance and should be consistently emphasized in discussions surrounding faith, diversity, discrimination and pluralism. As multiple speakers at the Seventh Annual Interfaith Dialogue have emphasized: faith is a major tool to be mobilized in order to overcome global challenges, namely in the fight against poverty, a challenge which has grown all the more pressing due to the COVID-19 pandemic. While positive tests and travel restrictions appear to be on the decline, the long-term and systematic repercussions of the pandemic will continue to fester should we not work to overcome them together. A united and cohesive society is one that can establish a stronger foundation and concentrates its drive on combatting major challenges, such as the road to sustainable development. In this light, it is for the betterment of all to promote and facilitate interfaith dialogue.