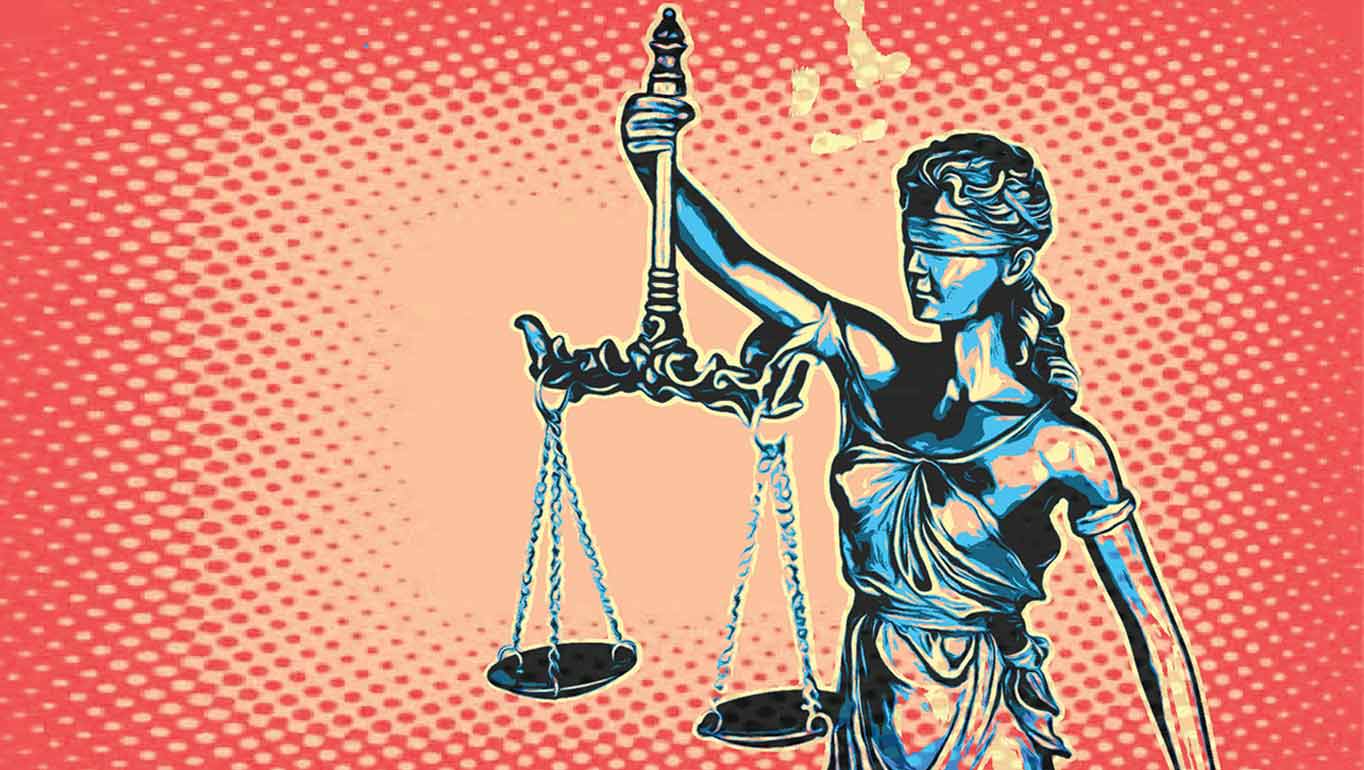 There are many words that are so quintessentially associated with the United Nations that do not actually appear in the Charter of the United Nations; among the three most consequential such words are“veto”, “peacekeeping” and “impartiality.”

The first has often paralyzed the UN’s ability to maintain international peace and security. The second has led to some of the UN’s greatest successes and worst failures. The third is the cornerstone of the UN’s moral authority.

In Article 100, the UN Charter refers to “the exclusively international character of the responsibilities of the Secretary-General and the staff.” This is further defined in Staff Regulation 1.1(a) which provides that “staff members are international civil servants. Their responsibilities as staff members are not national but exclusively international.” Consistent with Article 100 of the UN Charter, the UN oath of office obliges UN staff members to discharge the functions of an international civil servant with the interests of the United Nations only in view, and not to seek or accept instructions from any government or other source external to the Organization.

Article 101 of the UN Charter also refers to the highest standards of integrity. According to Staff Regulation 1.2 on the basic rights and obligations of staff, “the concept of integrity includes, but is not limited to, probity, impartiality, fairness, honesty and truthfulness in all matters affecting their work and status.” The same Regulation stipulates that the status of an international civil servant requires “integrity, independence and impartiality.”

In his renowned 1961 lecture on “The International Civil Servant in Law and in Fact,” then Secretary-General Dag Hammarskjold shed much light on the legal principles underlying his role and giving rise to the notion that, while remaining impartial to the parties, an international civil servant is not neutral when it comes to the law or to the truth. In that lecture, Dag Hammarskjold does not make much ado of the fact that the Secretary-General is not a member of the UN staff and is thus not bound by the UN Staff Regulations and Rules. Instead, he simply speaks about the attributes of the international civil servant.

“If the international civil servant knows himself to be free from such personal influences in his actions and guided solely by the common aims and rules laid down for, and by the Organization he serves and by recognised legal principles, then he has done his duty, and then he can face the criticism which, even so, will be unavoidable. As I said, at the final last, this is a question of integrity, and if integrity in the sense of respect for law and respect truth were to drive him into positions of conflict for this or that interest, then that conflict is a sign of his neutrality and not of his failure to observe neutrality – then it is in line, not in conflict with, his duties as an international civil servant.”

According to Dag Hammarskjold, the impartiality required of the Secretary-General must not imply a neutrality towards the law or to the truth. For the sake of today’s and tomorrow’s United Nations, the Secretary-General must be partial to the UN Charter and the rule of international law – not just as a set of aspirational ideals but more importantly as its founder’s intended – as a roadmap to peace and security, human rights and the preservation of humankind.

In 2019, on the occasion of the 100th anniversary of the international civil service, the Dag Hammarskjold Foundation published my essay on “Restoring the Values and Spirit of the International Civil Service,” in which I argued that the power of principles is ultimately a greater guide of UN action than the principles of power. A return to principled action is necessary for the sake of the UN’s political relevance and moral authority, but more urgently for the sake of the peoples of the world the UN is meant to protect from the vagaries of unprincipled power. Restoring the relevance and credibility of the UN Secretariat, therefore, requires that UN leaders and other UN officials have conviction in the efficacy of adhering to UN principles and values, as well as the courage to act on that conviction. To that end, I concluded it was necessary to redefine impartiality, uphold integrity, and protect the independence of the UN Secretariat. Since then, events in Ukraine have magnified the need to achieve these three imperatives.

Return to a classical definition of impartiality

Impartiality has too often come to mean finding the mid-point between the parties to a conflict. To his credit, Secretary-General António Guterres has explicitly attributed responsibility to the Russian Federation for starting the war in Ukraine. In his statement to the Security Council on 05 May 2022, SG Guterres explicitly stated that “Russia’s invasion of Ukraine is a violation of its territorial integrity and of the Charter of the United Nations.” In his 24 August statement to the Council, he referred to Russia’s invasion of Ukraine. More recently, in his statement on 22 September, he referred again to Russia’s war in Ukraine and expressed deep concern “by reports of plans to organize so-called ‘referenda’ in areas of Ukraine”. SG Guterres also upheld the customary legal principle that “Any annexation of a State’s territory by another State resulting from the threat or use of force is a violation of the UN Charter and of international law.” Finally, he also noted that “thousands of Ukrainian civilians, including hundreds of children, have been killed and injured, mostly by Russian bombardment of urban areas.”

Despite the foregoing, the Secretary-General’s appeals to the parties to end the war impose a false balance between Russia and Ukraine, holding them equally responsible for ending the war. In his most recent statement, SG Guterres appealed to all Member States “to do all they can to end the war and to ensure lasting peace.” This not only belies the primary responsibility of the aggressing party to end the war, it also ignores the order issued by the International Court of Justice, on 16 March 2022, for Russia to suspend its military operations in Ukraine. It also overlooks the resolutions of the 11th Emergency Special Session of the UN General Assembly, adopted in March 2022, condemning the Russian aggression and calling for an immediate, complete and unconditional withdrawal of Russian forces from Ukraine.

Uphold integrity as a higher calling

The impartiality which resides at the heart of the integrity of the international civil servant demands respect for the pronouncements of the International Court of Justice and the other UN principal organs. Holding both sides to a conflict accountable under international humanitarian and human rights law does not obviate the need to condemn aggression by name; even-handedness does not mean equal reference to violations if the scale and multiplicity of the violations of one side far outweigh those of the other. In his May statement, SG Guterres referred generically to “violations of international humanitarian and human rights law, possible war crimes and the need for accountability.” In his August statement, he was “deeply disturbed by the allegations of violations of international humanitarian law and violations and abuses of human rights related to the armed conflict.” Most recently, in his September statement, SG Guterres described the reports of the Office of the High Commissioner for Human Rights (OHCHR) as “a catalogue of cruelty: summary executions, sexual violence, torture and other inhumane and degrading treatment against civilians and prisoners of war”, without naming the party responsible for such cruelty.

In its report, OHCHR had in fact been quite specific about holding each side accountable for its violations, without losing the context of Russia’s aggression and the greater extent of the responsibility of one party for the loss of civilian life and damage to civilian property. For example, in its report of 29 June 2022 on the Situation of Human Rights in Ukraine in the Context of the Armed Attack by the Russian Federation, OHCHR outlined scores of different violations by the Russian armed forces but did not hesitate to point to potential violations by Ukrainian armed forces, including taking up military positions in civilian areas and two documented reports of possible war crimes against Russian prisoners of war and others persons hors de combat. This did not preclude OHCHR from ultimately concluding that the Russian Federation’s armed attack against Ukraine has had a devastating impact and a heavy toll as well as that “[t]he high number of civilian casualties and the extent of destruction and damage to civilian objects strongly suggests that numerous attacks conducted by Russian armed forces did not comply with IHL governing the conduct of hostilities in particular the principles of distinction, proportionality and precaution, and the prohibition of indiscriminate attacks.” To OHCHR’s credit, the report also called upon the Russian Federation to “[i]mmediately cease the armed attack that commenced on 24 February 2022 in the territory of Ukraine and fully comply with the binding 16 March 2022 order on provisional measures of the International Court of Justice.”

Protect the independence of the UN Secretariat

In accordance with Chapter XV of the UN Charter, the UN Secretariat is a separate and independent principal organ. There is nothing idealistic or unrealistic in calling upon the Secretary-General to speak out loudly and stand up independently. It is not clear how surrendering the Secretariat’s only power – its moral authority, is somehow practical or pragmatic. In his May statement to the Security Council, SG Guterres called for an end to the war “for the sake of the people of Ukraine, Russia, and the entire world.”

In August, he said that “[t]he people of Ukraine and beyond need peace and they need peace now.” In September, he assured the Security Council that he “will continue to spare no effort for peace – peace in line with international law and the Charter of the United Nations”. Under Article 99 of the UN Charter, he could do more than call for peace; he should put forth clear and concrete recommendations ranging from a peacekeeping mission to a compensation commission – from accountability mechanisms to an internationally-supervised referendum. The Secretary-General has no authority to impose, but has the authority to propose, the architecture of peace and the demands of justice in Ukraine.

Recalling the orders of the International Court of Justice and the resolutions of the General Assembly; attributing responsibility and demanding accountability for the violations of international law identified by the UN human rights machinery; and recommending concrete proposals within the Secretary-General’s prerogatives and duties under the UN Charter are all hallmarks of the respect for the law and respect for the truth. They do not call into question the integrity, independence or impartiality of the Secretary-General. Quite the contrary, as Dag Hammarskjold assured us long ago, they are “in line, not in conflict with, his duties as an international civil servant.”

* Mona Ali Khalil is the Founder and Director of MAK LAW INTERNATIONAL and a former UN Senior Legal Officer with more than 20 years of UN service.
Read more articles about FOCUS ON