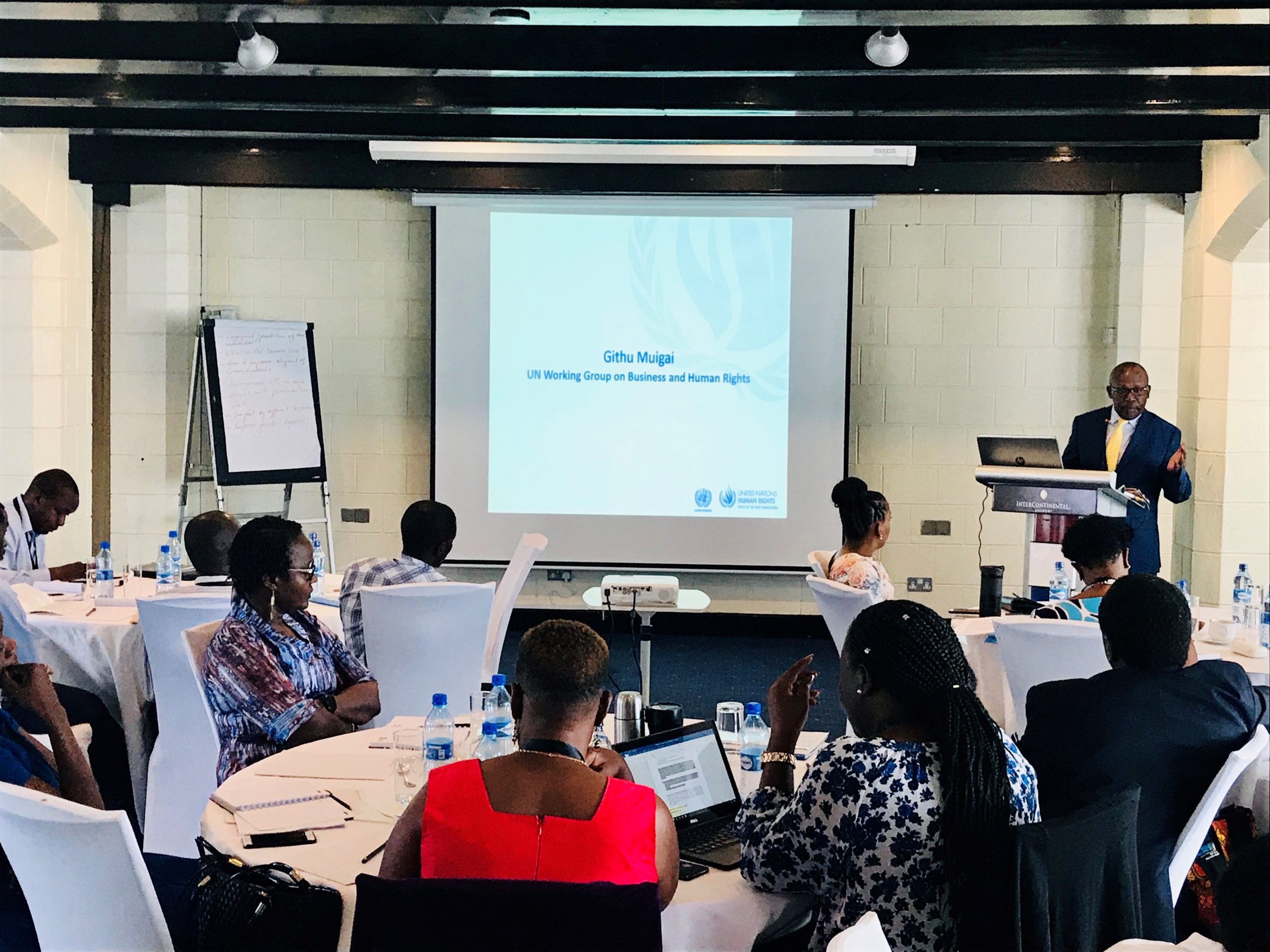 Empowering the UN Human Rights Office with a digital view

In this November edition, the UN Human Rights Office and Microsoft share insights from their 5-year partnership and its concrete outcomes.

Promoting and protecting the human rights since 1993

Since its creation in 1993, the UN Human Rights Office has worked around the world to promote and protect the human rights guaranteed under international law and stipulated in the Universal Declaration of Human Rights in 1948. The organization – also known as the Office of the United Nations High Commissioner for Human Rights (OHCHR) – oversees a broad range of human rights themes, such as combatting discrimination, strengthening protection of human rights for all (including more fragile populations such as migrants, internally displaced people, and people with disabilities), protecting civic space, and strengthening the rule of law and accountability for human rights violations.  Given its global remit, the UN Human Rights Office must maintain an accurate, up-to-date, and richly detailed view of the human rights landscape around the world. What is needed to create such a precise view?

In February 2020, speaking about the “new frontiers of human rights”, the United Nations Secretary-General António Guterres noted that the digital age has opened new frontiers of human welfare, knowledge, and exploration. Yet, new technologies – he states – are too often used to violate rights and privacy through surveillance, repression, and online harassment and hate. They are also used by terrorists and human traffickers, the Secretary-General noted. Seeking to reverse the tide of technology’s misuse, Guterres went on to issue a call to action, noting the United Nations would “advocate for the application of human rights online”. 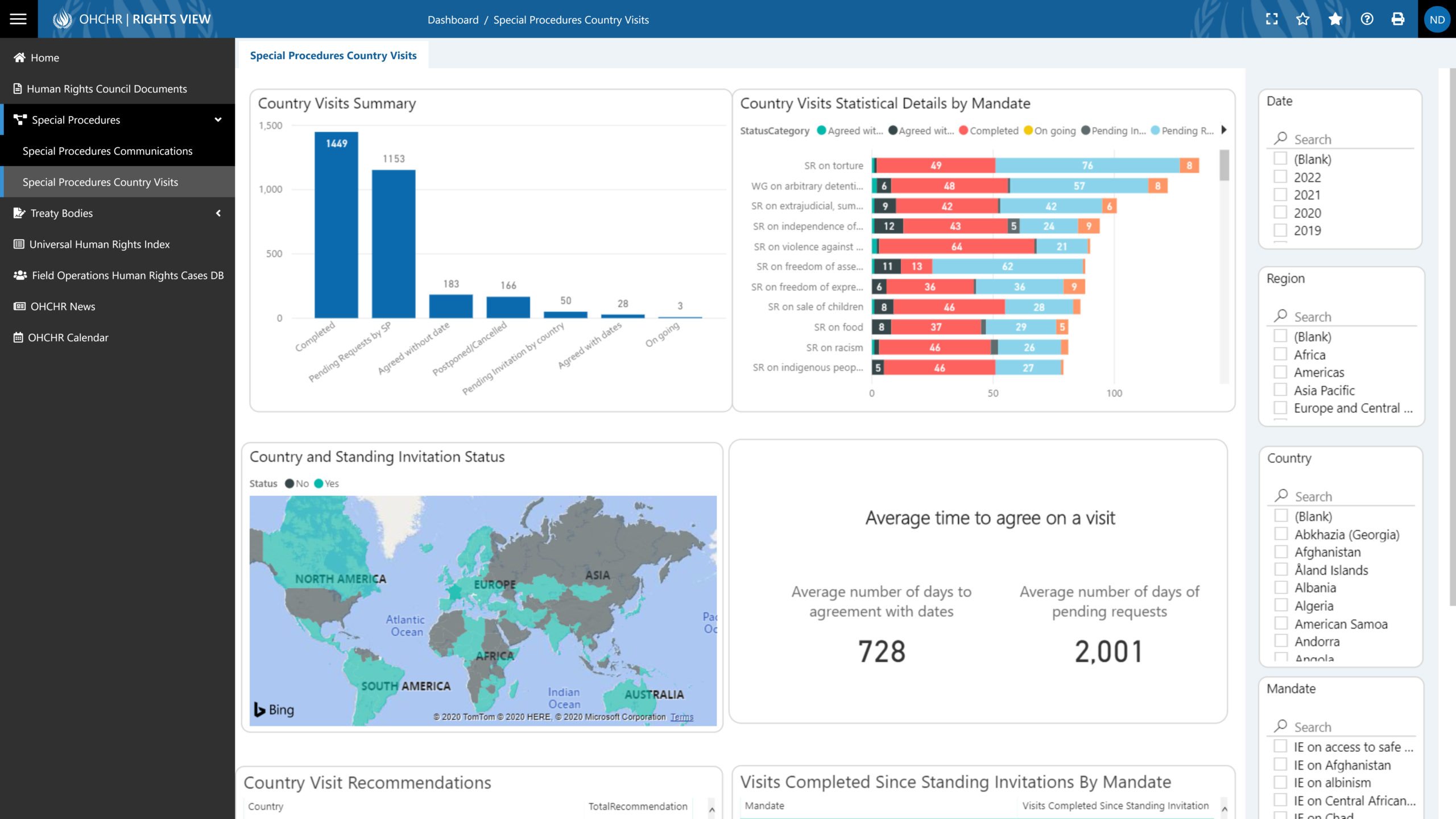 One of the pillars of the partnership focuses on the development and use of technology designed specifically to better predict, analyze, and respond to critical human rights situations.

One example of the technology at the heart of the partnership is Rights View, an information dashboard that empowers the UN Human Rights Office with the ability to aggregate large sets of internal and external data on specific countries and types of human rights violations in real-time. This digital technology facilitates the analysis and early warning of emerging critical issues, and in terms of solutions, provides smart data to guide responses. This tool is just one example of the potential for technology to be a force for good.

“The UN Human Rights Office is also leveraging Microsoft’s support for human rights advocacy and outreach campaigns through concrete support for its work in key areas like freedom of expression,
data protection and privacy and inclusion.”

Today, we have crossed over the halfway point in the five-year agreement. While the Office is able to engage Microsoft on issues which could affect itself or its industry, we have joined forces to raise awareness of the role that all companies can play in driving respect for human rights and promoting more responsible business conduct across the world.  Microsoft is also collaborating with the Office to help promote broader adoption and implementation of the United Nations Guiding Principles on Business and Human Rights. The UN Guiding Principles provide a global standard for preventing and addressing the risk of adverse impacts on human rights linked to business activity.  This collaboration takes various forms, including the organization of peer-learning workshops with the business community in various regions of the world.

The UN Human Rights Office is also leveraging Microsoft’s support for human rights advocacy and outreach campaigns through concrete support for the work of the UN Human Rights Office in key areas like freedom of expression, data protection and privacy, and inclusion. This includes direct support for the development and promotion of corporate principles for tackling LGBTI discrimination in the workplace in line with international human rights standards.

In June 2020, during the Dialogue on the Implementation of the UN Secretary-General’s Roadmap for Digital Cooperation, United Nations High Commissioner for Human Rights Michelle Bachelet highlighted that, “the Roadmap calls upon all of us – the UN, Member States, civil society, and the private sector — to work together in new and inclusive ways to make sure we seize the many opportunities digital technologies present to the common good, while avoiding potential threats.”