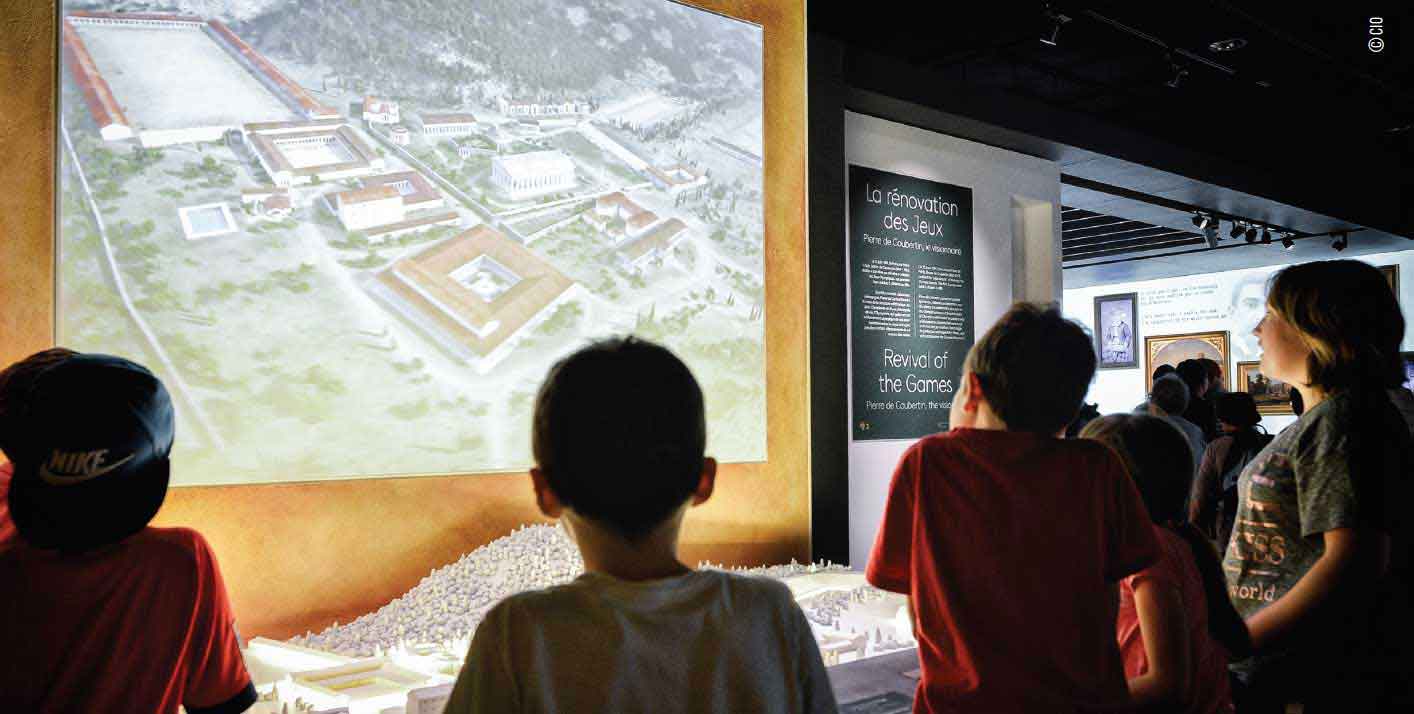 The gold medal in Olympic history
Interview with Angelita Teo, Director of the Olympic Foundation for Culture and Heritage, on the International Day of Sport for Development and Peace
By Julián Ginzo*
8 Apr 2021

April kicks off. Just six days later, a unique celebration begins, not only linked to sport, but also to the capacity of this activity to promote social change, community development, peace and understanding. It is obtuse that someone who exercises is able to indirectly contribute to opening windows of dialogue to resolve the world’s most sensitive conflicts. History has proven this, and a vast part of this history is registered in this magnificent place: the Olympic Museum.

It is common knowledge that the Olympic Games contribute to the development of countries and cities, starting economies that otherwise would not be activated so intensely. Although the Corporate Development, Brand and Sustainability Department of the International Olympic Committee deals specifically with these components, the Olympic Foundation for Culture & Heritage –led by Angelita Teo– is particularly concerned with supporting host cities towards achieving positive cultural impacts of the Games, both in terms of tangible and intangible heritage, and having a long-term vision in terms of education in Olympic Values. “Specifically, we support and share our expertise to develop cultural initiatives during Games times and also on the anniversaries of the Games,” the Director mentions.

Sport brings together –among other things–political adversaries who have many differences about the situation in their countries but who –all of a sudden– a game of football, tennis, or a 100-metre race brings them together to talk about a subject of common interest. “The vision of the Olympic Movement” –according to Teo– “is to contribute towards building a better world through sport. To this end, we believe it is very important to value the great historical moments that the world has witnessed, and a good example is the recent parade of the two Koreas at the PyeongChang 2018 Games Opening Ceremony.” “This is why” and she concludes “The Olympic Museum is not just a sports museum, but also a social history museum showcasing important human history through the lens of more than a century of Olympic Games.”

Show me what you have

Located in Lausanne, with an average of 75,000 artefacts and an average of 250,000 visitors per year, the Olympic Museum is the largest Olympic Games archive in the world. This rich patrimonial compendium serves as the memory of the Olympic Movement and the Olympic Games, from when they were revived at the end of the 19th century until today, and is composed of more than 75,000 artefacts, equivalent to one linear kilometre of archive documents and vast iconographic and audio-visual collections: a series of Olympic films by leading directors, +800,000 photographs, 9,000 hours of sound, and almost 50,000 hours of video documents. “We have some rare and extremely valuable examples, like those of Spyridon Louis winning the marathon at the 1896 Games in Athens,” Teo comments.

A creative manoeuvre for a different 2021

Discussing the annual agenda during a year with a pandemic is not only a challenge for the interviewee, but also for the interviewer. On the one hand you have to shake hands with uncertainty, but on the other hand you have to plan – as if everything will be back to normal in a week’s time; however, Ms Teo –with plenty of enthusiasm– highlights: “Besides the obvious operational challenges, the pandemic has made us accelerate the creation of our digital content, within a limited time frame and budget.”

Its content is always captivating. This year’s theme will be dedicated to Tokyo 2020 with two exhibitions: one to the postponed edition of the Games, and the other to Japanese pop culture – the manga of sport (Sport X Manga). And as if this wasn’t enough, an augmented reality app will be introduced for visitors to download and experience Tokyo in Lausanne. “We are motivated to attract a more diverse audience to Olympic Heritage, highlighting the different ways of approaching heritage objects, like their iconic or emotional dimensions, their scientific value, their artistic quality.” Ms Teo excitedly shares and adds: “We also have special guest speakers lined-up, including the world-renowned architect Kengo Kuma, who was involved with the design of the new Tokyo Olympic Stadium.”

New technologies have made young generations permanently look to the future. One of the challenges that lie ahead for the Museum is to make the past relevant. “Understanding history is not just about knowing it, it provides tangible ideas to face the challenges of the future as well. We must adapt to new ways of sharing historical knowledge. We are not afraid to use new digital media to create curiosity in today’s youth, like Tik Tok.”, the Director quotes.

The aim of connecting more with the UN

The Museum intends to engage more with the UN community. There has been a collaboration in the Global Refugee Forum, presenting a photo exhibition narrating the journey of a refugee athlete, and another one with UNESCO on projects related to Education – through the Olympic Values Education Programme, implemented to date in 4 countries. “We are keen to explore other important global issues that are also relevant to the Olympic Movement, and the top of that list are sustainability and gender equality. Geographical proximity is certainly an asset but working with international organisations and in particular United Nations entities is part of our DNA.” Teo concludes.