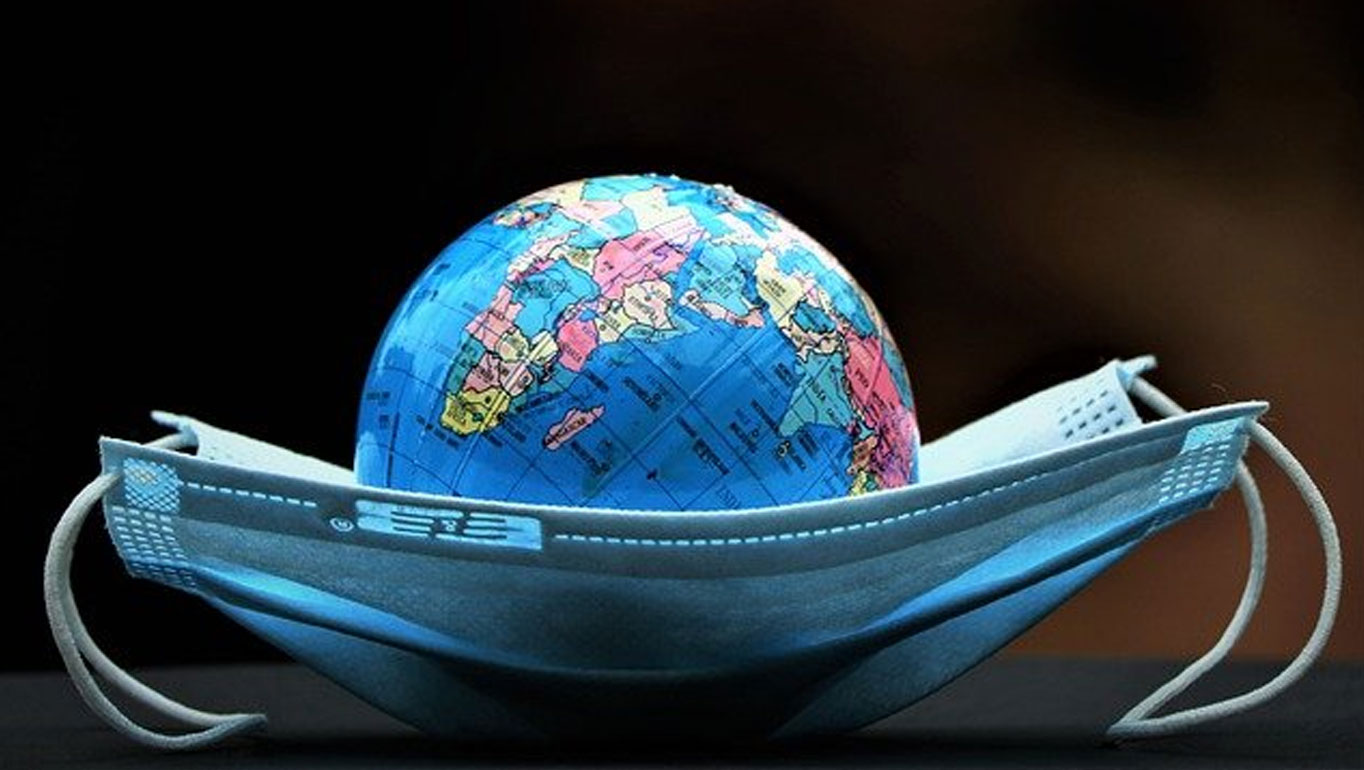 The future of multilateralism after Covid-19
A year ago, in the midst of the ongoing pandemic, the Heads of State and Government of the Member States of the United Nations adopted the Declaration Commemorating the UN’s 75th Anniversary (the UN75 Declaration). In that Declaration, they concluded that “[m]ultilateralism is not an option but a necessity as we build back better for a more equal, more resilient and more sustainable world.”
By Mona Ali Khalil*
27 Sep 2021

My co-authors and I reached the same conclusion in our book entitled The Future of Diplomacy After Covid-19 : Multilateralism and the Global Pandemic, released by Routledge in May 2021. Each in our own chapter, my fellow co-authors — Hana Alhashimi, Andres Fiallo, Toni-Shae Freckleton, Vahd Mulachela, and Jonathan Viera — and I examine the impact of the global pandemic on multilateral diplomacy — from public health to sustainable development, from economics to digital cooperation, from peace and security to human rights and the rule of law. We take a practical look at the lessons learned from the period when the World Health Organization’s first declared a public health emergency of international concern in January 2020 to the commemoration of the UN’s 75th Anniversary in October 2020.

“An important read for all who believe in our common humanity and want to do better for future generations.”

Vahd Mulachela, a former Senior Adviser on Strategic Partnerships in the Office of the President of the UN General Assembly, notes that some governments have attempted self-reliance or self-sufficiency in fighting COVID-19. He concludes that international collaboration is the only path to overcome the crisis. While each country’s circumstances are unique, it is essential to bear in mind that in the face of a fast-spreading pandemic, no-one is safe until everyone is safe.  To survive, he says, multilateral diplomacy must evolve beyond declaratory texts and develop meaningful solidarity to deliver tangible results.

The COVID-19 pandemic coincided with the start of the “Decade of Action and Delivery” for implementation of the Sustainable Development Goals (SDGs). Sadly, Toni-Shae Freckleton, a former Senior Adviser and Team Leader for Sustainable Development and Liaison to the Caribbean Community in the Office of the President of the UN General Assembly concludes that the pandemic has set us back. She argues that a concerted effort is necessary to restore momentum in achieving the SDGs. The quintessential lesson provided by the pandemic, she says, is the recognition of the need for strong international cooperation and multilateral action to achieve peace and prosperity for the world.

Jonathan Viera, a former Senior Adviser on Economics in the Office of the President of the UN General Assembly, notes that “both developed and developing countries suffered severe economic shocks as a result of the COVID-19 crisis”. He proffers that, in order to minimize the recovery period, the “new normal” must embrace new morals including corporate social responsibility, fulfilment of Official Development Aid commitments; financial inclusion within and among countries; public-private collaboration of creditors worldwide as well as cooperation against tax evasion and illicit financial flows.

In order to bridge the governance gap and tap the tremendous potential of digital technologies, Hana Alhashimi, a member of the UN Secretary-General’s Internet Governance Forum Multistakeholder Advisory Group, and a former Senior Advisor in the Office of the President of the General Assembly, calls for greater digital cooperation. She stresses the need for inclusivity and bridging digital divides, with particular emphasis on engaging developing countries in the digital cooperation architecture. In her view, the “new multilateralism” also depends on a multi-stakeholder approach with non-state actors working hand-in-hand with state actors in an increasingly interdependent world.

While digital diplomacy cannot replace in person diplomacy, Andres Fiallo, a former Senior Adviser on Political Affairs at the Office of the President of the UN General Assembly, recommends that the UN and the broader international community must work to strengthen digital governance capacity and preparedness to reduce the potential disruption of peace processes during future crises. He sheds light on how the pandemic has exacerbated the root causes of violence and conflict around the world; he also emphasizes the need to halt arms expenditures and advance nuclear disarmament. He hopes the pandemic can serve as a wakeup call that launches a new era of peace and security.

“What is needed is exactly what these authors from different regions provide: translation into specific detail that is actionable, drawn from real experience, and yet as idealistic as the UN Charter itself.”

In my concluding chapter, entitled “The Future is Multilateralism”, I turn to human rights and the rule of international law in order to resurrect the responsibility of the UN principal organs as envisioned in the UN Charter. I note that when the founding fathers adopted the UN Charter to offer a way out of war and genocide and towards peace and security; socio-economic advancement, self-determination of peoples and human rights for all, they did not act out of idealism but rather out of self-preservation. In their UN75 Declaration, world leaders met the historic moment in the midst of the pandemic and vowed- not just to restore the health of people but also to protect the health of the planet  -not to restore the status quo ante but to “build back better” in conformity with the vision of the UN Charter. Like the founding fathers, they did not act out of idealism but out of self-preservation.

“The authors argue persuasively that if we want… to achieve peace, development and respect for human rights, there is no other option but to work together in a multilateral setting and make use of the tools available to us in the United Nations and its Charter.”

For a brief moment after the first World War I and the 1918 pandemic, the international community came together in the League of Nations. The effort failed and humanity endured a far bloodier second World War and Holocaust. When we look back at the current pandemic, will we see what the UN Secretary-General called “a wake-up call” or will humanity continue down its self-defeating path of war, terrorism, and genocide with escalating violence against civilians especially women and girls?  Nearly a year after the adoption of the UN75 Declaration, the UN still has a chance to turn back from the precipice and to live up to the founders’ vision of being the centre for harmonizing the actions of nations.

We are waiting to see if Member States live up to the commitments they made in the UN75 Declaration and hope that they succeed in coming together to prevent the next pandemic, to protect civilians from mass atrocities, to save peoples from genocide; to defend nations against aggression, and to rescue the planet from climate change.

* Mona Ali Khalil is the Founder and Director of MAK LAW INTERNATIONAL and a former UN Senior Legal Officer with more than 20 years of UN service.
Read more articles about GLOBAL AFFAIRS