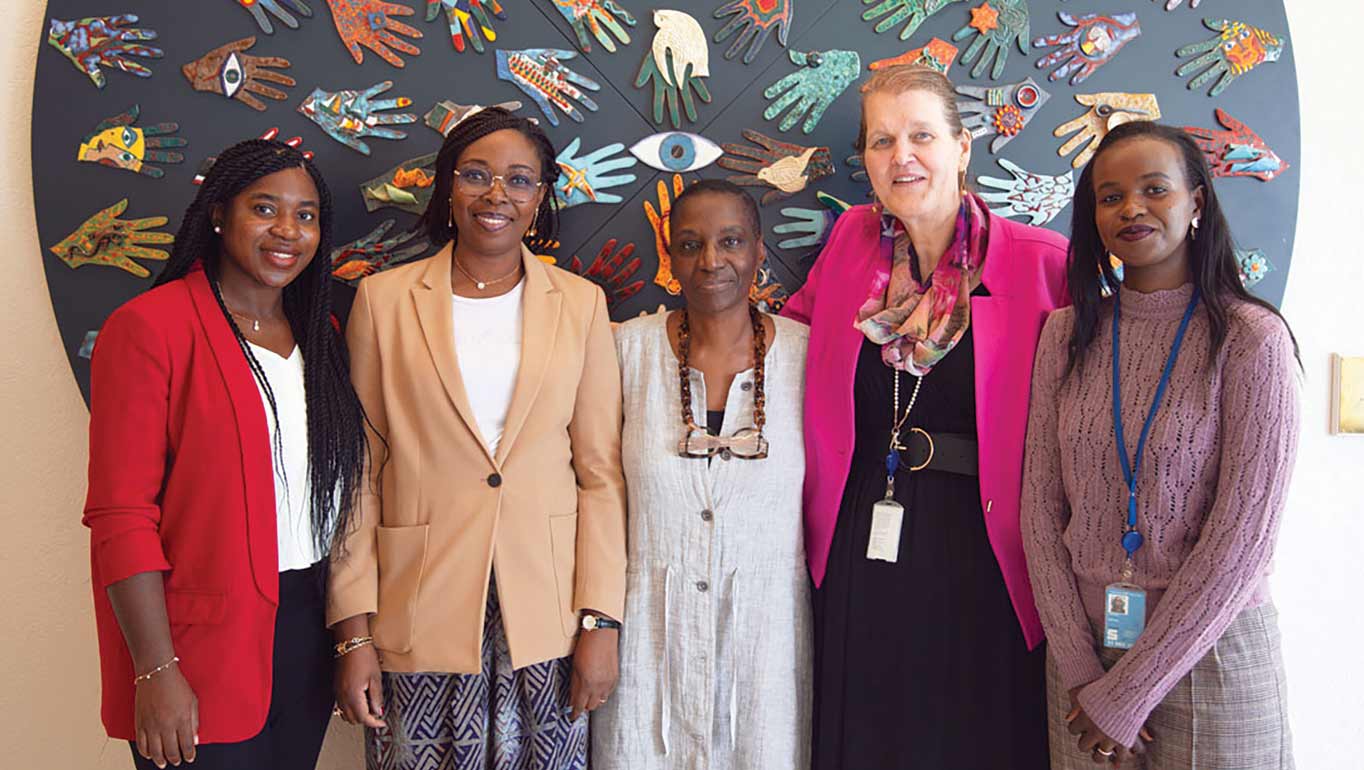 One year has passed since the UNOG Working Group on Addressing Racism in the Workplace, which you chair, was established. What are its main achievements?

The main achievement is that, thanks to the Working Group, talking about racism is no longer taboo. Through townhalls, we have started a conversation with everybody, giving them the permission needed to speak openly about it. We have posted videos of UN staff sharing their experiences and ideas about it. We have installed panels around UNOG encouraging people to write about it. The realization is slowly dawning that racism at the UN is real, and that it’s OK to talk about it. Now, we all need to DO something about it.

The Strategic Action Plan to fight racism is the main guiding document for internal UN anti-racism efforts. Do you think that implementing this plan will be sufficient to eradicate racism from the workplace?

Implementing is the key word. Some actions are easy, like appointing an anti-racism advocate. Others will be more difficult: how do you go about reviewing the entire recruitment cycle? For instance, are we ready to acknowledge that competency-based interviews might show an unconscious bias towards English-speaking candidates with a neutral accent? Are we ready to create a special mechanism, a safe space for staff to present their concerns and complaints without fear of retaliation? And the big question: are we really all ready to face and then actively tackle our own biases? There is a big gap between identifying what needs to be done and actually doing it. It was never going to be easy, but the important thing is to start and then keep going, even if we begin with small steps.

As Chief of the Interpretation Service, you recently recruited three African interpreters to the English and French Booths. Do you see this as a first step in the right direction to increase diversity?

For me, the recruitment of three African interpreters on 11-month temporary job openings is a before-and-after moment. I did not dream I would see this before my retirement. For the first time, black African interpreters are taking their place in the booth as staff alongside WEOG colleagues, working together for the UN in Geneva. When I look back to the start of my career at the UN in 2001, I simply cannot recall any black staff interpreters in the French booth. The obvious question is why it has taken so long.

Real diversity requires action. For years, accredited freelance interpreters have been able to develop their skills through 11-month contracts. Many of them have gone on to successfully pass the competitive examination for language positions and are now staff interpreters. In the quest for greater diversity in this process, we had a simple solution right under our noses. We advertised freelance accreditation evaluations through Inspira, which immediately gave us a broader online reach, attracting candidates from a far wider geographical distribution than previously. This in turn enabled more African candidates to become accredited. Open sesame!

Opening that door might have been simple but the work was by no means over. Creating the special temporary job openings took tougher discussions at many levels – but we got there! And I would like to take this opportunity to thank all those who made it possible, mainly my colleagues, for the coaching that has been put in place. Freelancers from Africa and other continents were then able to benefit, as others had for decades, from 11-month UN contracts with the specific goal of providing intensive interpretation experience, which results in a better chance of passing the competitive examination. Right now, the door is only exceptionally open until December 2022, when the advertisement of these temporary job openings will end. But no matter how small the window of opportunity, we have achieved the amazing feat of giving a more diverse range of candidates meaningful support to pass the competitive examination and become fully-fledged language staff. If we are serious about diversity, if we are serious about inclusion, then we are going to have to transform a lot more of “this is how it is always done” into “this is how it can and will be done”. Exceptions need to evolve into new practices. This means that more tough conversations are needed if we really want to increase diversity at the UN.

You have been very vocal in denouncing racism at the UN. In your view, what concrete measures should be taken to eliminate the scourge of racism within the organization?

I am very proud of this organization that we serve. The UN has shown it has the courage to speak about racism. I know that this is not easy. People are scared and do not feel at ease. Staff do not know how to react. There are colleagues who choose to lie low and act as if nothing is happening. There are others who think that the UN is diverse enough and cannot understand why so much fuss is being made. Another faction thinks that it is just another short-lived policy and not much will change at the end. This just signals to me that we need to try harder to take concrete actions and measures to show that we, as individuals and as an organization, are serious about it.

As a small but concrete step of my own, I will keep advocating for the continuation of the 11-month contracts to promote diversity among language staff. The special temporary job openings need to be institutionalized and not remain exceptional. Then, through platforms such as the Working Group, more steps need to be taken to promote change in recruitment policy, starting with a complete overhaul of the inherent bias in the competency-based interview process. How is it possible in 2022 that an international institution such as the UN still has some services with no diversity? For example, ever since I was appointed; people have been asking me why the Young Professionals Programme (YPP) is not yet available in all six official languages. Perhaps more astonishing, last year I was in several African countries including my own, Congo, and nobody had even heard of the Programme.

Another frequently raised question concerns paid internships at the UN. I have to admit I was on the fence myself on this topic, but I now realize what a great opportunity they represent for improving diversity. We also need to ask why internships are not counted as work experience in some cases. Recognition that internships are valid professional stepping-stones could enhance employment prospects for a more diverse array of candidates. What can we learn from such questions and realizations? We still have a lot of work to do to achieve truly global outreach. Acknowledging economic, linguistic and other mindset barriers to increasing diversity, we need to do more to make programmes realistically able to attract young people from all countries, concretely enabling them not only to take part but to advance their careers. We also need to look at the media platforms actually being used by young people today – nobody uses Facebook anymore, everybody is on TikTok, Instagram, Snapchat or Twitch – and that will change too – let’s add “keep our finger on the pulse” to our to-do list. By the way, whatever the medium, do not hesitate to reach out to us and send us ideas for change. This is your moment as well!

According to recent surveys conducted at the UN, staff who face racism rarely file complaints, either out of fear of reprisals or because they lack trust in the system. What message would you like to send to these staff members?

We see you. We know you are out there feeling alone and we are here for you. We know that you are scared, we know that in some cases the frustration and anxiety has become so great that it has caused trauma. We know these situations exist. You need to know how to trust us. Trust that the organization you work for is now ready to move forward in denouncing and addressing racism, trust that we are working on it with you and for you. We, all of us, represent the fight against racism.

In her poem ‘The Hill We Climb’, Amanda Gorman says it so well:

‘…there is always light,

if only we’re brave enough to see it.

If only we’re brave enough to be it.’

Yes, we are brave enough and yes, we are “it”. We, all of us, represent the fight against racism.

* Laura Johnson is a UNOG Translator and a Member of the Staff Coordinating Council.
Read more articles about INSIDE VIEW