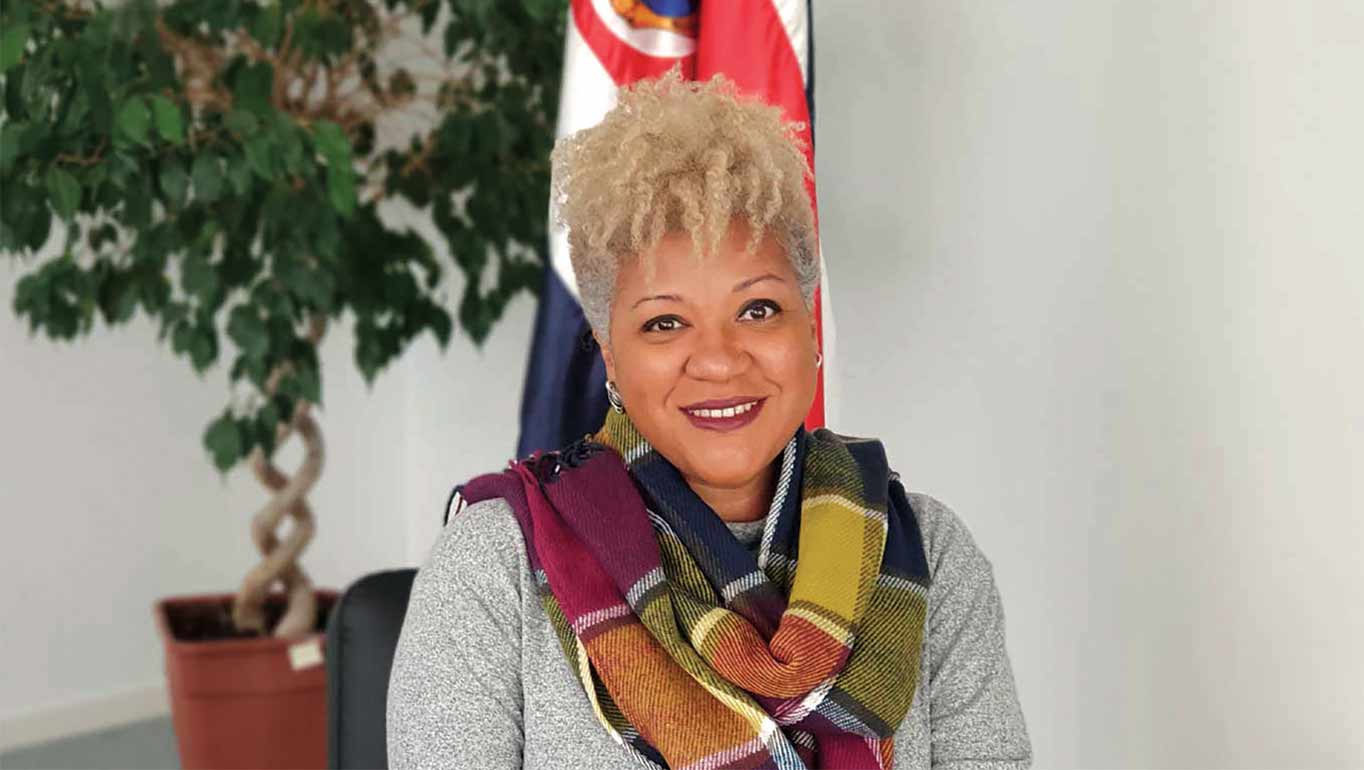 Please tell us briefly about your career, why you joined the diplomatic service, and how you were appointed to your current position as Deputy Permanent Representative of Costa Rica to the UN?

I was nine years old when I announced to my parents that I wanted to become an ambassador and work in human rights issues. Later, when it was time to choose my career at university I decided to study law and kept the idea of joining the foreign service. I went on to get a master’s degree in human rights and after that I finally went through the process of entering the service. I have been working for the Ministry of Foreign Affairs ever since and it has been my biggest honor. While I was serving as the Legal Adviser to the Permanent Mission of Costa Rica in the UN in New York, I was appointed as Ambassador Deputy Permanent Representative of Costa Rica in Geneva, and it has been an extraordinary professional and personal experience. The work that we have done as observers at the Human Rights Council has been both stimulating and with a lot of commitment to the cause of promoting and protecting human rights for all.

This career has given me the opportunity to be involved in many negotiations I hold dear. If I had to name two, I would definitely choose the activation of the jurisdiction of the International Criminal Court over the crime of aggression in 2017. It was particularly important since we were making history! And my favourite moment would have to be the recognition on 8 October, 2021 of the right to a clean, healthy, and sustainable environment by the Human Rights Council which I facilitated, with Costa Rica as the penholder.

The process toward that recognition started in 1972 with the Stockholm Declaration and, since then, many serious attempts were made to achieve the recognition, including in Rio in 1992, and others. But it took the sense of urgency of the triple planetary crisis we are currently experiencing to give the idea the proper impulse. I was lucky to be part of an amazing team that continually gave 100% to see this resolution come to life. My hope is that the recognition serves as a catalyst and that those very few countries that still have not recognized this right in their normative framework will follow suit.

Your country is internationally renowned for the size and diversity of the activities available in its national parks. What are the main policies to raise awareness so that people (locals as well as tourists) continue to consider them a strategic asset?

We established our national park system in 1970. That decision set the basis for Costa Rica’s lasting commitment to nature, conservation, and sustainable use of our natural resources. Since the 1990s, my country has been able to overturn its deforestation rate, going from 25% forest coverage to more than 54% in 2020. Our wildlife areas are composed not only of national parks but of natural reserves, biological corridors, and many more with diverse levels of protection. We have come to understand that nature is not only a source of well-being, but also a major source of economic resources and a driver of development. Local communities have found in nature a source of pride and jobs. We have put in place programs for education in conservation in local communities and the formal education system. Recently, we have been making efforts to educate tourists about interacting with nature and have launched campaigns to that effect.

Costa Rica is one of the few countries in the world that does not have military forces. What are the criteria behind this decision?

In 1948, after an episode of rigged elections our only civil war broke out. The subsequent political events gave rise to a total reform of our country and its social system that started with the drafting of a new constitution. It was during these deliberations that a proposal was made to dissolve the army as a standing permanent institution. Even though the discussions around the subject were not easy, the idea prevailed. The arguments given were sufficiently convincing. We would use the resources dedicated to the army to provide education and public health services. We chose a different path of human development. We decided to rely on international law and the emerging international system. We made the decision to favor life, peace, and human development.

By investing in people, we have been able to have indicators that compare to some of the most developed countries in the world. Our universal health coverage ensures that everyone in my country has access to world-class health services regardless of their family’s income. Our investment in public education amounts to 8% of our GDP and education has been both a vehicle of social mobility and an engine for our development.

The UN Regional Human Rights Office for Latin America has recently launched virtual training courses in your country to strengthen the capacities of the main judicial authorities in the investigation of femicide cases. What internal policies have been initiated to reinforce this in society?

Violence against women and girls is the greatest pandemic of our time. Social structures need to be changed everywhere. That is why we have public policies to prevent violence against women and have carried out public campaigns to add visibility to the subject. We also empower women in their communities by training them on their rights and life skills, such as financial literacy. Our National Women Institution and the Observatory of Gender Violence help formulate public policy and improve women’s access to justice. We have strong laws against femicide and sexual harassment.

The most important job we need to do is change culture. For that, we require comprehensive education, and though it may take longer, it is the best and only way to spearhead change for good, hence the importance of working with primary school children around issues of equality between women and men, conflict resolution, and new masculinities.