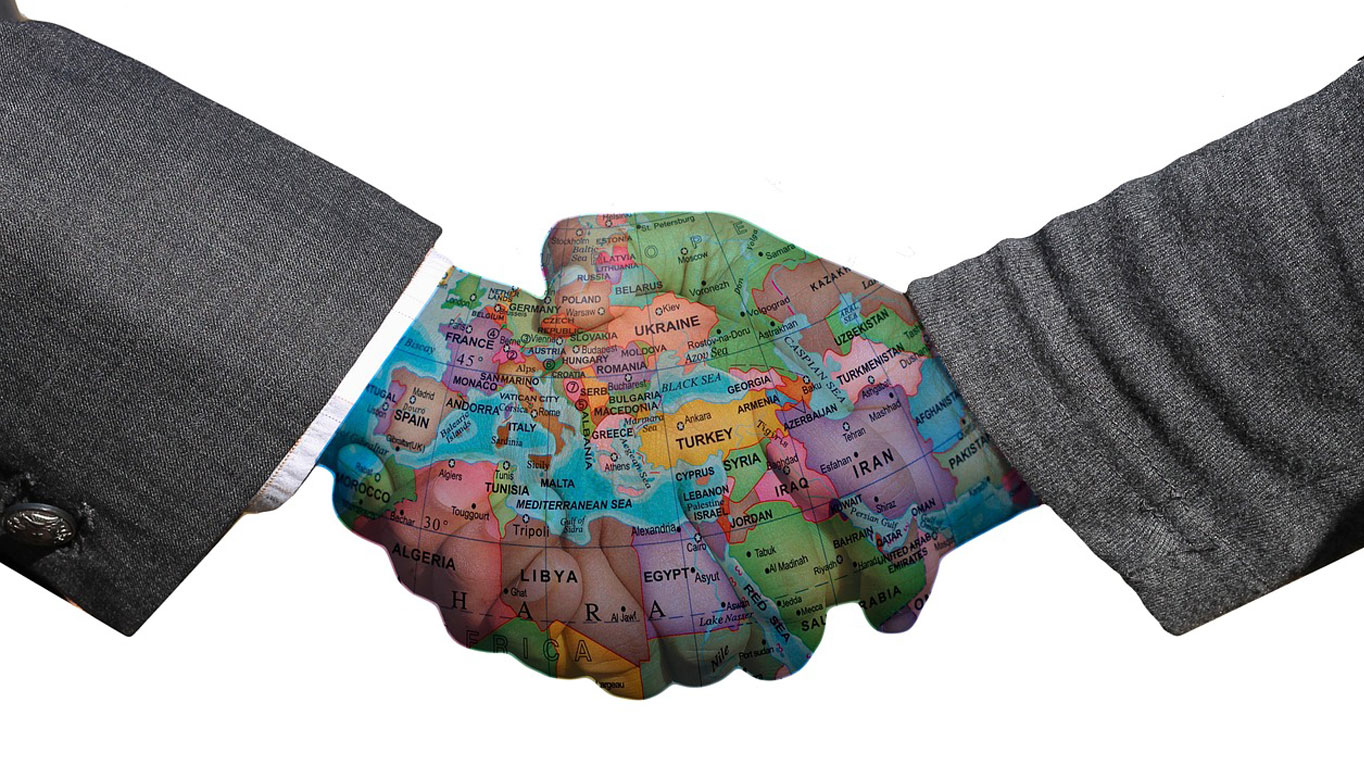 The know-how of impartiality after 2.500 missions
An exchange with Robert 'Bob' Weibel, the Chief Executive Officer at CENAD — the Center for Experiential Negotiation and Applied Diplomacy
By Julián Ginzo*
1 Nov 2022

A lot is said —and written— about impartiality, but little is approached from the practical experience of ‘having been there,’ on the front line, interpreting interests and facilitating dialogue from the complexity that comes with multiculturalism.

He has completed more than 2,500 missions for 150 governments, ministries, international organizations, civil society and corporate entities, involving delegates from 90% of the world’s countries on negotiation, mediation/conflict resolution, chairing/presidency techniques, diplomacy and crisis management. Within his impossible agenda, we found three minutes to ask him three brief questions. Here is our short but spicy interview with Bob.

In your view, is it possible to resolve conflicts while remaining impartial?

It is a must in the more radical international forms of ‘conflict’ and not as an issue or disagreement to be negotiated within structured institutional frameworks such as COPs. Of course, if one is directly embroiled in a conflict with a trust factor between the conflicting parties in deep negative territory (otherwise negotiation would exist), impartiality makes no sense.

The nature of a possible negotiation process here will be ad hoc with a mix of informal contacts spliced together with various semi-formal configurations. For someone profiling themselves (and by extension their institutional persona) to kick-start a negotiation process seeking to resolve a given conflict, the perception by the conflicting parties that this third-party actor (facilitator-mediator) is sufficiently impartial (i.e., that this resolution effort is not aiding and abetting the enemy), is of vital importance. But the word “resolve” always scares me when referring to international conflict: whilst reaching some degree of mutual understanding to reduce the level of violence for a limited period is often doable, resolving the core contentious issues once and for all is the mediator’s holy grail. To gauge conflict resolution potential, five basic contextualized questions need to be answered, which includes the impartiality factor:

1. Do the disputants have the wherewithal to pursue their conflict indefinitely and what happens if they do/do not?

2. Do the sides believe they can win unilaterally, hence excluding negotiation and its joint decision-making character?

3. What is the risk (reputational, strategic, etc.) for the conflicting parties to engage in a conflict resolution processes? Why should they risk entering into a give-and-take negotiation environment?

4. Does the third-party actor have leverage over the disputants to ‘encourage’ them to engage in conflict resolution?

5. Does the third-party benefit from sufficient trust and the perception of impartiality by those in conflict to perform operationally as a facilitator/mediator?

Depending on this basic analysis, one can determine whether a situation is ‘ripe’ for possible conflict reduction and potential resolution.

In your experience, what is the added value of impartiality in the negotiation process?

Negotiation is never a level playing field in terms of the importance of the subject matter under discussion. There are always frontline states and/or actors whose interests are directly at stake depending on (1) whether any solution is found at all, and (2) what the concrete results imply in terms of implementation, setting of standards, precedence, legal bindingness, etc.

In multiparty/multilateral negotiation processes, positional impartiality (often in the guise of compromise drafting groups, friends of the presidency, etc.) is a real added value, usually for so-called “smaller players.” The elephants of the world are rarely, if ever, impartial (although for strategic reasons they may claim to be neutral) because given their size and their concomitant constituencies, whatever happens has direct implications “back home.”

For chairpersons striving to reach consensus-based decisions, exuding an aura of impartiality (irrespective of their nationality) will greatly influence their ultimate success, which hinges on delegations willing to be pushed and pulled by a presidency compromise (and willing to endure the wrath of their own capitals). Delegations need to trust their chair and the Secretariat (theoretically partial only to a ‘successful’ outcome) and supply both with earned “permissive consensus.”

To be more precise, I have engaged with many colleagues and international civil servants working for UN entities and agencies in terms of helping these representatives achieve their mandated objectives to the highest degree possible in various negotiation frameworks. Most recently, it was helping women delegates from around the world fine-tune their negotiation and chairing skills for the ITU Plenipotentiary taking place at this very moment. On the other hand, working with frontline humanitarians from IOM, UNHCR, WFP or OCHA implies completely different sets of contexts as well as counterparts (SNAs, governments, implementing partners, etc.), beneficiaries, (inter)agency negotiation cultures, timeframes, deadlines, etc., compared to dealing with UNCTAD-facilitated bilateral investment treaties, consumer protection or ILO and WHO conferences.

As for common patterns, anyone reading this knows all too well how negotiation realities differ drastically depending on whether one is operating at HQ or in the field. Rather than review the oft-cited administrative hurdles and challenges, I prefer to highlight how motivated individual persons make such huge positive differences in almost single-mindedly pursuing their objectives of facilitating negotiation processes with external partners, as long as they are given space and not micro-managed. I have worked with amazing managers who really do implement the trumpeted empowering and inclusive tools to motivate colleagues and create vibrant teamworking environments which, unsurprisingly, produced fantastic results.

As for international negotiation processes per se, these are not fly-by-wire operations, but rather intense problem-solving enterprises always reliant on highly professional and proficient UN staff who give it their all. But whether NPT or climate change, the final decision-makers are always the member states (and their ghost army constituencies). The true determining factors remain the (un)willingness to agree on a text (for all sorts of reasons), and the degree of implementation ambition which will impact (or prolong) a status quo. Not even the best ‘impartial’ Secretariat can overcome such forces of inertia: you can lead a horse over the roughest terrain to water, but you cannot make it drink.