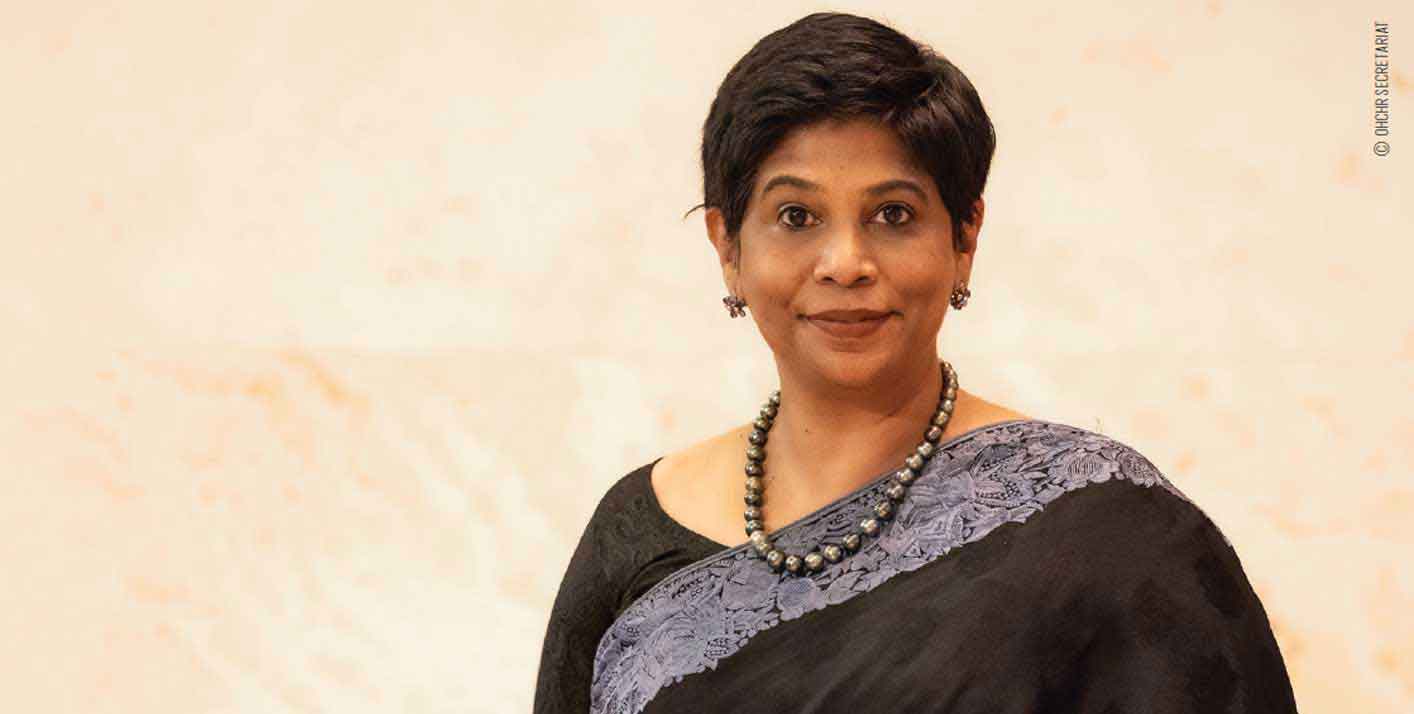 You were the first permanent representative of Fiji to the United Nations Office in Geneva when your country decided to open a Mission in 2014. Could you let us know what motivated you to join the diplomatic service after a long career as a prosecutor in your country?

I joined the diplomatic service after a career as a prosecutor (16 years) as a judge (10 years) and as a private legal practitioner for 5 years. In my time as a legal practitioner, I conducted training for lawyers, judges and the private business sector on subjects including governance, human rights and the law.

The opening of the Geneva Mission was an opportunity to develop human rights diplomacy to help Fiji to implement its obligations under the Human Rights Conventions as well as a chance to share Fiji’s positive steps towards becoming a country that is respectful of human rights.

There were many such events, each of which taught me about the role of the law in the delivery of substantive justice. In my first year as a prosecutor, I learnt much by observing the prosecutions conducted by police prosecutors in the magistrate’s courts in Fiji.

In one case, a sex worker was charged with what was called “soliciting”. She pleaded guilty and in mitigation said that she had been a sex worker for years but to avoid prosecution had been expected to provide free sexual services to the police officers on the beat. On this occasion, she had refused to perform the act demanded of her and was arrested. It was clear from the reaction of the police prosecutor, and the magistrate that her story had merit. However, the magistrate simply proceeded to sentence. The entire incident was brushed over and filed away. Yet the story was one of the unequal application of the law, and more importantly, the unjust prosecution of a person who had no standing, no resources, and no ability to truly challenge the legitimacy of the prosecution. It was about the relationship between the law, human rights and justice.

You were the first woman in Fiji to be appointed High Court Judge. What were the main challenges you had to face before reaching such a position in a traditionally patriarchal society?

I was the Director of Public Prosecutions before I became a judge. Thus, the appointment to judicial position was a natural transition. However, I was the first woman to become a judge, so the appointment was considered to be progressive for Fiji as a country. Once I was appointed however, I was asked to take the responsibility for commencing judicial training programmes, which was a new feature for judicial service in Fiji in 1999.

It was challenging to be responsible for training when I was a new judge (I was also the youngest) and a woman and was myself getting used to being a judge. Also challenging was that in 1997, Fiji had a new constitution with a strong bill of rights and an enforcement provision which gave judges the ability to read down or strike down legislation which had been passed by Parliament.

You have recently been elected President of the Human rights council which is a very sensitive position. What are the priorities of your mandate and how do you intend to implement them?

My priorities are set out in my address to the organisational meeting. I am committed to ensuring that the Council continues its work and remains relevant and effective.