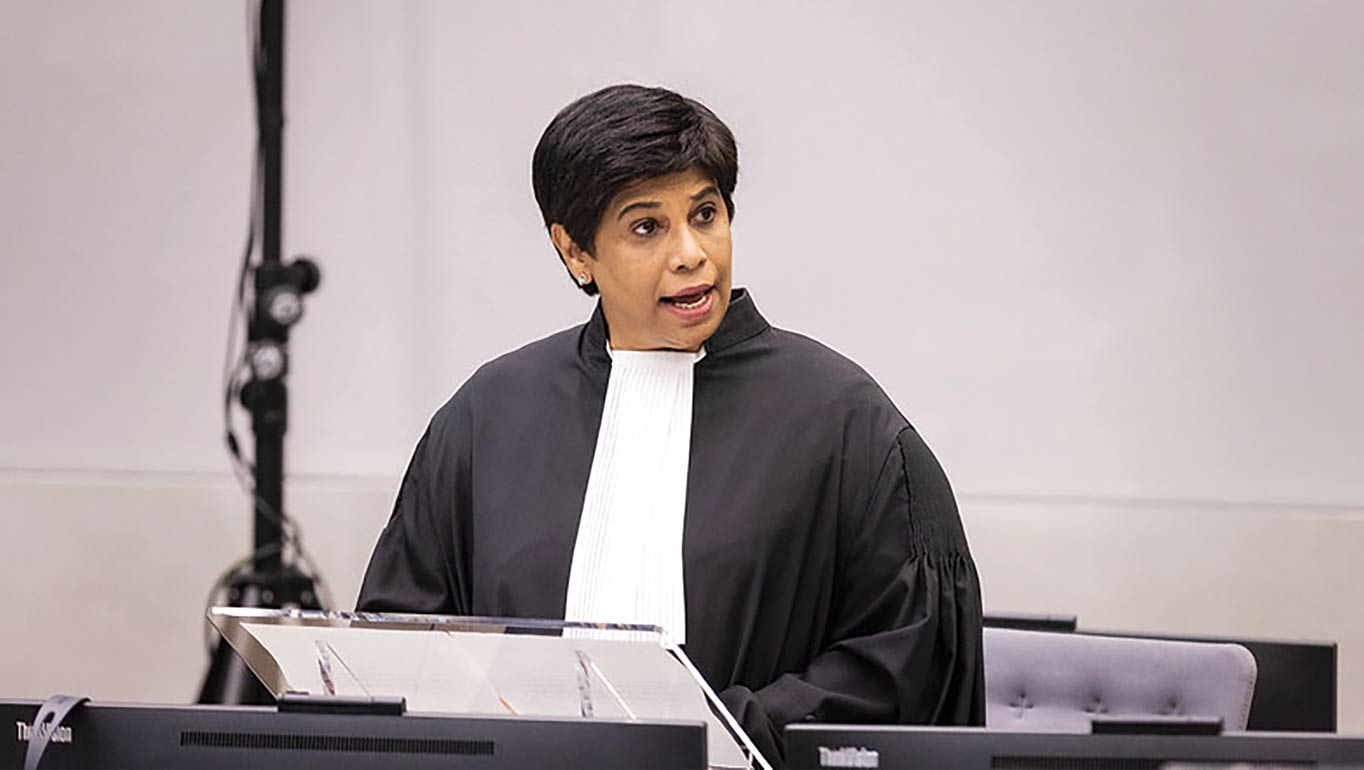 What are the main responsibilities you assume in your current job?

You were the President of the Human Rights Council (HRC) for a year. What are the synergies that the ICC can develop with the HRC in order to strengthen international justice?

The HRC often commences state-led discussions on human rights violations around the world. These violations are often described as crimes against humanity both by the member states of the Council and civil society. One of the strengths of the Council is its ability to hear the voices of civil society when human rights violations occur. The Council has regularly voted to create fact-finding and investigative mechanisms relevant to the role of the Chief Prosecutor of the ICC. Some of these mechanisms are specifically mandated to share information and findings with the ICC. Thus, it is important that the Council, its mechanisms, and the ICC Office of the Prosecutor work constructively together both to ensure consistency and avoid duplication of efforts. This work must, of course, respect the independence of all mechanisms.

The voices and findings of the special mandate holders of the HRC are also important. Often, their reports to the Council are early warning mechanisms designed to prevent an escalation of violations and the avoidance of crimes against humanity. The Universal Periodic Review of the Council has a similar role, although it is a peer review process. The role of the High Commissioner for Human Rights is crucial. Her updates and ability to work with and within states often prevent the commission of human rights violations which constitute crimes against humanity. There is therefore a close synergy in the work of the Council and the Court, and this was reflected in recent constructive engagements between the High Commissioner for Human Rights and the Prosecutor of the Court.

What does the International Day of Justice mean to you?

This is a day to celebrate the anniversary of the Rome Statute. The day is intended to promote international criminal justice, to support the work of the ICC, and to unite those who are committed to justice and who want to support universal and substantive justice, as well as to promote victims’ rights and to help prevent serious crimes. Crucial to the Rome Statute is the work we must all do to promote complementarity, to help all countries build strong justice institutions, and to prevent impunity from serious crimes within national jurisdictions while in line with international criminal law. The day provides an opportunity to look at substantive justice in the context of human rights violations in the international sphere.

Justice is not only about justice institutions, it is equally about qualitative justice. I believe that it is also a day to ask how national justice systems, investigative institutions, and sentencing models deliver a justice model to individuals which reflects criminality proportionately while responding to the needs of victims and witnesses, in the context of the most serious crimes against humanity.

Is it correct to state that technology is bringing more resources to the investigative process in order to access justice faster?

It is true that investigation, and its use of computers and telecommunications technology, have transformed the way investigators and analysts work. ICT technology has forced lawyers, and judges, to embrace the use of different types of evidence in court. The result is greater speed, a greater capacity to understand patterns of criminal behavior, and more efficiency in the administration of criminal justice. This allows investigators to better filter and analyze the increasingly large digital footprint of international crime investigations.

At the Office of the Prosecutor we are introducing a number of innovations in this regard, including the use of artificial intelligence and machine learning. However, in my opinion, there can never be any substitute for the voices of individuals who give their evidence from the depth of their hearts, and from their lived experiences of conflict, torture, rape, inhumanity and indignity. No matter how technical our evidence becomes, the Court will always need to hear these poignant and courageous voices.

How do you view the role of women in the field of justice?

For many centuries women were not permitted to become police officers, lawyers, judges and corrections officers. Now that we have entered these professions, we are still confronted with gender pay gaps, exclusive law, and bar societies which fail to embrace diversity and difference. Maternity leave often removes women from opportunities for promotion and the equitable allocation of work.

Harassment and bullying, a reflection of the abuse of workplace power, continue to dog our steps in even the most respected legal institutions. Women must have equal opportunities to enter and work equally in justice systems, but no country in the world has achieved such substantive equality. Those women who have advanced have done so

not because there is no workplace discrimination, but because they have survived such discrimination. The battle for equality, inclusion, and dignity continues, even in institutions intended to promote international human rights and criminal law. But now we have more gender champions — both male and female. We should never underestimate their value and worth.