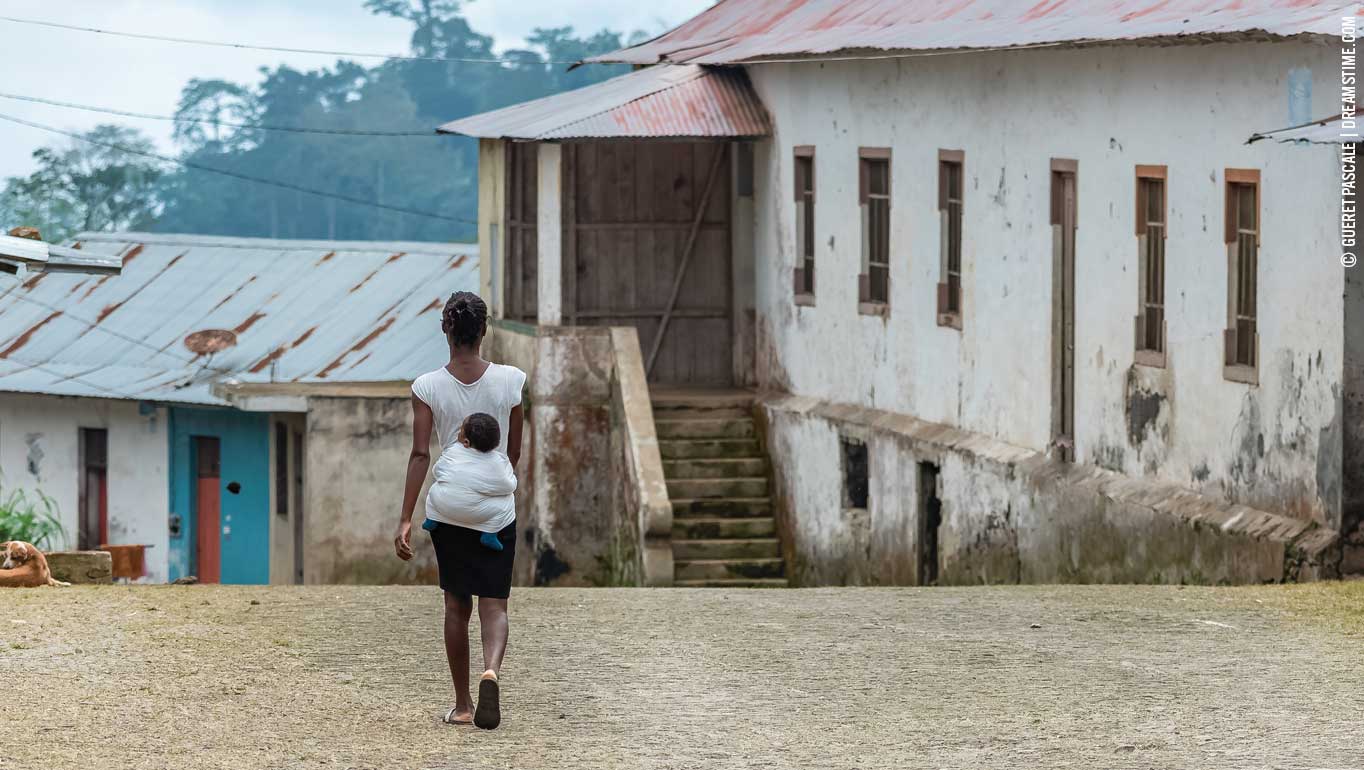 Memories of Africa: Poverty and other surprises
“Sometimes we let life guide us, and other times we take life by the horns”
By Cécile Molinier*
1 Jun 2022

I was 42 years old when I was transferred from the UN Secretariat in New York to the UN Development Programme (UNDP). Having moved up over 15 years through a variety of jobs in Conference Services, Administration and Management, and the Cabinet of the Director-General for Development and International Economic Cooperation, I was directly appointed as Deputy Permanent Representative in Tunisia, then as UNDP Resident Representative and UN Resident Coordinator in São Tomé and Príncipe, Togo and Mauritania.

Splendor and misery in São Tomé

The sheer beauty of the tropical archipelago of São Tomé and Príncipe was breathtaking, and so was its extreme poverty. Never in my life had I seen such utter destitution: people living in miserable huts, without access to electricity or running water, dying in numbers from malaria, and literally living off the fruit of the earth, which, fortunately for them, was quite plentiful in the equatorial forest. Beyond what nature had to offer, there was nothing to be bought on the island. Whatever the very small expatriate community consumed was imported by ship or airplane at considerable cost, way beyond the reach of the local population.

To me, born and raised in France, educated between France and England and coming from New York, the brutal contrast between the exuberant splendor of nature and the abject poverty of the inhabitants was deeply shocking. It turned me off completely from consumerism, so much so that when I next went to New York for a meeting and visited a shopping mall with colleagues, I felt physically disgusted and had to walk out.

But it also comforted me in the choice I had made to leave the sophistication and excitement of New York to move to Africa, where I felt that the UN could make a difference. Being in charge of the office and of the cooperation program, thanks to UNDP’s highly decentralized field structure I had a lot of leeway, as long as I remained within the general parameters of the country program and did not make too many waves… We focused our efforts on poverty reduction, working directly with women’s cooperatives and workers’ associations, but also with the different ministries to improve working conditions through administrative reform, thereby improving the quality of and access to basic services for the population.

Because the archipelago and its population are so small, it did not take long to see the impact of our collective efforts. In addition, by the time I moved on to my next assignment, oil had been discovered in the Gulf of Guinea, raising the prospect of abundant resources and significant improvements in the standards of living.

Mauritania: Voting in the sand

The contrast between São Tomé and Mauritania, from the Equator to the Sahel, could not be starker. There, I found three immensities — the sand, the sea and the sky — a diverse, ethnically divided population, and an ancient culture dating back to the roots of Islam. The UN’s interventions were quite diverse, but bound together by several common threads: food security, poverty, protection of the environment, and human rights…

One action stands out: our support to the democratic transition initiated after the peaceful overthrow of a President who had become increasingly autocratic. The de facto authorities had requested the support of the UN to manage an orderly transition to the first free and fair elections to be organized in the country. Before the coup d’état, UNDP had pioneered a dialogue with civil society on the achievement of the MDGs in the country, involving a number of groups and personalities who subsequently occupied prominent positions during the transition phase, which greatly facilitated our interaction with the de facto authorities. Significant resources, both financial and technical, were mobilized from multilateral and bilateral partners, and the elections were organized fairly smoothly.

On election day, I drove to several polling stations to observe the process. What struck me most was the calm determination and the pride of the people, men and women, who stood in line for hours, in the scorching sun, to cast their vote and freely choose a civilian president. For the first time, voting was not prearranged, and for the first time, their vote truly made a difference… After two years, the civilian president was overthrown by the head of his special guard, but political opposition remained strong.

What difference does the UN make?

When I arrived in São Tomé, I felt strongly that I was finally where I wanted to be, in a place where our work could make a difference in the lives of people. When I left Mauritania to take up my final posting as Director of the UNDP Office in Geneva,

I felt equally strongly that we had left a trace in the sand, a trace as colorful and light as the women’s melahfas (traditional veils), which would be washed away by the wind and the sea, but would not be forgotten.