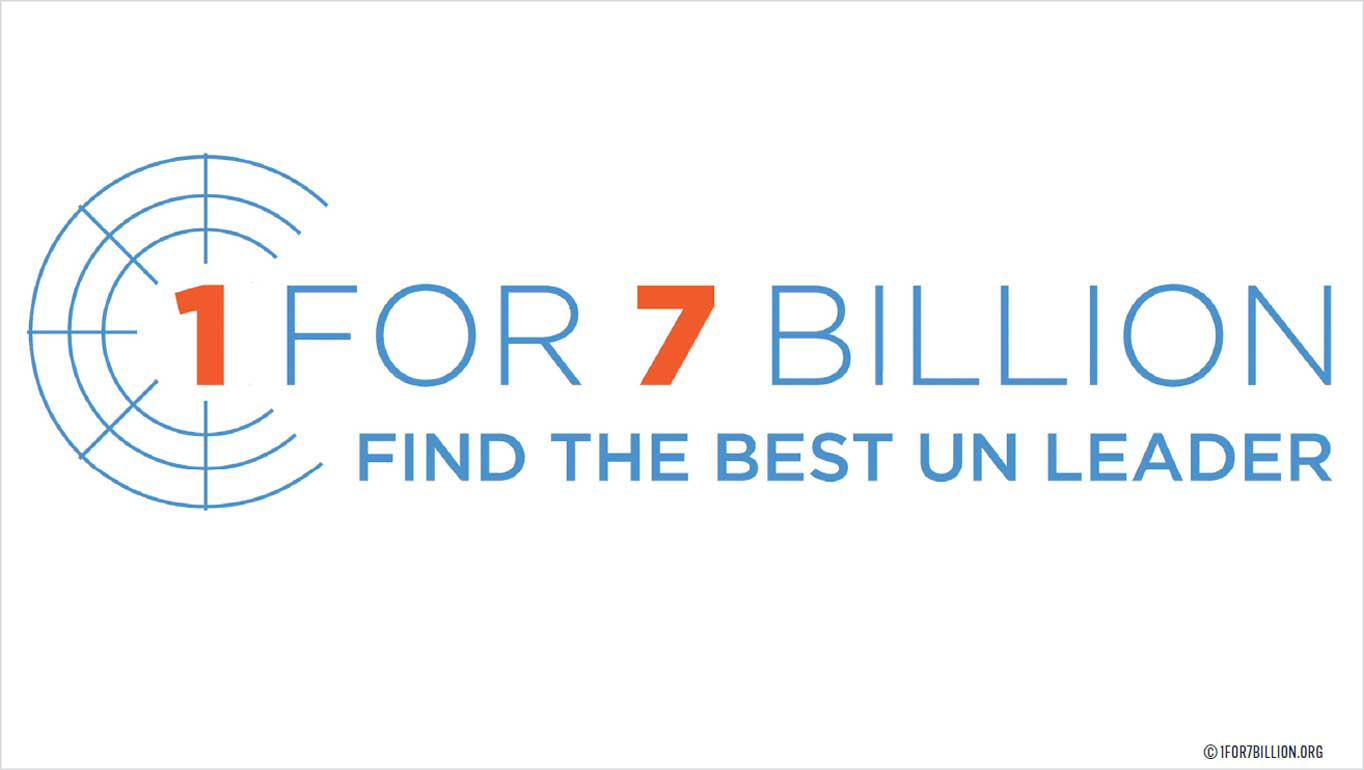 Make the Secretary-General selection more transparent
In 2016 the 1 FOR 7 BILLION campaign brought transparency to the selection process. But more needs to be done
By Ben Donaldson*
1 May 2021

For 70 years the appointment of the Secretary-General was shrouded in secrecy. It was the exclusive preserve of the Permanent Members of the Security Council, discussing, and at times even voting on, names without the candidate in question’s knowledge, let alone that of their government. In 1953 it took three telephone calls to a shocked Dag Hammarskjold, who did not know he was even under consideration, to be convinced that the job offer for Secretary-General wasn’t a joke.

But worthy appointments were despite the lack of process, not because of it. A failure in 1971 between Britain, America and China to coordinate vetoes saw the unintentional appointment of Kurt Waldheim. As well as widely being seen as one of the weakest Secretaries-General, it also later transpired he was a Nazi war criminal – surely an appointment made more likely due to the haphazard working methods with little opportunity for scrutiny of candidates.

We now find ourselves in the midst of the first re-application of this new process, with its beneficiary, Antonio Guterres, scheduled to appear before the General Assembly on 7 May to present his vision for another five years in office. The 2021 process was officially launched on 5 February by the Presidents of the General Assembly and Security Council, consolidating the reforms achieved five years ago.

Barring any last-minute entrants to the race, Mr Guterres’ bid for reelection looks assured. While it would be healthier for an incumbent Secretary-General seeking reappointment to be subject to competition to establish the legitimacy of their second term, the crucial point is that the opportunity has been there. The open door for candidates to come through to challenge an incumbent is a significant victory for all of us supporting an open, inclusive process, including members of the ACT Group of states, successive PGAs and the 1 for 7 Billion civil society campaign (which we launched back in 2014).

While the P5 still hold sway over the appointment, their exclusive claim, even for reselection situations, no longer holds. Five years ago, no one thought an ex-NATO Prime Minister would prevail, given the widespread view it was Eastern Europe’s “turn” to produce the winning candidate. Several P5 ambassadors linked the outcome to the new process and Guterres’ performance in front of the wider UN membership. This year the P5 were unable to issue the Secretary-General with a quiet guarantee of a smooth reappointment. In future races, any incumbent without broad support from member states can expect a raft of contenders stepping up to challenge them.

In the absence of a competitive race, there remains opportunities to scrutinize the Secretary-General’s performance and vision for a second term. Human Rights Watch has criticized Mr Guterres’ unwillingness to publicly call out rights-abusing governments by name and asked for all candidates to resist efforts by governments to sweep human rights under the carpet, while the Feminist UN Campaign gave the Secretary-General a mixed write-up on gender equality; in 2020 it gave him a “B” overall score but the report’s authors reported a troubling lack of momentum on rooting out sexual harassment, exploitation and abuse.

The 2021 appointment has brought into sharp relief the need to refine the process and explore further options to strengthen it in good time for the 2026 race. Applicants from all sectors and states in the General Assembly need to clarify at the earliest opportunity the rules around the criteria for an applicant becoming an official candidate.

1 for 7 Billion has pushed for nominations to be permissible, not only by member states, but by parliaments and civil society organizations, facilitated by much more robust selection criteria – and crucially, agreement on how the criteria will be applied for all candidates, whether presented by a member state or otherwise. Of course, at a certain point in the selection process state support is essential. The UN Charter ascribes a role to both the Security Council and General Assembly in the process so to become a successful candidate – and, ultimately, an effective Secretary-General requires significant state support, including in both these bodies.

Future refinements should be geared towards the emergence of the strongest possible open field of candidates. To do this, states should take the opportunity to work in partnership with civil society and parliamentarians in order to identify qualified individuals of all genders, backgrounds and regions, enable them to come forward and enrich future selection processes with their visions for the future of the United Nations.

No restrictions on nationality

This is not the case. For the UN’s first 70 years the Security Council discussed, and at times, even voted on names without the knowledge of the individual or in question or their government. It therefore remains possible for a candidate to be nominated by a state of which they are not a citizen, or indeed by more than one state – which could be desirable in terms of demonstrating broad, cross-regional support and reflecting modern realities of multiple citizenships.

While the Permanent Members of the Security can no longer exercise absolute power over all aspects of the selection process, they are still in a dominant position. There are three further reforms, none of which require amendments to the UN Charter, which would gear the process towards a fairer, more democratic appointment and a postholder with greater legitimacy and independence.

Firstly, the appointment should be for a longer, non-renewable term of office to avoid a compromised first term, during which powerful countries that hold the keys to reappointment must be kept happy and, as a result, the Secretary-General’s independence is hampered.

Secondly, rather than the Security Council recommend just one candidate for the General Assembly to rubber stamp, the Council could give the wider UN membership a meaningful choice by presenting a shortlist of candidates for the Assembly to choose between.

Finally, we need a commitment from all states and all candidates to rule out backroom deals which would see top jobs promised for nationals of certain states. Overall, over the past 10 years, 20% of the roles at the rank of Under-Secretary-General or above have gone to the nationals of the five permanent members – a rate nearly 10 times higher than is proportional. Extracting such returns discounts a large swathe of the global talent pool for high level UN jobs and, importantly, renders the UN less diverse, less meritocratic and ultimately less effective.

States, civil society and the global public should continue to demand greater transparency, fairness and inclusivity across UN appointment processes. Progress on this agenda will not only identify the most talented appointees but it will equip them with the legitimacy they need to excel, thereby giving the UN the best chance of rising to the challenge and addressing the severe global challenges we currently face.

* Head of Campaigns, UNA-UK, and co-founder of the 1 for 7 Billion campaign.
Read more articles about FOCUS ON