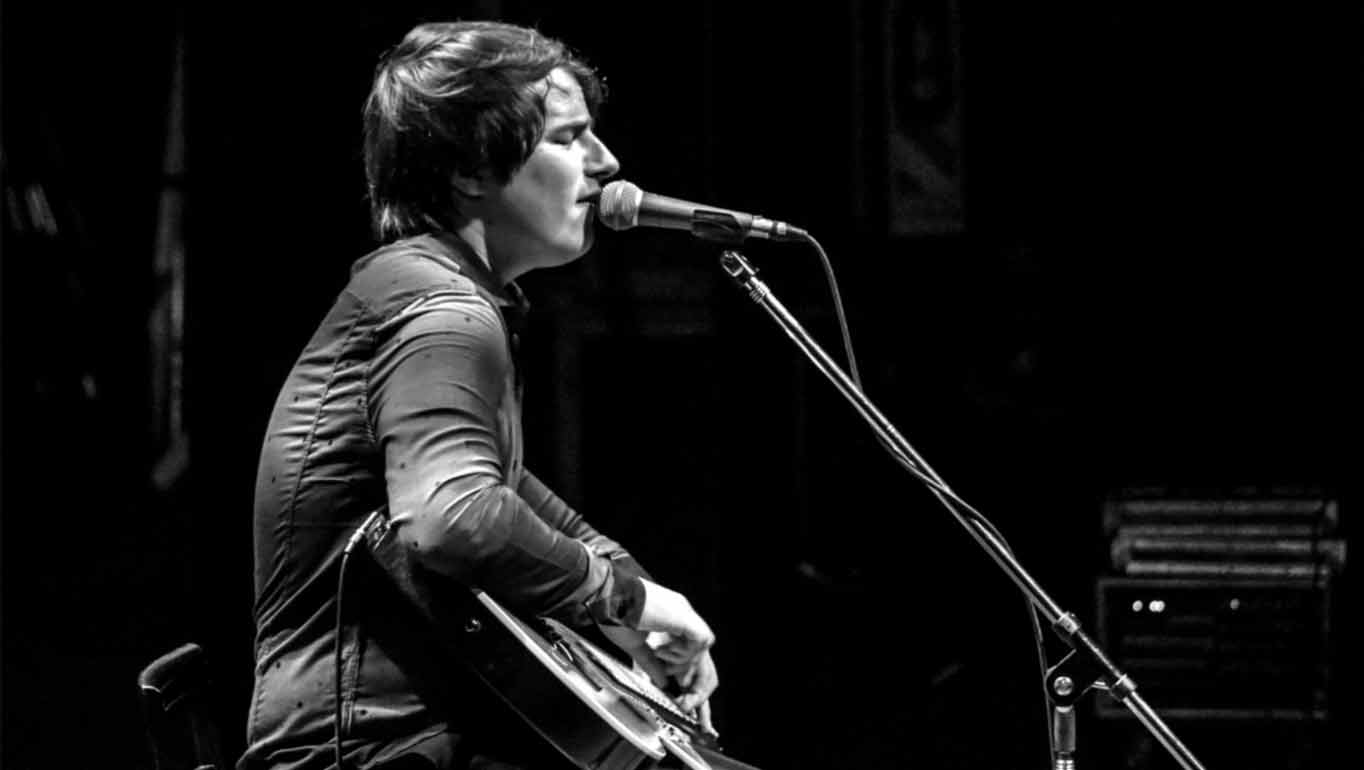 Listened to the musician. Watched the artist. Understood nothing
Nahuel Pennisi, singer, musician, composer, popular artist. He is blind. Does it matter? Not at all
By Julián Ginzo*
1 Dec 2021

This edition of UN Today aims to approach the issue of disability from a different angle. On this occasion, we intend to merge the challenge of having certain special abilities and apply them to the possibility of engaging and communicating good examples through art.

Meeting Nahuel was a powerful surprise. As I was once a musician myself, it was shocking to hear his voice and see how it flows in harmony with his perfect guitar playing. Discovering his popularity (with more than 200,000 followers on social media, winner of different national awards and Grammy Award nominations for Latin America), his barely 31 years and his touring all over the world only confirmed part of the experience. That he was blind, and that – as such – he used an incredible technique to play the instrument, literally knocked me off the chair.

As the guitar rests on his legs, his left hand sets the rhythm and tempo for the right hand, which travels a precise path over an ordinary fretboard – a combination of movements that are part of something extremely unusual. Anyone who plays a stringed instrument knows exactly what this is all about. It represents the reversal of all learned technique and the reformulation of everything from scratch. It was, therefore, opportune for me to contact him to hear the song of his life in the first person.

Who is he really?

Co-raised in Florencio Varela, Province of Buenos Aires, by his parents and grandparents, and as part of a team of four siblings, he was – according to him – “Happy to have had a very nice life, although difficult, always joyful”, where music was always his ‘flag’, his foundation, while he lived a ‘normal’ life, much like the one he is still living. He is a family man, he enjoys drinking a ‘mate’ with friends, playing football and – he says -, he has never felt like a person with disability. Not being able to see did not make this an issue or a topic of conversation at home. On the contrary and – again -, he mentions: “I was always brought up in a ‘normal’ way.”

His compositions and interpretations refer to what he senses, defining that “There are many images that I don’t need to see.” He likes to think in metaphors, learning to look at things differently, defining himself as “being grateful for simply being able to be and do what he loves”, which represents not only a challenge for himself, but also for everyone who likes to sing.

Keep trying and you will succeed

Learning an instrument takes time. Getting to perform such complex works can be part of a special and unique talent, but also part of never-ending perseverance. The version of “Ojalá” by author and composer Silvio Rodríguez, is a clear example. Nahuel re-emphasises that the concept of disability has to be left to one side, remarking that “All people have to have perseverance in whatever they do”, and adds, “Thank God I was born with a virtue towards music but – like everything else – that virtue has to be polished with time.”

Clearly, his inner strength has allowed him to stand up to life and crush that horrible word called ‘disability’, a word that segregates, that hurts, that frustrates – especially those who lack motivation and allow the system to allocate them in a place of constant vulnerability. “Family and environment are very important”, Nahuel points out and adds, “I never grew up thinking that because of my blindness I wouldn’t be able to do certain things. It’s true, I won’t be able to fly planes, but I will be happy doing what I like.”

So what is the recipe? How do we motivate those who haven’t had a family that integrates them, a family that shapes people with an attitude when facing life’s challenges? According to Nahuel, “We have to think about the things that make us well, the things we do have and value. Not being able to see must – for many people -, be something difficult, something hard, but there is much more than seeing, let’s try to learn from that place.”

His fourth and latest album, “Renacer”, has become a very popular, very familiar and very versatile masterpiece. He sings to his mother, to his wife, and mainly to the social problems of kids living on the street. Have you listened to it?