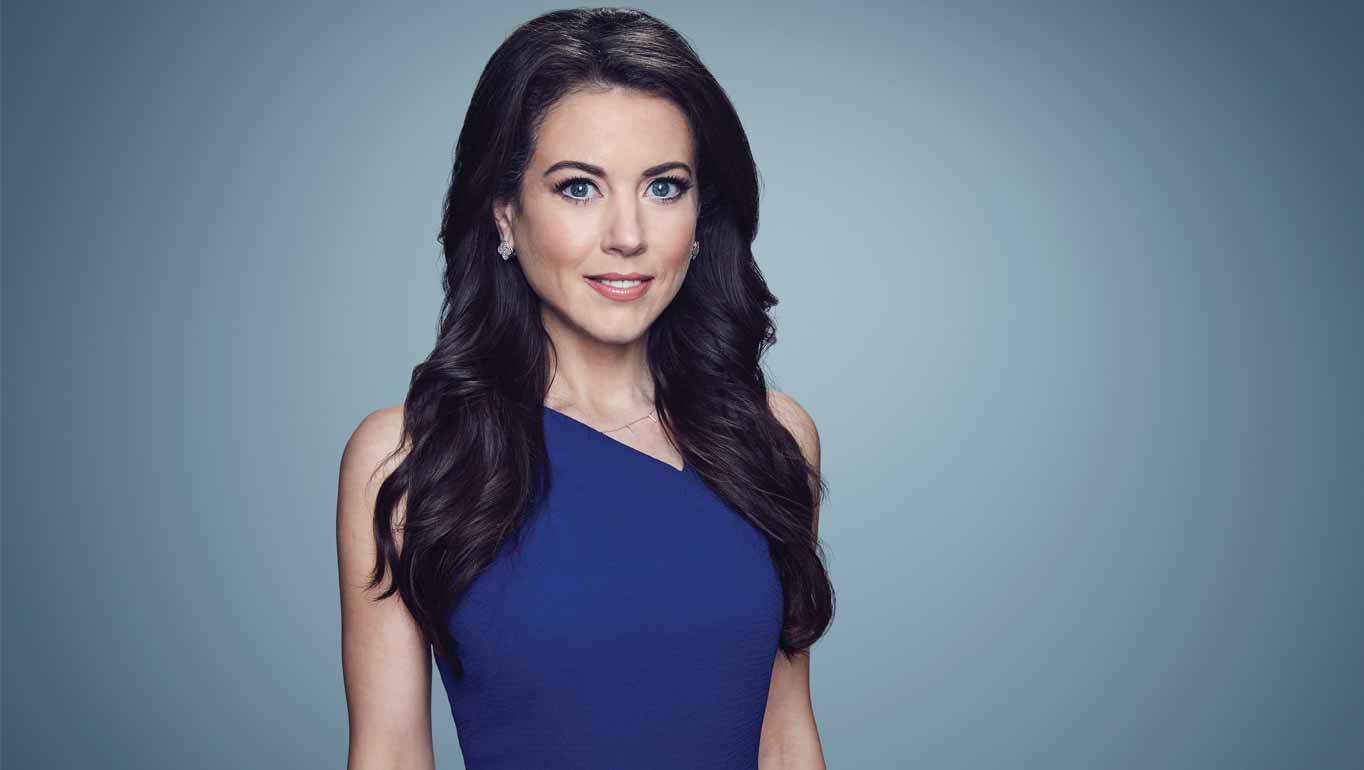 From all angles: a perspective on today’s challenges
A unique conversation with Julia Chatterley, Anchor and Correspondent of CNN International
By Julián Ginzo*
1 Oct 2022

Anchor of the television show “First Move with Julia Chatterley,” weekdays at 9 a.m. ET on CNN. Recent —and very incisive— moderator of the 2022 World Economic Forum in Davos. Worked at two key global financial institutions: Bloomberg and Morgan Stanley, learning the origin of many of today’s global economic problems — not a minor detail that helps construct the ‘sharpest’ interview questions. Now it’s our turn to ask.

Global Media and Information Literacy Week is organized by UNESCO this month. What does this celebration represent to you?

This is such a critical topic and one day I hope the importance of media and information literacy will be discussed alongside vital skills like financial literacy. Both are equally important to the healthy functioning of society, and as a former banker turned journalist, both are subjects I passionately believe should be taught in schools. There’s no question that media and information literacy is lacking today and that a trust deficit has grown.

The lines between fact and opinion have immeasurably blurred and accelerated social media use has fundamentally transformed the way people receive, exchange, and evaluate information. Some of that transformation has been positive, in terms of democratizing access to news and information and providing a platform to those who previously lacked a voice; yet by the same token a lot of it has been demonstrably corrosive. It is essential that people understand where information is derived, how to evaluate its veracity, and also how it may have been manipulated. It is also important to encourage people to break free from the self-created echo chambers of like-minded opinion and venture beyond for other perspectives. We need to remember as a society that disagreements are ok, debate is healthy, and to try to avoid extremes in anything.

The theme of this year is “Nurturing Trust.” Trust takes years to build and (now with social media) a second to destroy. How do you protect yourself, as a journalist, from being negatively impacted?

This question also takes me back to my time in banking and my decision to leave. The financial sector was under huge scrutiny, facing an enormous public backlash after the financial crisis, and I decided I wanted to be part of the solution, to help others understand what was happening and how to protect themselves better in future. Unfortunately, trust in journalism has also been similarly eroded by a combination of factors, one of which is a business model that relies on advertising, which can often produce content that is skewed towards catchy headlines, scandal, and punchy opinion versus actual news.

There is also a natural desire to be first with a breaking story, and using social media amplifies the ability to blast something out quickly without proper thought. It is so important to resist that. When I first arrived at CNN I was stunned by the layers of checks and filters that breaking news must pass before it can be aired. There’s also a mantra here that I view as gospel: “It’s better to be right than first,” and that is great advice for any journalist. I am not especially active on social media, and I tend to post things that are from my own show, where the stories have been vetted or we make it very clear who’s reporting it.

I am personally responsible for ensuring that any opinion I provide is clear and balanced, and I hope that in turn insulates me from danger. It’s a huge responsibility and should be seen as such. So, the main piece of advice I would give any journalist is to think before you post, be sure that what you are saying on Twitter is also something you’d be comfortable saying on TV, and ask yourself: are you discussing fact or opinion? You owe it to your audience to make that distinction clear.

The volume of fake news on social media has trained people to disbelieve more, even the truthful news. How do we address this for the future?

I think we will look back on this period of history, with a combination of inappropriately regulated opinion-based news media combined with largely unregulated social media platforms, as a very damaging one for society and democracy. In the latter case, the social media companies know the situation is out of control, but they are also not doing enough to tackle it — as witnessed by numerous recent whistleblowers. For them, I think it’s a three-stage process that begins with identifying and labeling misinformation, cracking down on fake accounts, and making sure that there is an easy way for people to trace the origins of messages — especially if those are state actors — and finally stepping up education. This last part is not just about media and information literacy, although that is crucial; it’s also about restoring our ability to talk to others who do not share our views.

The social and political discourse around the world has become so deeply divided and it is so hard to institute dialogue when opinions and feelings are so entrenched. We need to focus hard on bridging those gaps and teaching empathy. This holds true for the providers of news and information as much as the recipients.

We are surfing a wave of immediacy, where interviewees’ answers have to be short and to the point. When they don’t do so, is it better to ask questions again, or move on to the next one?

I have a one hour show every day, so I’m lucky to have a decent amount of time for a detailed conversation with my interviewees, and I do think it’s incredibly important to give enough time for them to say what they need to say, especially when discussing something complex.  The times when you need to ask a question again are more when an interviewee is dodging it.  My tactic then is to simply ask, then re-ask.  If the person is clearly prevaricating or evading the question I will eventually move on, but I will make it clear to the audience that the question has not been answered. I trust them to recognize the fact and make their own decisions. On a more general level, I think there’s an algorithmically driven assumption that people don’t want longer articles or deeper dives into a topic, and that needs to be resisted.  We are blessed with so much real estate online, and so many different platforms and media, and we need to be able to nurture places where people can truly learn and understand complex topics, and not be afraid to take a deeper dive into something.  Personally, I love the research part of my job, and any of my colleagues will tell you (possibly with great anguish) that I overprepare for interviews.  For me the chance to learn is something I cherish, and I think it’s so important to encourage wider and deeper reading and watching.

You were covering the World Economic Forum for CNN on TV and digital, and as a moderator of some panels. Of all the challenges that were discussed at this year’s forum, which one do you think is the most likely to be achieved and why?

I moderated several discussions at Davos, but the one that really stood out to me was about food security.  At the time we were talking a lot about the need to unlock the Black Sea, and at least there has been some incremental progress there, but there were longer-term issues under discussion that have really preyed on my mind since I returned from Switzerland.  Some of the statistics around food waste are truly stunning, especially the fact that eliminating the food waste in the EU and US alone would allow us to feed the world.  The current breakdown in relations between the U.S. and China is particularly disheartening in this respect, as those two countries have such enormous power to exert change in the way we produce, distribute and consume food, as well as how we fight climate change and build towards a more sustainable future.  There was a clear sense of frustration among many of the people that I spoke to at Davos, and a feeling that there is not enough being done.  It’s true that meaningful change can feel difficult to achieve quickly, but I’m struck by how much significant and historic change has been made in the way Europe has altered its energy consumption in the past six months as a response to the Ukraine war.  Now a lot of that change has not been good news for the environment, but what it shows is that dramatic change is possible in a crisis, and we need to follow it through to the next step in terms of our longer-term needs.  Clearly, where there is a will there is a way.

We must take that same level of commitment to tackling food security, sustainability, and the climate crisis.  We’ve seen this past week for example how California has made an extremely ambitious commitment to electric vehicles, eliminating new petrol-powered vehicle sales there by 2035.  Of course, we know that electric vehicles are far from a perfect solution and pose energy and environmental problems of their own, but this is a big step and is a commitment to at least doing something drastic.  We have heard the alarm call on the environment so many times over the past decade, but such actions show what might be possible if we really commit to change.  As the saying goes, it is better to light a candle than curse the darkness.

What is the interview you would like to do but haven’t been able to yet?

I’ve been fortunate enough to interview some extraordinary people, from politicians and CEOs to movie stars and cultural icons.  Remarkable though those people can be, I often find the greatest inspiration in the extraordinariness of, for want of a better word, ‘ordinary’ people.  I recently interviewed meditation guru Dr Deepak Chopra and actress and activist Gabriella Wright about their platform Nerveralone.love, which they have built to tackle mental health and hopefully prevent suicides around the world. Gabriela lost her beloved sister, Paulette several years ago and this is what she calls a ‘legacy of love’ in her honour.

I also spoke to a woman called Anastasia from Ukraine about her escape from Russian soldiers after the occupation of her hometown, Kherson. She quietly described how she thought she would be raped or killed before she was able to steal away in the night, leaving her close family behind. She now fears for them but has vowed to fight for her country from a distance and swore to me that she will never give up.  These are the stories I want to tell. So often the news can feel quite abstract, dispassionate, even relentlessly sad, and therefore a turnoff. Finding individuals whose lives have been profoundly changed by something can bring a vivid new dimension to a story and a far deeper understanding of why it matters.  I am grateful to CNN that every single day that I have the opportunity to share the stories of people like Gabriella, Deepak and Anastasia, and hopefully make a small difference in more people’s lives. And if I can do it with balance, grace and – where appropriate – some humour, then I’m doing my job properly and that’s also an enormous privilege.

* Julián Ginzo is a Contributor for UN Today.
Read more articles about 3 QUESTIONS