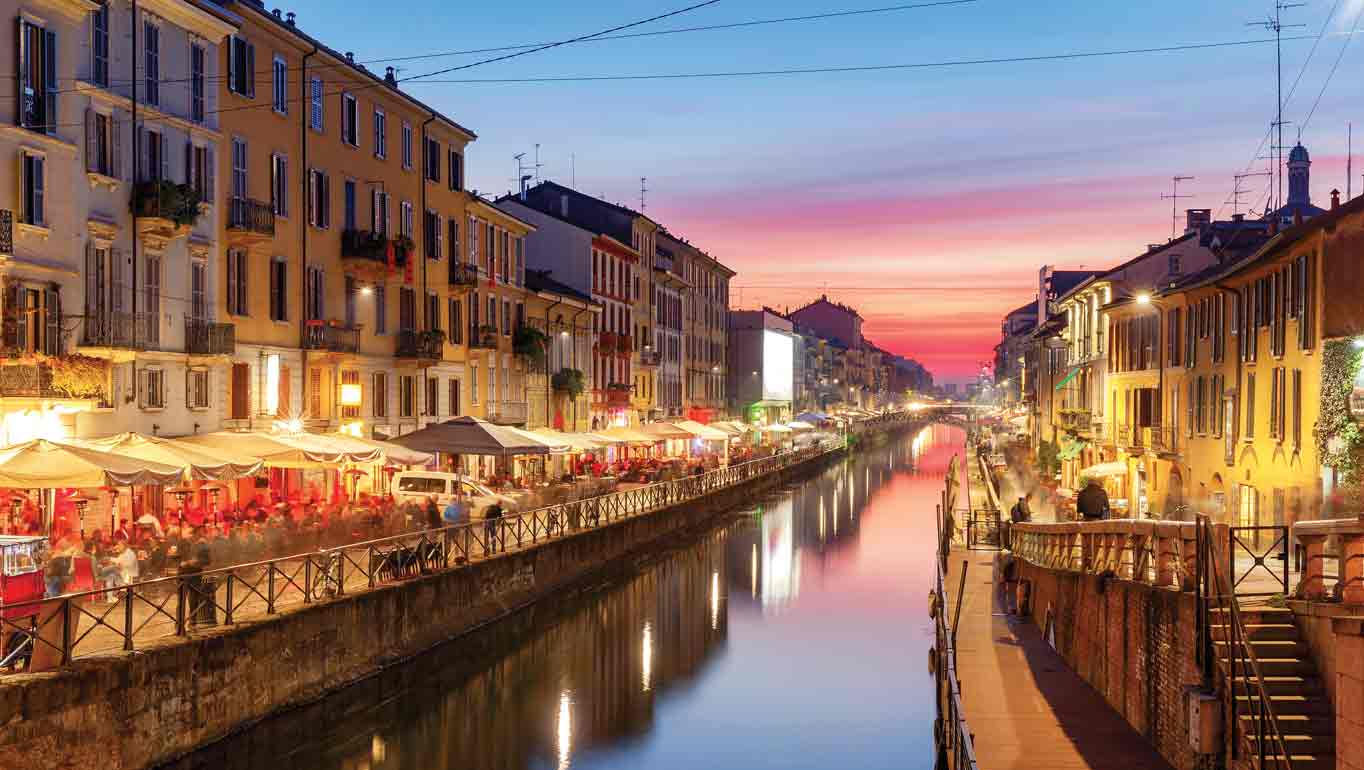 Italy’s Dolce Vita is just a train ride away
Truly one of the most magical countries in the world, and the good news is it’s only a short ride from Geneva
By Bianca Bartalena*
1 Jul 2022

Italy’s fashion capital is about so much more than couture. Discovering its essence starts at the Gothic cathedral, one of Europe’s largest, with 3,400 statues and 135 gargoyles — more than any other cathedral in the world. The cathedral’s terrazza has Alps views on clear days, while Piazza del Duomo is perfect for people-watching from its array of bars, bistros, bakeries and delis. From here it’s a short stroll to marvel at Leonardo da Vinci’s Last Supper in the ancient Santa Maria delle Grazie convent.

For a deep dive into the design for which the city is most famous, the San Babila district has iconic boutiques, the Fashion Museum, and Bagatti Valsecchi Museum of figurative arts, while lively Brera is focused on homewares. And looking to the future, the Bosco Verticale towers and their Library of Trees park are testament to Milan’s commitment to sustainability. Strolling along the Navigli canals with their trattoria and pubs is a popular evening pastime.

It may have an industrial image, but the original Italian capital, current Piedmont capital and Fiat HQ conceals one of Europe’s most breathtaking centers, filled with historic arcades and palaces. The Holy Shroud in the royal chapel of the Cathedral of Saint

John the Baptist can’t be viewed, but there’s an impressive replica in Museo della Sindone. Other sights are the landmark Mole Antonelliana, home to the National Cinema Museum and a terrace with Alps views; the twin Baroque churches Santa Cristina and San Carlo Borromeo; the Cavàl ‘d Brons monument to Emmanuel Philibert, Duke of Savoy; the Civic Museum of Ancient Art in Palazzo Madama; and the Egyptian Museum, its collection second only to the Cairo Museum.

This was the place where the aperitif was invented, while bicerin — the city’s famous blend of coffee, chocolate and cream — also begs to be sampled. Turin is known for its street food, too, with highlights including gofri — crisp honeycomb wafers with cold cuts, cheese and vegetables.

Known best for its food (hence the nickname ‘La Grassa’ or ‘The Fat’), the Emilia-Romagna capital was also home to the first university in the Western world. Now home to three universities, it blends a youthful feel with a UNESCO World Heritage listing — announced in 2021 – for its 62 km of vaulted porticoes. They join ancient Roman traces, medieval churches and once-military towers, including the leaning Due Torri of Asinelli e Garisenda, mentioned in Dante’s Inferno – one with a city-view terrace.

Wandering Bologna’s Piazza del Nettuno, Piazza Maggiore and Piazza Re Enzo reveals emblematic buildings, including the Palazzo di Re Enzo and the Church of San Petronio – one of the largest in Europe. All through the city are opportunities to sample its globally renowned food, including ragout alla Bolognese, tortellini, cappelletti, passatelli and bollito. There’s even a food ‘theme park’ here: F.I.C.O. Eataly World, with farming and cooking classes, a vineyard and an olive grove.

Birthplace of the Renaissance – and of the modern view of art as self-expression and of the self as an individual – the Tuscan capital is centered on its cathedral, the world’s third-largest church. Its magnificence is best appreciated from the viewing platform atop its Brunelleschi-engineered dome — which also has views over Giotto’s campanile, the rest of the city, and blissful Tuscan landscapes.

No less striking is Piazza della Signoria, home to the City Hall/Palazzo Vecchio (from a window of which would-be Medici assassin Jacopo de’ Pazzi was hanged) and to the open-air Loggia dei Lanzi with its splendid statues and arches — a prelude to the glory of the Uffizi Gallery with its masterpieces by Botticelli, Leonardo da Vinci, Michelangelo, Titian and Caravaggio. In 2022, the Vasari Corridor reopens in a new layout to take visitors from the Uffizi over the unique Ponte Vecchio to the Medici’s Boboli Gardens and museums of the Palazzo Pitti grand-ducal abode.

* Bianca Bartalena is the Country Manager of the National Tourism Board of Italy in Switzerland.
Read more articles about FOCUS ON