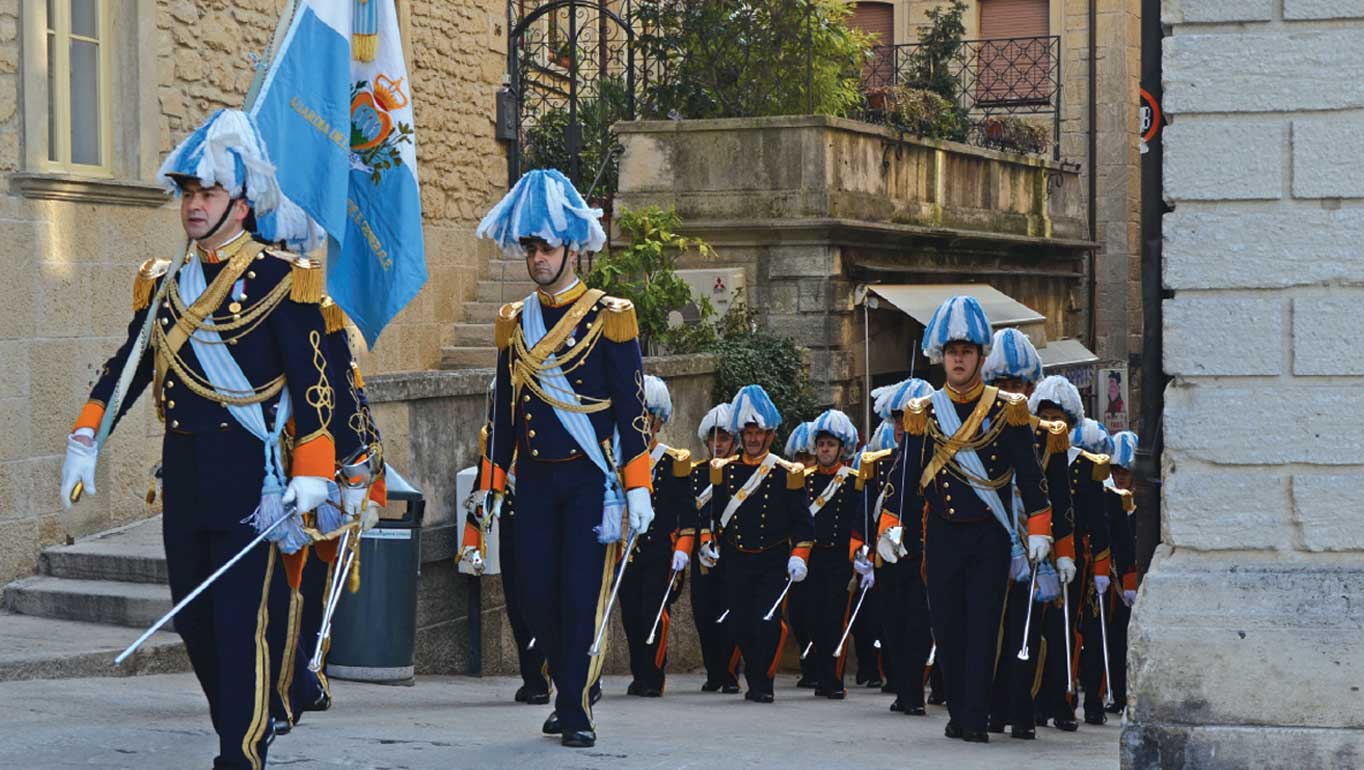 Why has a small community like San Marino attracted so much attention throughout history?

I believe it is because San Marino, in its 1720 years of uninterrupted independence and autonomy, has continuously preserved its freedom. Freedom from other larger powers, that it has gained and maintained and used skillfully to affirm itself and survive through many historical struggles and pressures.

San Marino is believed to have been founded in 301 AD, by a citizen of the roman empire (Marino), from what is currently Croatia, who found refuge from religious persecution in the land that became a Republic. It is actually the oldest republic in the world. If it has survived for so long, it is thanks to a conscious decision to eschew certain types of deeds and actions from the very start of its history, such as invading or ruling over other neighboring cities or lands. For instance, Napoleon Bonaparte, who not only respected our State borders but also appointed an ambassador to the Republic, offered to extend San Marino’s territory so it could have access to the sea. The authorities thanked him politely but declined the proposal, claiming that “an ambitious enlargement would have compromised its freedom over time.” This answer thus ensured the freedom of the small state after the end of the Napoleonic Empire.

Two American presidents took an interest in San Marino. Adams looked at how the San Marino model could be useful while forging the American Constitution. Lincoln wrote to the Heads of State (Capitani Reggenti) describing it as “one of the most honored in history.”

San Marino remained neutral during the Second World War. While bloody battles and heavy bombings ravaged nearby cities in Italy, the small republic hosted, nourished and saved more than 100,000 refugees, some of whom were Jewish, until the war was over.

You mention the “Capitani Reggenti”, in English the “Regent Captains.” Who are they?

The Capitani Reggenti are the two Heads of State, elected by the San Marino parliament based on collegiality. Their term of office lasts six months.

They represent the State and act as the supreme guarantors of the constitutional order of the Republic. They oversee the functioning of the Republic’s public and institutional powers. The impressive inaugural ceremony takes place every 1 April and 1 October, in accordance with a tradition that began in 1600. The first Captains mentioned in official records date back to 1243. An interesting element of this institution is that the Captains are held personally responsible for their mandate and choices. At the end of their term, they return to being normal citizens and are liable to intervention from the syndication. Every citizen of San Marino has the right to make an official complaint with respect to their wrongdoings or failure to act with regard to actions undertaken during the relevant semester and if the complaints are judged to be receivable by the Guarantor Council, they can be brought to trial.

You have preferred to talk of your country rather than about yourself in this interview. Is there any specific reason for this?

Well, my role in Geneva is very similar to that of many of my colleagues. Most UN officials know what Permanent Representatives do around here, i.e. their daily tasks and representational functions.

I am extremely proud to represent my country in several multilateral organizations, as well as being bilaterally engaged with Lichtenstein, the Russian Federation and Switzerland. I have a full agenda and very busy days. However, I wanted to use the great opportunity offered by this interview to introduce UN staff to my country, as it is often not well known, despite its outstanding beauty and its amazing history.

Ambassador, one last question. I understand you have some news that could be of interest to our staff ready to retire?

Yes, I do. I hope UN staff will find this information useful. Recently our parliament approved a law granting retired foreigners special permission to reside in San Marino under a very advantageous tax regime. We are currently involved in an evaluation exercise which would grant civil servants retiring from international organizations even more favorable conditions. I trust this may be of interest to those in international civil servants who are looking for a special place to retire to.