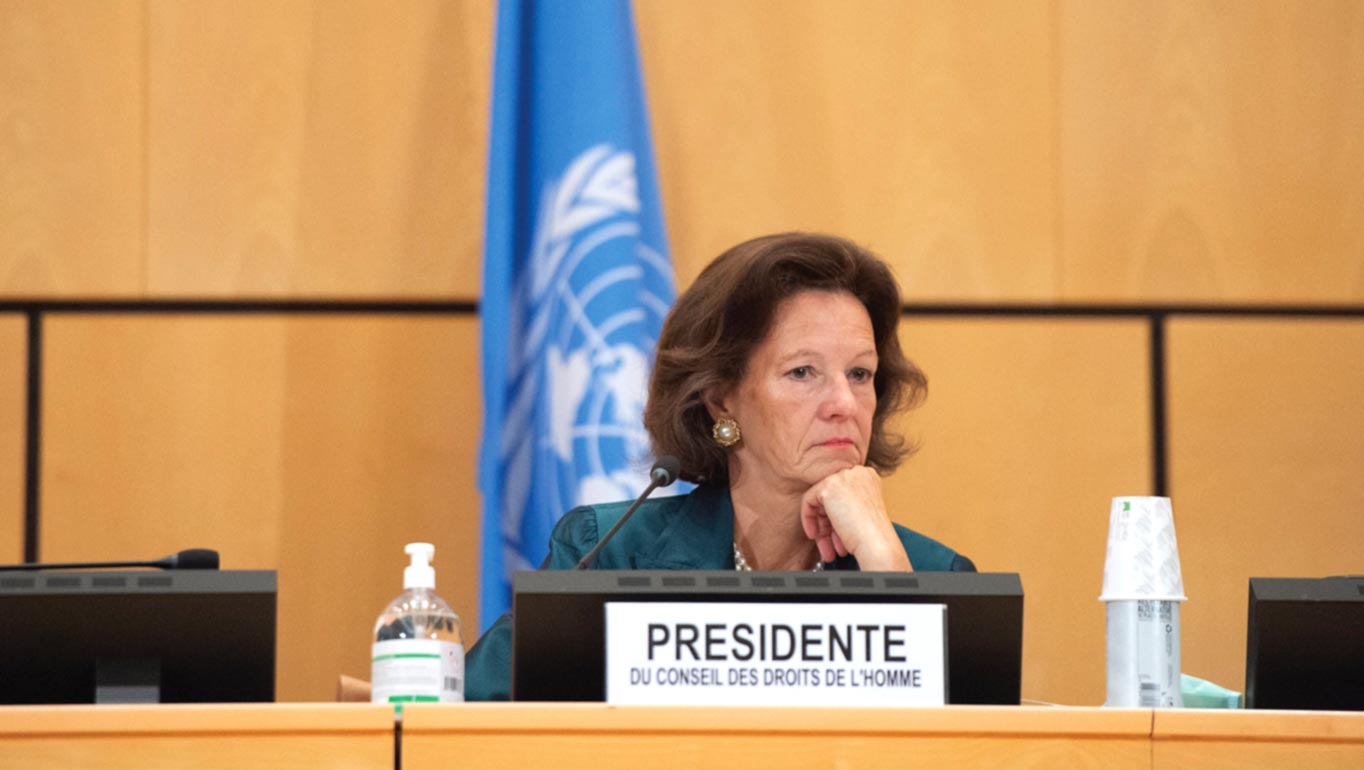 Please tell us briefly about your career, why you joined the diplomatic service and how you were appointed to your current position as Permanent Representative of Austria to the United Nations

All I knew when I was 18, was that I wanted to see a bit more of the world. Being not quite sure how to go about it, I opted for a double degree – law and languages – which proved to be useful.

By coincidence I landed my first job with the European Commission in Brussels – at a time when my country – Austria – was not yet an EU member state. I was lucky in that Austria applied for membership just at the time when I passed the entrance exam to the Austrian diplomatic service. As one of only a few Austrians who knew the EU from inside, I was selected into the team which negotiated Austria’s EU accession – the country’s main diplomatic project at the time. For me it was the beginning of decades of multilateral work.

I spent many years working on European affairs – in Vienna and Brussels, London and Dublin. After that, I was promoted to the post of Director General for Legal and Consular Affairs – a mandate which included a whole range of multilateral issues. During these years I also acted as Austria’s first coordinator against human trafficking.

I assume that this multilateral track record might have prompted my Minister to send me to Geneva, a unique diplomatic theatre with an unequalled variety of subject matters and international organisations, which – together – cover more or less all of the big questions of our time.

Can you tell us more about your experience as President of the Human Rights Council? What marked your tenure? Any specific event or result that you wish to mention?

The Human Rights Council (HRC) is to Geneva what the Security Council is to New York: politically the most sensitive body in town and arguably the most visible in the media. Both are seismographs of geopolitical developments.

The HRC is a gigantic machinery involving thousands of people – UN officials, diplomats, civil society, special rapporteurs and other mandate holders, academia and media representatives. It was the honour of my life to be elected as President of the HRC – not an easy “aircraft carrier” to steer.

The business of the HRC is the unfinished human rights agenda of the international community – the classical agenda which will never be fully settled, along with the newly arising human rights challenges such as digitalization or climate change.

While the media prefer to indulge in problems and conflicts, what really counts about the HRC are its success stories which, however, assume the form of modest baby-steps as opposed to out and out blockbusters.

In the 14 years of its existence, the HRC had developed a system of precedents for just about everything – except for a pandemic. Yet what happened in 2020 recalled John Lennon’s famous line: “life is what happens when you are busy making other plans”.

I am honoured to say that the Human Rights Council was the first Geneva body to re-emerge after the 1st COVID lock-down and the only one to complete its full programme of work. It adopted the first formal UN text after the pandemic outburst (“on the human rights implications of the COVID-19 crisis”), invented modalities for hybrid meetings and – by doing so – somehow became a laboratory for the whole UN system. Some of the novelties introduced – like virtual participation by very high-ranking speakers or human rights defenders, who would have hardly been able to attend physically – may well be retained.

You are now the Chairperson of the United Nations Economic Commission for Europe. What are your views of the organization and what your plans and wishes for your presidency?

This is the perfect moment to ask these questions: UNECE will turn 75 next year – a good opportunity to assess lessons learned and brainstorm about the future that we want for the Organisation. UNECE has gained a wealth of experience in terms of cooperating in a steadily increasing number of areas across a region which stretches from Canada to Kazakhstan – regardless of the political circumstances at any given moment.

During all these years, UNECE was ahead of the curve compared to other regions: it helped define a myriad of standards – e.g. on transport and trade – which people benefit from – often without knowing where they come from. It helped to explore new ideas and provide solutions to emerging challenges, while making sure that all the countries in the region catch up.

Today we see UNECE asking questions that are 20 years ahead of time. What standards and rules should we apply to automatic cars? What can we all learn from smart cities?

Two years ago – very presciently – UNECE started analyzing all its activities through the lens of the circular economy – a brilliant idea that the whole world should adopt, if it wants to master climate challenge.

Given these achievements, it is a mystery to me why UNECE is not better known to a wider audience. Maybe this is the flipside of one of its assets: its focus on technical progress rather than on political sensitivities. I would be very glad if I could contribute to enhancing the visibility of UNECE in the run-up to its 75th anniversary: The Organisation would more than merit it.

* Paola Deda is the Director of the Forests, Land and Housing Division at The United Nations Economic Commission for Europe (UNECE).
Read more articles about DIPLOMACY