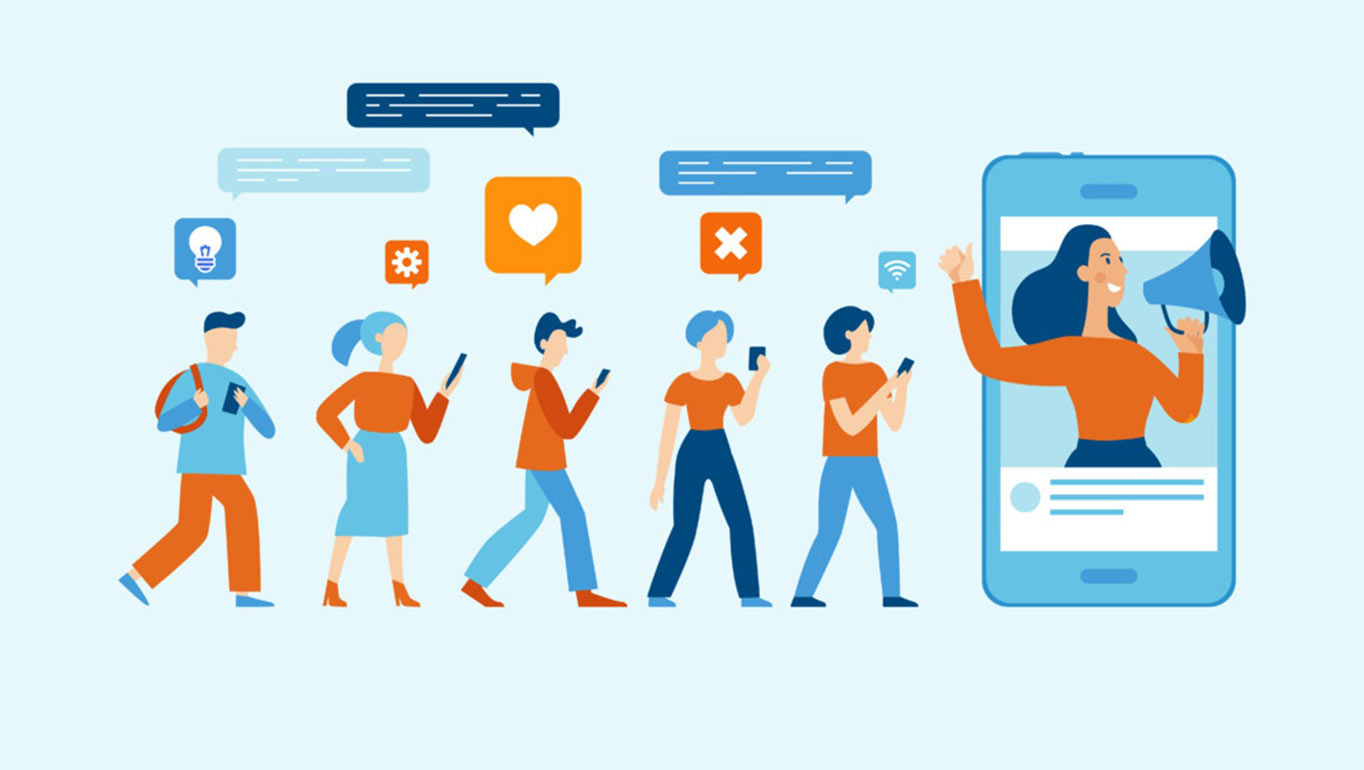 Influencers, social media and trust
In today’s information and data maelstrom, how do we find the truth?
By Michael Stopford*
1 Jul 2022

Imagine you were back just a few decades, before the internet, emails, mobile phones and social media. There was the nightly news broadcast on television — or before that, just on the radio (the wireless, as my parents used to call it when we sat down to hear the BBC Ten O’Clock news every evening). And then the newspapers, that staple of the morning commuter trains when every self-respecting employee would sit behind their Times, Figaro, Corriere, or Süddeutsche…. A simpler world in many respects, with news and information carefully selected and analyzed through the prism of various expert journalists and commentators. Mostly we trusted them, and mostly it was not 24/7.

And now: a tidal wave of information and data sweeps over us every day, every hour, every minute. Much of it is unfiltered or “disintermediated,” as we switch from the venerable sources of news to the supposedly raw data available constantly. Or, even more problematically, accessed through sites and sources we like because they fit our predetermined world view — but whose objectivity we have little interest in gauging. Confirmation bias, as it’s known. Sadly, this is far from the golden age of freedom of information and democratization of news we were promised in the early days of the internet, or when social media appeared to empower individuals the world over in resisting authoritarian or repressive regimes.

There are serious dangers inherent in the current maelstrom of information and data with which we are confronted. The obvious ones are the perils of fake news and disinformation, much discussed and lamented today. Beyond that, what social media and the online universe have fostered is precisely the opposite of that global community of shared values and freedoms initially heralded: instead we have vastly exacerbated polarization and the fragmentation and atomization of community.

Of course, propaganda has both long existed and been considered a legitimate instrument of political persuasion. Within the military arena, “StratComm” has similarly long been accepted, codified and taught as an important discipline and adjunct to the arsenal, as I experienced when I ran NATO’s strategic communications a decade ago. But today, these instruments of influence have escaped their more obvious uses and become a ubiquitous feature of our lives. For the commercial sector, the data now available is a goldmine: brands, products and companies now have a 24/7 interaction with their consumers and clients apparently willing to share their data and feedback constantly and for free. Social media is the marketers’ dream: PR agencies, communications experts and academics now devote the majority of their time, effort and expertise to the digital arena.

The comparatively recent phenomenon of online influencers is a fascinating development. The evolution of these influencers is a perfect example of how to ‘monetize’ — and hence ultimately discredit — one of the most striking creations of social media. As the latter grew out of direct personal experience and interaction with online friends, it was a natural development for these groups of friends to morph into an online source of opinion and advice. Who better to trust for guidance on a new product or service than your friends? An ever-available online word-of-mouth resource. And, as the groups of friends grew to encompass friends-of-friends, in ever larger circles, some online personalities grew to have a following beyond their immediate connections. Trusted because of their alleged authenticity, the guy or girl next door, unencumbered by advertising, people to turn to for ‘genuine advice.’

It did not take too long for these online personalities to realize they had a commercial opportunity in endorsing products or brands — and neither were the brands slow to see how supposedly impartial influencers could help them market their products. Today, influencers, and even micro-influencers — those targeting small constituencies — are an essential element in every marketers’ toolbox. No longer disinterested observers, but paid advertisers: if they need to justify their business, the influencers can always claim they truly believe in the products…

Celebrity endorsers and endorsements are a more obvious type of influence. These have, of course, existed well before the internet as a channel of advertising: the internet and our 24/7 information culture have, however, heightened the spurious impression that the consumer really knows the celebrity and feels a personal connection. The best-known of these ‘VIPs’ — whether footballer, musician, star CEO or politician — have over fifty-million followers on their Twitter accounts.

It all comes down to trust: the most precious element for any communicator, whether government, non-profit or commercial. Who has the credibility, who are we going to believe? Trust is the most valuable commodity. It is hardly surprising that the non-profit world, the pillars of civil society such as Amnesty International, Greenpeace, the World Wildlife Fund, are consistently the most trusted sectors of society, as the communications company Edelman has been illustrating for the past twenty years with its ‘Trust Barometer.’ More trusted than governments, media or business.

Yet it is difficult for us citizen-consumers to know whom to trust. Professedly authentic influencers are now paid commercial agents; the erstwhile voices of authority are discredited; news sources are often so polarized as to be suspect even in their factual reporting, let alone opinion. Fake news is not always easy to identify: Ancored recently ran a study on fake news on climate change for UNESCO and found hard put at times to distinguish satire and parody from fake news. And credible communication is so essential for the United Nations, given that so much of the Organization’s work and aspirations come down to advocacy.

The only answer, once again, seems to be to never suspend our critical judgment, to never accept at face value any piece of news, information, even data. We have to triangulate to find the truth: in a US context, this would mean listening both to CNN and Fox News, reading both the New York Times and the Wall Street Journal, whatever our personal inclinations might be. And, to be circumspect about social media and the online influencer world, wary of merely confirming our bias, open to conflicting opinion.

More recent generations are perhaps better equipped to discriminate amongst information sources than their elders, which might yet give us hope for a less polarized, more critical information society of the future.