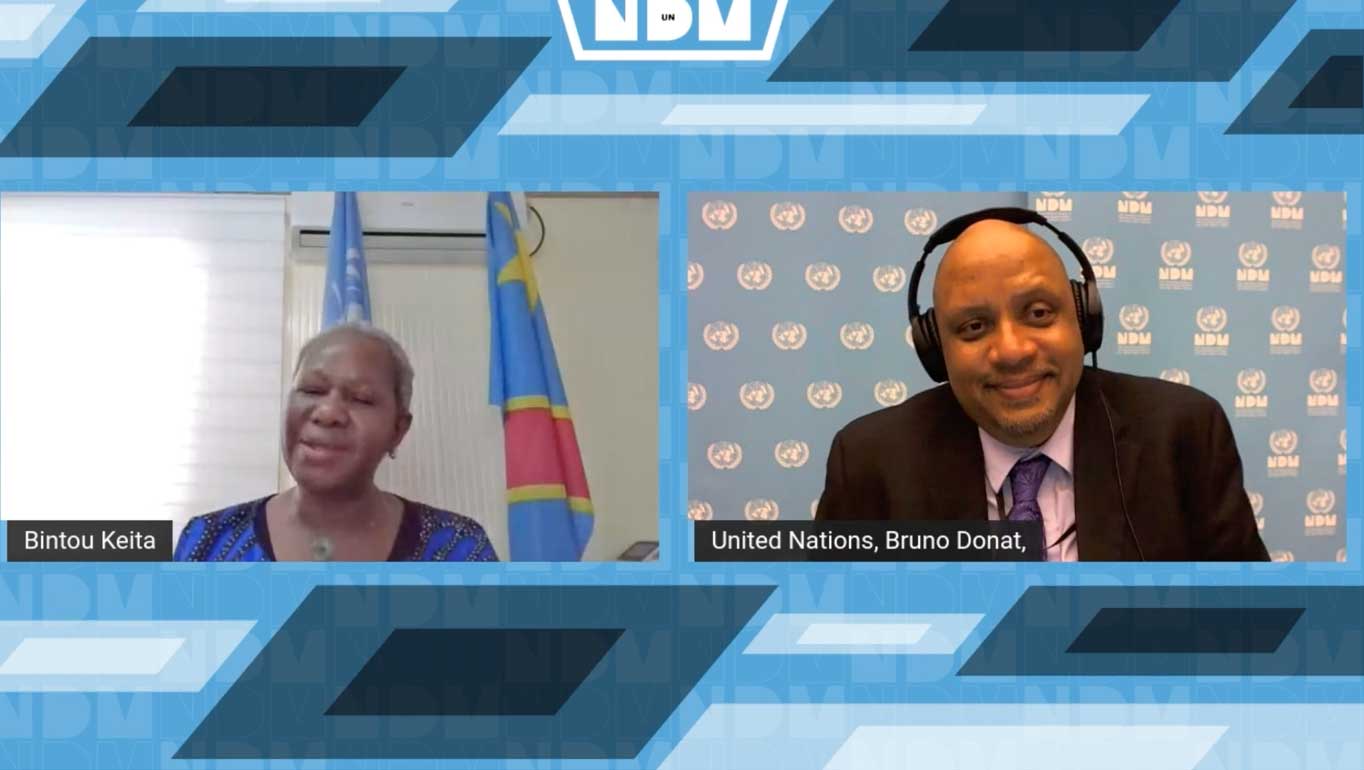 Inclusion and diversity: Racial equity in the United Nations and beyond
“Wherever we see racism, we must condemn it without reservation, without hesitation, without qualification” (António Guterres, UN Secretary-General).
By Rossana Scita*
25 Jun 2021

Inspired by the call of the United Nations Secretary-General for global engagement to understand and address the way racism and discrimination manifest themselves in the work environment, some colleagues from the Mine Action Service, within the Office of Rule of Law and Security Institutions at the Department of Peace Operations, have been advocating for enhanced inclusion, emulating target 16.7 of the Sustainable Development Goals: to “ensure responsive, inclusive, participatory and representative decision-making at all levels.”

For instance, at the 24th. international meeting of mine action Directors and United Nations Advisers, the mine action community held a plenary session on “Inclusion and Diversity: Racial Equity in Mine Action”, taking stock of the current situation and proposing ways forward for the first time in such a setting.

“Institutional racism exists also within the United Nations workplace, […] we have to work on the policies, and it’s a long way to go”, said panellist SRSG Bintou Keita, Head of the United Nations Organization Stabilization Mission in the Democratic Republic of the Congo (MONUSCO).

SRSG Keita is a prominent voice in the conversation on racial equity within and beyond the United Nations, recently publishing on the topic in Newsweek (also found on Medium).

“It’s not about being white or black or what we wear, […]  the way we look does not define who we are as human beings”, said the Chair of the event, Mr. Bruno Donat.

Mr. Donat is the Chief of the United Nations Mine Action Service Geneva office of the Department of Peace Operations. He also serves as the Global Coordinator of the Mine Action Area of Responsibility (MA AoR) of the UNHCR-led Global Protection Cluster.

During the plenary session, Mr. Donat emphasised how this conversation about racial equity can be uncomfortable, but that taking action towards racial equity is about empowering each other to make progress together.

Over the last year, there has been some progress in addressing racial discrimination within the UN, especially thanks to the several initiatives addressing racism and promoting dignity in the UN, but data shows that there is still a long way to go to achieve racial equity.

While thinking big and starting small, Mr. Donat is looking for guidance and advice on recent and rather concerning records he saw in the Service he works in. He points out: “moving from race proper to nationalities (those considered by UN statistics), while some 84% of our operations take place in Sub-Saharan Africa and the MENA region, 0% of our colleagues at level P3 and above in our HQ New York office come from Sub-Saharan Africa and only 4% of colleagues are from where we operate – dual nationalities not considered.”

He continues, “while this data is not comprehensive, nationality is a potential indicator of racial diversity and I think the UN needs to take urgent action to redress inequities. I almost want to quote our SG who said, ‘we must examine our efforts and ask ourselves if we are doing enough to combat racism and racial discrimination inside our Organization’.”

Indeed, even though the United Nations is a cosmopolitan workplace, this does not necessarily mean that it is an inclusive and racially equitable one. The pathway to reach racial equity is still long, and will require a review of the modus operandi of the Organisation, with particular attention to changing policy and ensuring accountability.

Mr. Donat has since joined the DPPA-DPO Anti-Racism Action Group (ARAG), which has representatives in the working groups of the Secretary-General Task Force on Addressing Racism and Promoting Dignity for All in the UN, and he is particularly interested in the ARAG workstream focusing on fairness in recruitment, promotion, retention, and opportunities. In a separate meeting, Mr. Donat remarked: “we should definitely do some more thinking, perhaps again through the lens of intersectionality, and take concrete actions. Racial equity is not a blame game. Don’t be ashamed of your privileges, if you have any. Instead, you should use the power that you may have to empower others.”

* Rossana Scita is the Inclusion and Diversity focal point at the UNMAS Geneva Office.
Read more articles about INSIDE VIEW