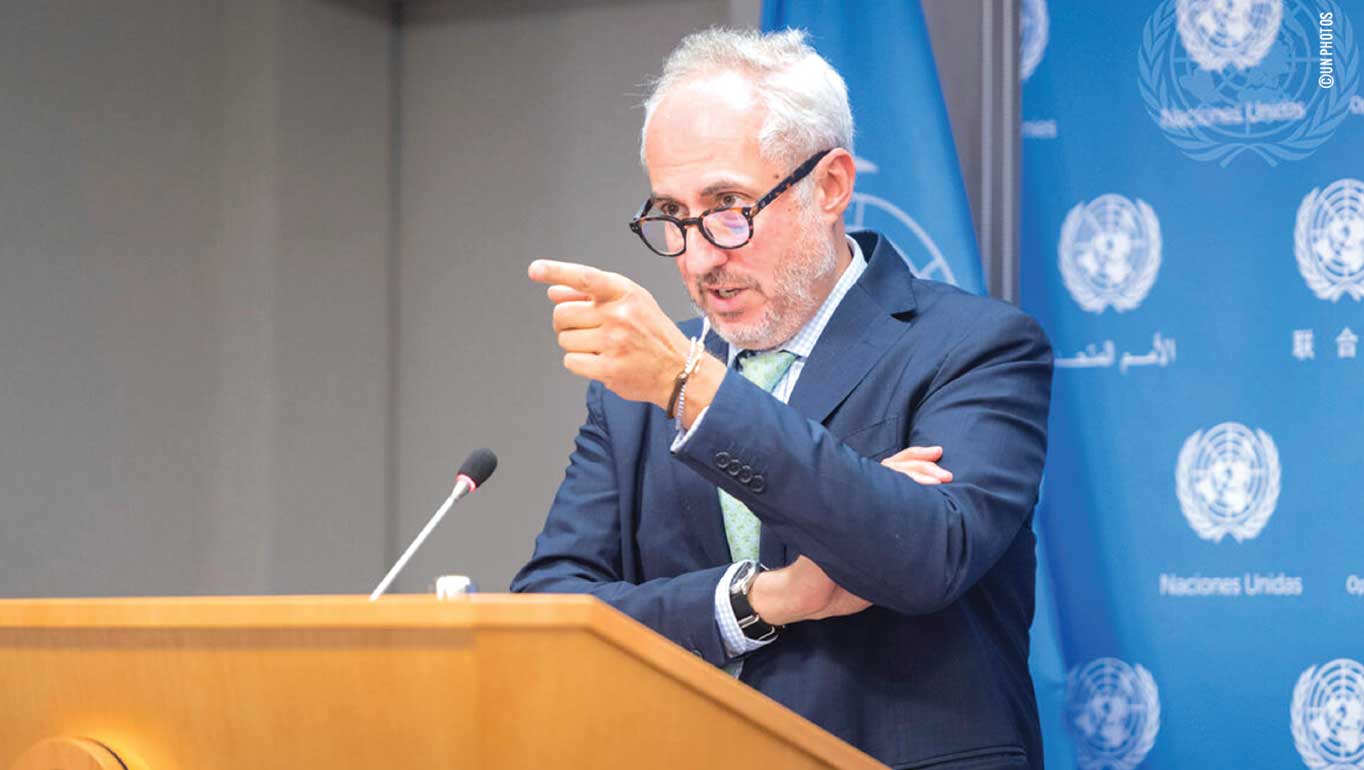 In the name of the Secretary-General
As spokesperson for the last three Secretaries-General, Stéphane Dujarric tells us how his job has changed
By Julián Ginzo*
1 May 2021

How has your communication style had to adapt as a Spokesperson for three different Secretaries-General coming from different cultural backgrounds?

The Secretary-General’s own social media account is not managed by my office. Social media has put a lot more pressure on journalists to file more quickly, because it used to be that journalists writing for a newspaper or filing for a TV show would file once during the day – and then that would be it. Now they are under pressure from their editors to file all through the day on big stories that need to be updated on Twitter, Facebook, Instagram.

We have a need to feed “the press machine” much more quickly. What you have today is a news cycle that turns faster and faster all the time, while the diplomatic cycle –with which we work– seems to go a bit faster but really it stays at a constant speed. As a consequence of this –for the Spokesperson’s office– the challenge is: how do you convert the speed of the news cycle with the speed of the diplomatic cycle. Diplomacy moves at a certain pace, probably for the right reasons.

Many movements and members of staff have called for a female Secretary-General. According to the gender policy, the post should go to a woman if she qualifies for it. Do you think that since the Secretary-General is trying to be reelected, he is somehow discouraging women from applying?

He is definitely not. He has been very clear that he will make himself available to whatever open process the Security Council, the General Assembly and Member of States want him to have.

He has brought about enormous gains in terms of gender parity within the Organization. In less than two years there has been full parity at Senior Management levels – positions that he directly appoints. We now also have full parity at the Resident Coordinator level in 166 countries and territories. That is something that is under his direct authority. He said he would do it. And he did it relatively quickly – when you think of how things move in the UN system. And he has done it not only because it is the right thing to do, but also because it is about the relation of power; it is also a way of dealing with issues of sexual harassment or abuse within the Organization. You have now more women in positions of power. He has pursued a very feminist policy in the way he runs the Organization.

You must be a person with a lot of anecdotes, many of them that you cannot share but some of them that you can. If you had to choose one – the best anecdote, the most uncomfortable, or the funniest one working as a Spokesperson, which one would this be?

I will tell you the most embarrassing one. My worst moment risked creating a big mess up at a very high level. Back in 2015, I was with Ban Ki-moon in Cairo during the conflict in Gaza. We were with the Foreign Minister of Egypt and John Kerry as Secretary of State of the United States. We were ready to issue a statement – a unilateral statement from the SG asking for a ceasefire in Gaza. The Americans really wanted us to do a joint statement. We had a draft statement that I had sent to New York, and I said “Hold on to it! Don’t issue it!”

There was a miscommunication and the statement was issued. Literally, the blood drained from my head. I was standing outside of the room, they walked out, I caught the Secretary-General and said “Sir, we have issued the statement by mistake. I really apologize”. He looked at me and he went “Go explain it to the Secretary of State”. So I walked up to John Kerry and I said “Sir, you know, we did this. I am really sorry”. He put his arm around me and he said “Don’t worry, mistakes happen”. I will be grateful to him because if he had raised his voice at me, I think Ban Ki-moon would have fired me on the spot.

Here’s another one. I was in Gaza with António Guterres in 2019. We went to a school and we met with a very small group of women, mothers – five or six of them. They were telling the Secretary-General about their problems, about the life in Gaza, and one of them needed medical treatment. She needed our help and the Secretary-General spread to the local UN staff to help her. As we were leaving he turned to me and says “How can we be expected to help millions if we can’t help one person?”

And that always stayed with me, because I think sometimes we talk about numbers of people who are in need and they are just numbers, but when you meet them you realize that the way we have to go about it is helping one person at a time. Behind each number there is a story, there is a child, there is a woman, and there is a man – each with their own humanity and their own needs. 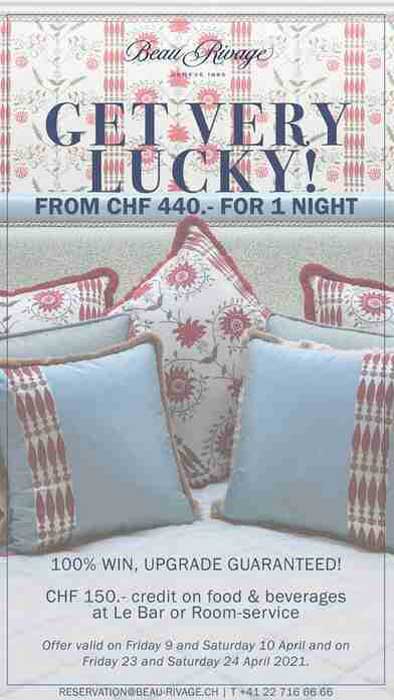