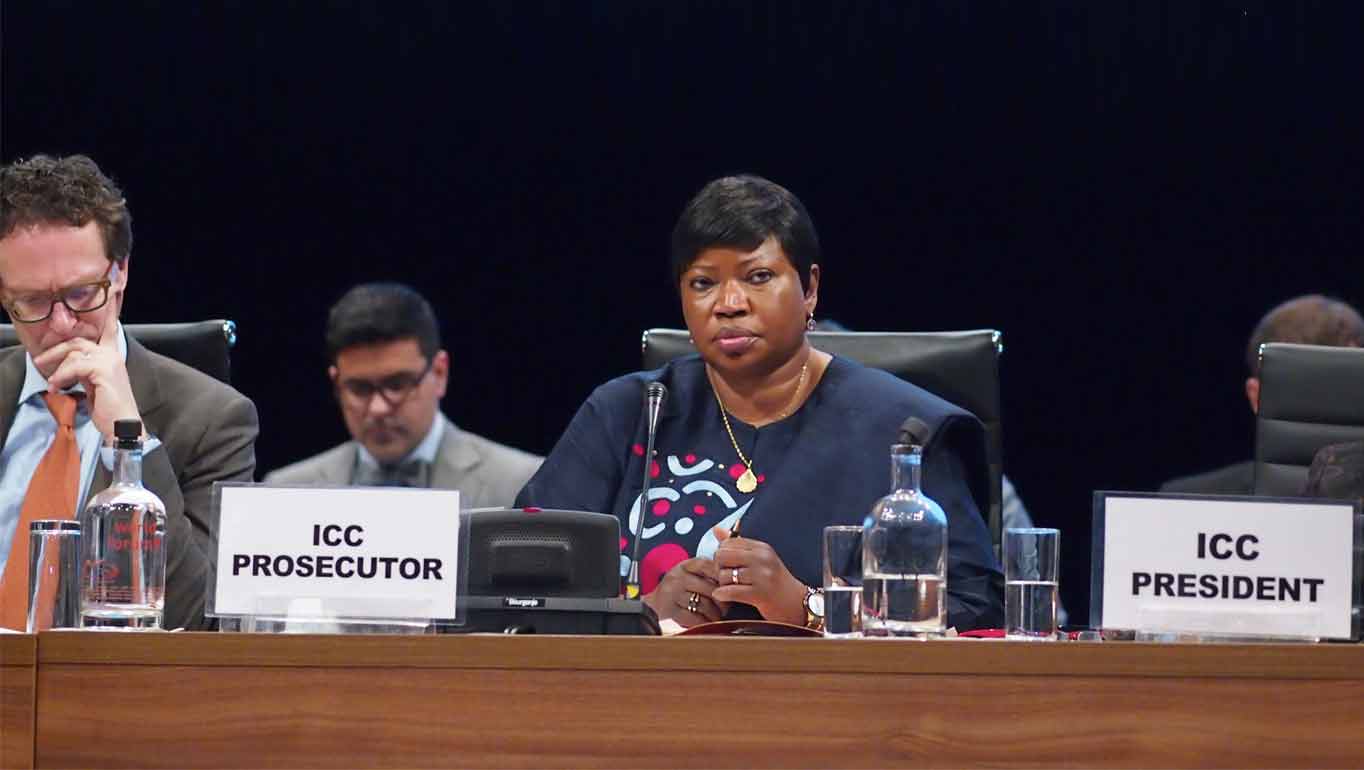 How do you define impartiality within the International Criminal Court (ICC) framework?

When we think of international criminal justice from a holistic perspective, we are reminded of the important role which concepts such as ‘rule of law’ and the ‘principle of equality’ play in the grand scheme of things. Central to the concept of ‘rule of law’ is the principle that the law should be applied equally and fairly in a manner that no actor — state or non-state — is above the law. In order for this to be attainable, any institution saddled with upholding rule of law must be independent, impartial and transparent.

As you all know, it was the atrocities committed by the Nazi regime more than 70 years ago that prompted the modern push toward human rights recognition and the development of international criminal justice. The ICC, the first permanent international criminal court, arose from this vision and represents the realization of our yearning for accountability in atrocity crimes, and to do so with complete independence and impartiality. It is undoubtedly a crucial pillar of a rules-based global order and deserves our utmost commitment and support.

Independence and impartiality are particularly important for the ICC and its officials in dispensing justice. Article 40 of the Rome Statute provides for the independence and complete impartiality of the Judges, and likewise the Prosecutor and the Deputy Prosecutor, in article 42 of the statute.

Justice, therefore, at the ICC, cannot and certainly must not be impartial. Impartiality guarantees the credibility of both the process and the institution, which in turn creates confidence in people who look up to the court as a beacon of hope. This is what guided me throughout my term at the ICC, both as Deputy Prosecutor and also as Prosecutor. I realized that I had the full backing of the Rome Statute which created the ICC and ensured that I applied the black letter of the law. As I frequently said, the law is my boss and it sees everyone as equal in its eyes.

Has the concept of impartiality in the ICC evolved under your mandate as Prosecutor?

While the ICC is not a human rights court in the strict sense, it has immense significance for the protection of the most fundamental human rights. It was of paramount importance for me to ensure accountability for perpetrators of the worst crimes that shock the conscience of humanity, and, by putting an end to impunity for these individuals, contribute to the prevention of such crimes and the protection of human rights.

I consider it an immense privilege to have had the opportunity to serve the ICC, first as its Deputy Prosecutor and then as its Chief Prosecutor, for almost the past 18 years, with my term as Prosecutor for nine years ending in June of 2021. My task as the Prosecutor was to fulfill the mandate that was vested upon me and my team by more than 120 States during the negotiations in Rome in 1998 that led to the adoption of the court’s founding treaty, the Rome Statute. To me, the mandate of the Court is straightforward: to investigate and prosecute those who commit atrocity crimes where the Court has jurisdiction and to do so independently, objectively and impartially.

For me, the underlying principle was always clear: impunity is no longer an option and anyone, regardless of their position or rank, may be held individually accountable for their criminal acts. I, together with the office I led, were committed to fulfilling this mandate. The mantra that I adopted, “Without fear or favor,” drove my conviction and guided me to perform my work at the ICC with complete objectivity, independence and impartiality. Never have I relented throughout my term at the ICC, despite all the odds.

Before I left office last year at the end of my nine-year mandate as ICC Prosecutor, the ICC was working, at full speed, to honor its important mandate. My office was carrying out preliminary examinations on four continents to determine if the Court’s intervention is warranted; we are conducting active investigations in Libya, Georgia, and Bangladesh/Myanmar, amongst others; and we are preparing or engaging in trial cases against alleged perpetrators from Sudan, Mali, and the Central African Republic. I had made submissions to the Pre-Trial Chamber (PTC) requesting for authorization to open investigations into the situation in the Philippines on the so-called “war on drugs” by the regime of President Duterte. The PTC granted this authorization a few months after I left office. On the strength of important changes undertaken during my term to enhance my office’s performance, we have managed to secure important convictions that do not only contribute to delivering justice to victims of mass atrocities independently and impartially, but also to the development of international criminal law jurisprudence: The Ntaganda, Al Mahdi and Dominic Ongwen, to name a few, are cases in point. I had also commenced judicial proceedings in the cases of Ali Khusayb (Darfur), Said et al. (CAR), and Al Hassan (Mali).

Notwithstanding the challenges inherent in the work of the Office of the Prosecutor, it was of utmost importance to me and the office I led that we would remain committed at all times to the important mandate bestowed upon us by the Rome Statute, as we were clear-eyed about the immense responsibility we shoulder, and the importance of the Court in cultivating a culture of accountability for atrocity crimes.

In that role as Prosecutor, I tried my sincere and honest best, with the courage of my convictions, to seek to execute the mandate bestowed upon me independently, impartially, and objectively — come what may, by way of criticism and critique. It was important to me that the law was equal for everybody and that nobody was above the law, or below it for that matter. I was known for saying, believing and applying another mantra: “The law is my boss and the law sees everyone as equal before it.”

Do you think that justice and impartiality are a good match?

Absolutely and without any doubt whatsoever. For justice to be effective it has to be applied equally across the board and without distinction based on any criteria whatsoever. Justice, whether at the domestic or international level, in whatever form, certainly must be impartial. Impartiality guarantees the credibility of both the process and the institution, which in turn creates confidence in people who look up to the court as a beacon of hope.

From a political perspective, States, as subjects of international law, form an integral part of the global legal order. Paradoxically, political will or the lack of it could greatly impact the efficacy of rule of law. However, I have ensured throughout not to allow justice to be sacrificed at the altar of political expediency.

Amongst the considerations I had in coming to any decision, I ensured that political considerations would form no part of it. It is no secret that during my time as Chief Prosecutor, I faced several political challenges while executing my mandate, the most notorious being the sanctions placed on my office by the Trump-led administration. While this was unprecedented, it should be noted that they were imposed on me personally and on another colleague for carrying out the legitimate work of my office. However, coming back to your question on whether justice and impartiality is a good match, in the same vein as I answered previously, I will categorically say that in order to be fair and just, one’s impartiality in dispensing justice cannot be compromised in any way, form or manner. It is cardinal to the very essence of having equal justice for all. Impartiality and justice must work hand-in-hand to be effective.