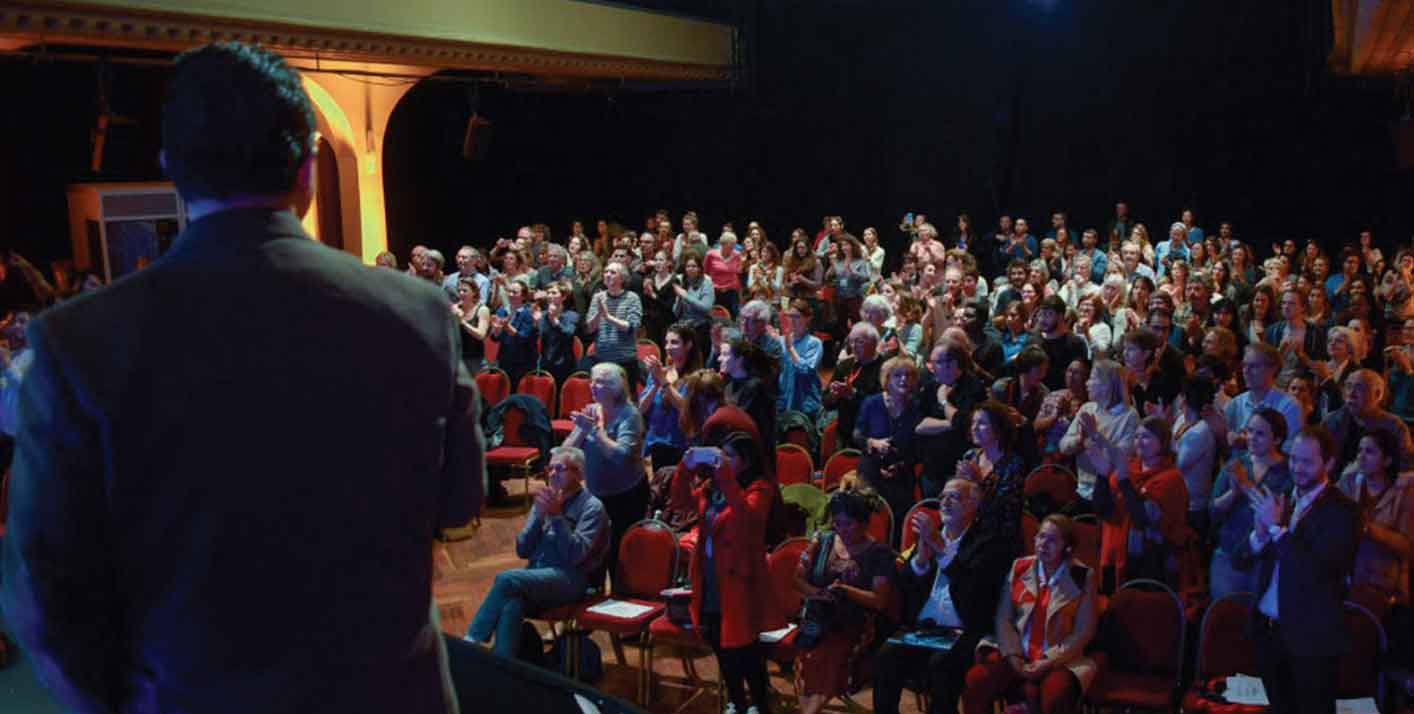 This 19th edition of the Festival intends to question and highlight the many new forms of collective commitment and creation emerging all over the planet. The current situation with the pandemic and the local restrictions in Switzerland have unfortunately forced the Festival Organizers to adapt and therefore propose an online edition. The films will consequently be available online and on-demand. All the debates surrounding them will also be broadcast live every evening.

For the past 18 years, the Festival has taken place in Geneva, the worldwide centre for diplomacy and human rights. The city is indeed host to over 750 Non-governmental Organizations (NGOs), and 41 international Organizations actively work and advocate to promote human rights and protect human rights activists worldwide. The Festival traditionally takes place parallel to the annual March session of the UN Human Rights Council.

Get on board for an innovative online edition

This edition offers new perspectives with new interactive formats. This year, the Festival is going to be a place for experimentation and exchange. The audience will be able to vote for their favourite movies in the Official Selection, and for the first time ever, a Public Award will be attributed at the end of the Festival.

As each year, international guests and leading figures in politics, arts, and activism from all around the world will attend the Festival. They will be available to answer numerous questions and discuss the most pressing issues related to human rights and the global challenges that will impact our societies and our future. Among the most noteworthy guests invited during this edition there will be the Swiss Federal Councillor Alain Berset, who will discuss the measures taken to contain the pandemic in the light of fundamental freedoms. Angela Davis, an icon of the civil rights movement, and Barbara Hendricks, singer, UNHCR Goodwill Ambassador, and FIFDH patron, will speak about racism in the United States. Filmmaker and activist Ai Weiwei will present Coronation, a stunning documentary film shot clandestinely in Wuhan, China, amid the first months of the pandemic.

Impact Day is an event that brings together filmmakers, producers, NGOs, activists, and experts around documentary projects which tackle human rights and social issues. The goal is to help them connect and develop new strategies on production, distribution, financing, and impact. Launched in 2019, this programme for professionals is supported by the Swiss Federal Office of Culture (OFC).

During this event, non-fiction film directors have the opportunity to meet with leading experts and award-winning filmmakers. According to Laura Longobardi, Head of Partnerships and Impact Day, “This initiative will be an excellent opportunity for filmmakers to learn from the experiences of peer experts and their know-how, especially on how films can change mindsets and behaviours”. Among the main objectives of Impact Day is how to use documentary films as a tool for social change.

During this event, film directors will also have the opportunity to find potential alliances and strategies that will increase the quality and results of their joint actions to have a positive impact on the world we live in.

Impact Day’s activities are divided into two categories. The first covers training and networking events and favours selected filmmakers with a film project and changemakers (International Organizations, NGOs, and Foundations). The second category covers public activities and is geared towards every filmmaker or organisation interested in impact production.

During the previous edition, 21 documentary projects were presented, representing 22 countries from all over the world (taking into account productions and co-productions). Most of these 21 documentary films were in production and post-production stage. This year, among the 131 documentary projects received from 70 countries, 16 have ultimately been selected to take part in Impact Day 2021. They come from 19 countries and cover all continents. It is worth noting that 50% of the films are directed by women, 31% by men and 19% are co-directed by mixed teams.

The topics cover a wide range of urgent issues. These include human rights abuses in Libya’s detention centres, child trafficking in India, the death penalty in Belarus, indigenous activism in the Amazon and the Philippines, corporate responsibility in countries such as Guatemala or Switzerland, as well as forced displacement issues and land rights in Europe.

Due to the public health situation, Impact Day 2021 has been redesigned with a hybrid and expanded format. Its different modules were scheduled online and/or in situ between January and March. The first part of this 2021 programme took place last month on January 27th and 28th. It included an online webinar opened to external observers in the film industry, with the participation of the selected film teams. This first webinar saw the participation of prominent speakers, such as Pamela Yates, documentary filmmaker and human rights activist. During her career, she won several awards, including the Sundance Award for best documentary, the Emmy Award, and an Academy Award for her works.

The second part of the programme for the selected 16 film projects of this year will take place on 8th and 9th March. It will include an informative session for NGOs and organizations wanting to engage with films. The creative teams behind each of these films will attend a three-part Lab, in which experienced filmmakers and impact producers will help them develop impact goals and strategies for their films, as well as guide them in collaborating with NGOs and other organisations outside of the film field. Matchmaking will take place as well, with one-to-one meetings between selected film teams and NGOs, and organisations. Representatives from NGOs, international organisations, foundations, as well as philanthropists, and those involved in human rights advocacy and activities in the field will be able to attend the sessions dedicated to how to engage with films and use them to enhance the impact of their work.

According to Laura Longobardi “One of the reasons filmmakers participate in the Festival is to meet those who can help with their films. The aim is to have them contribute to the discussion, expose important issues, tell the truth, and help testify about situations taking place around the world. All of this can be done through the power of images and narratives and can help change behaviours, perceptions, mentalities, and even laws “.

Join the debate on www.fifdh.org from March 5 to 14 for an innovative and interactive edition of the FIFDH! 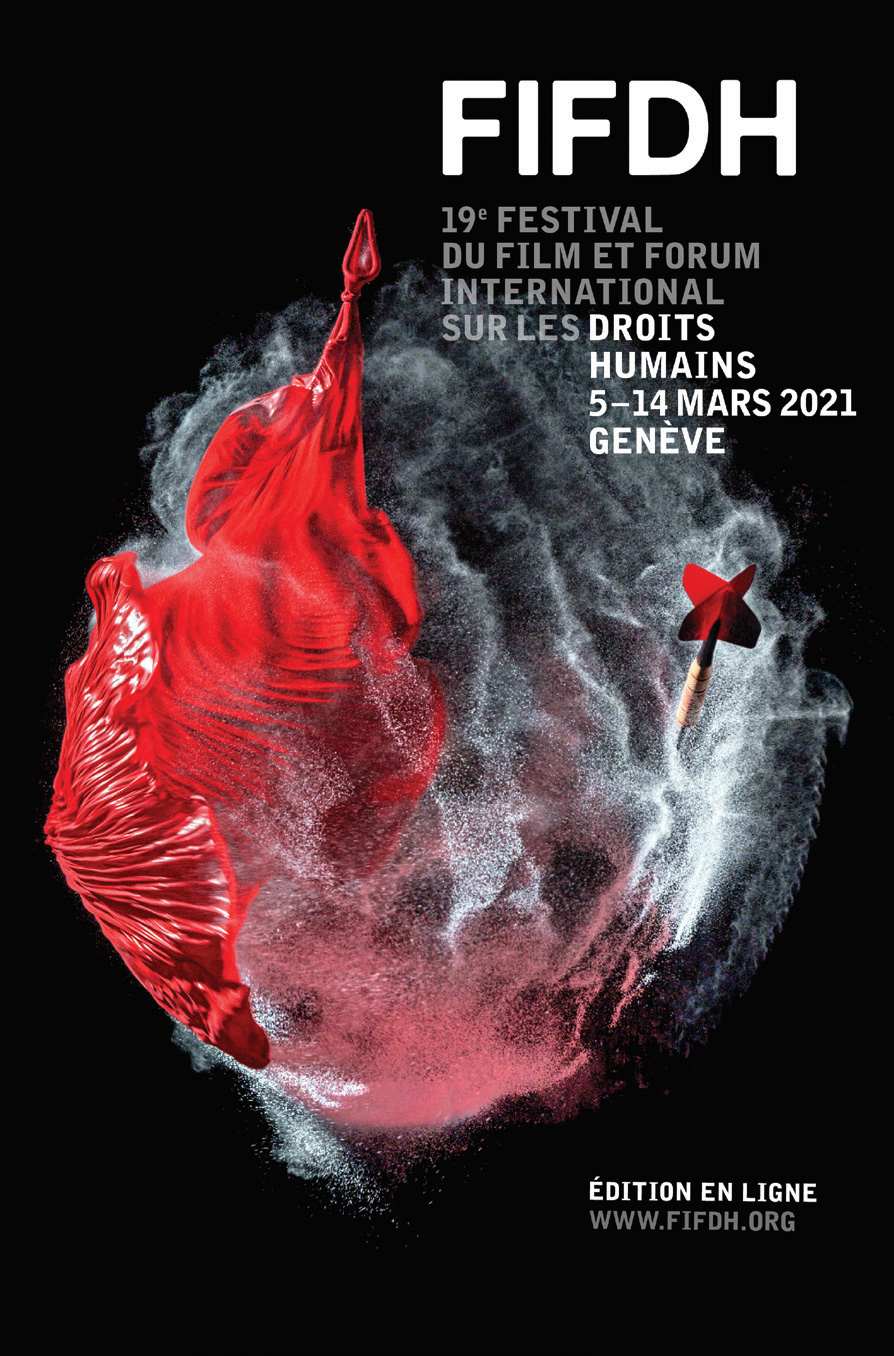 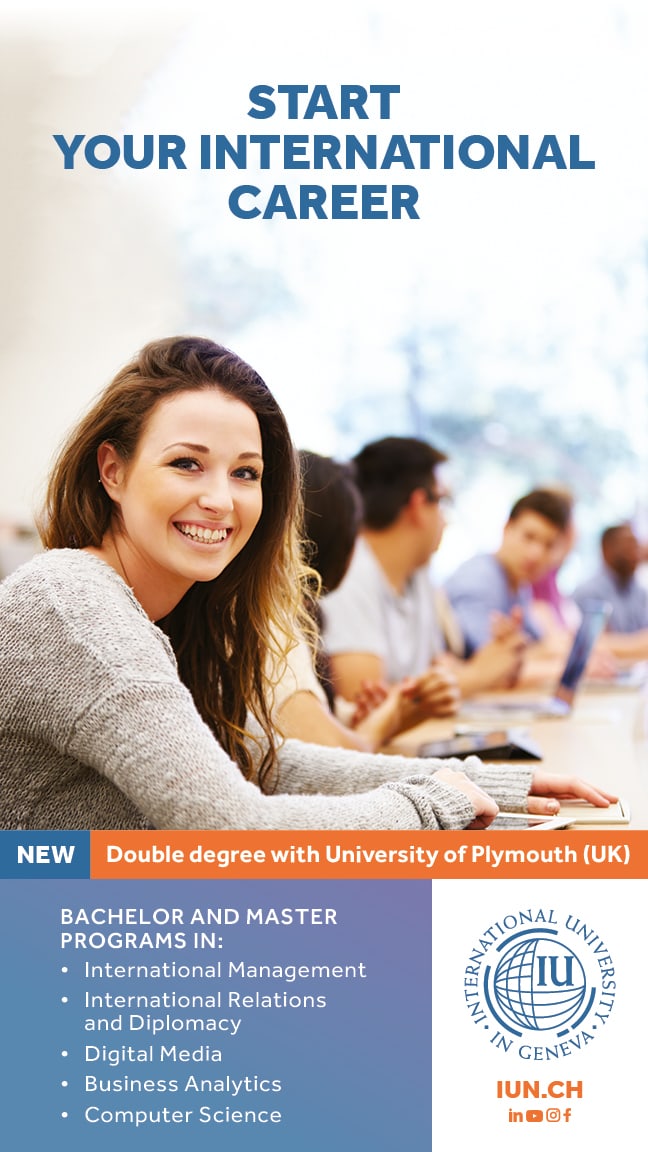 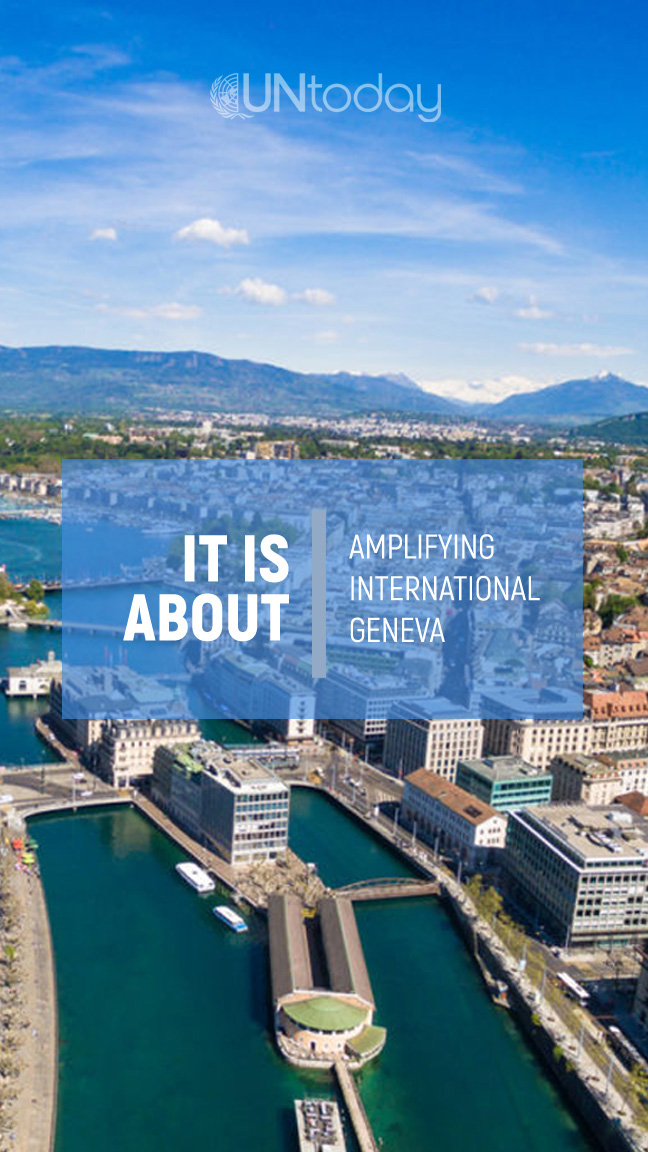 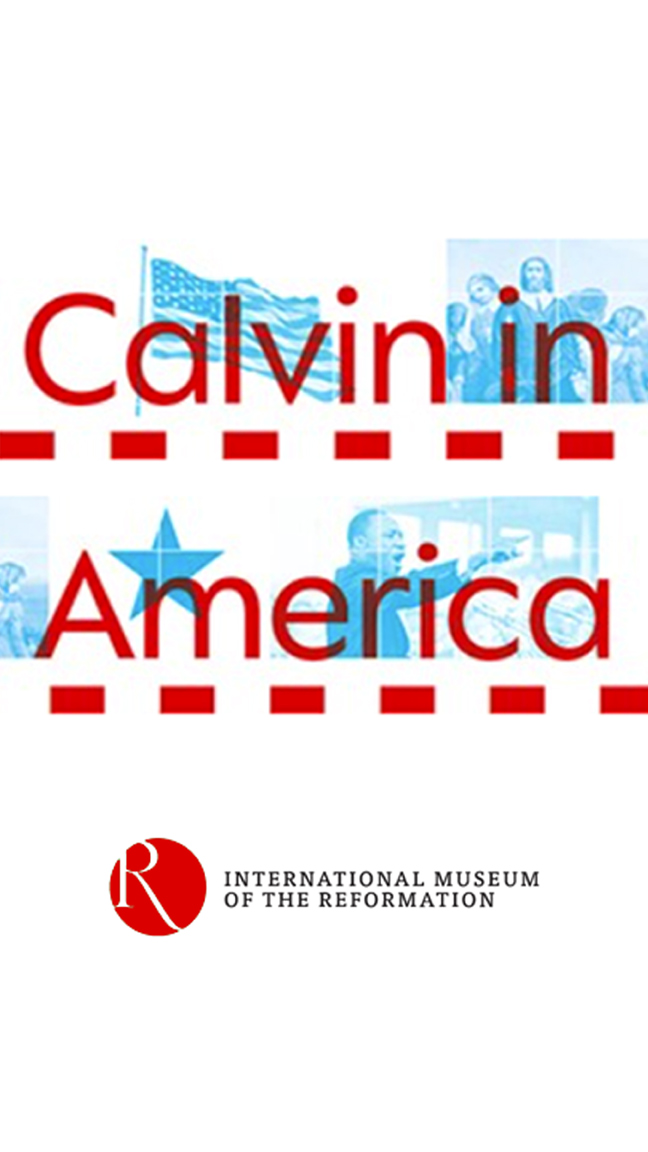 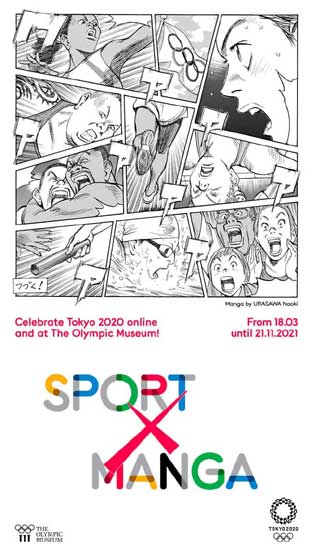 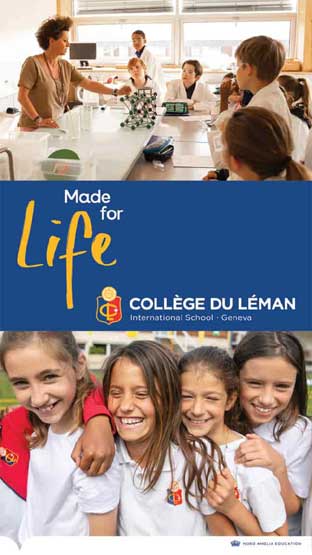 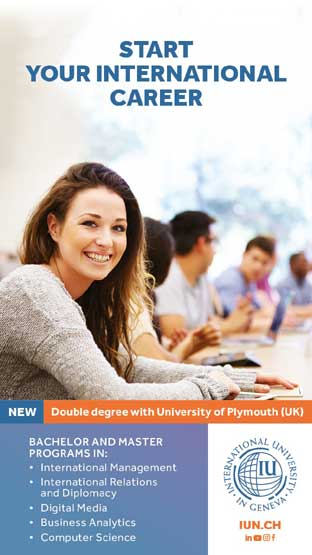