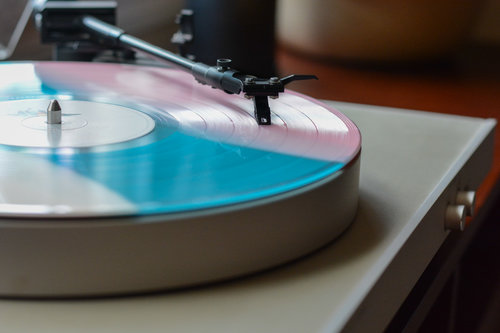 On 13 November the Permanent Representation of the Netherlands to the United Nations in Geneva drew attention to human rights and humanitarian issues in an artistic way: with “4 Corners of Expression”. At the United Nations, live on stage, 4 human rights were expressed through 4 different art forms: singing, drawing, dancing and vlogging.

Singer-songwriter and human rights defender Ani Zonneveld represents freedom of religion and tolerance through her songs.

Ani Zonneveld is a Malaysian-American Grammy-award winning singer-songwriter, writer, imam and human rights defender based in Los Angeles. She is the founder and president of Muslims for Progressive Values (MPV), an international human rights organisation that advocates for a liberal and progressive Islamic worldview.

“I was in the music for 25 years, working as a songwriter and producer. But after 9/11 I discovered that I could use spiritual-themed music to put out a positive message. One that was counter to what became the inevitable narrative of Islamism, of terrorism, of Islam equals terrorism. It was my personal evolution at that moment, the evolution from music only to music and advocacy.”

“It was my personal evolution at that moment, the evolution from music only to music and advocacy.”

It is easier to hate than to love

“I now consider myself more an activist than a singer-songwriter. An activist promoting human rights culture in Muslim societies. A couple of years ago I performed at a Christian festival in the USA. An elderly man came up to me afterwards, saying that he hated everything about Islam and all things Muslim. That was his opening line. But then he started crying and said that after hearing me speak and sing his hate was gone. It made me realise that people do not necessarily want to hate but they need an alternative. It is easier to hate than to love.”

Muslims from the west don’t have their own, western Islam

“Our Islam is imported from where we came from, for example a Turkish, Egyptian or Pakistani Islam. But having your own new-home culture and identity is extremely important. For the last 13 years, MPV has been developing our American Islam, an Islam that is egalitarian, inclusive, that endorses LGBTQ+ individuals, freedom of expression, freedom of conscience and the right to belief or not. All these values come intrinsically from Islam but also from the western society and democracy.”

Encounter a lot of resistance

“We used to encounter a lot of resistance for what we stood for. But the statistics of the last 10 years show that in the US the majority of Muslims have become progressive. That is remarkable. This is not visible enough because the media always interviews the women in hijab and the conservative men with beards as representative of a Muslim, perpetuating the image and definition of what a Muslim is and is not. To the conservative Muslim, I’m not a real Muslim. And the media follow their definition.”

No tolerance for intolerance

“I’m intolerant of intolerance, that’s when I go into the offensive. That’s where I draw the line. From all corners of the world, I have been attacked on social media. For years I kept quiet. As an advocate I didn’t want to argue back because I thought the truth would eventually come out, but I noticed that the lies become the truth. Recently however, as a response, I’ve put out strong statements on Twitter and Facebook because I refuse to let anyone mischaracterise or kill the body of work that we’ve done.”

“We have an exit strategy. Our mission is to put ourselves out of work and the mission will be accomplished once our values are absorbed, implemented and lived by within the Muslim communities in America. I think that at the end of the day, the key point is that people don’t want to be oppressed. We are the light at the end of the dark tunnel.”