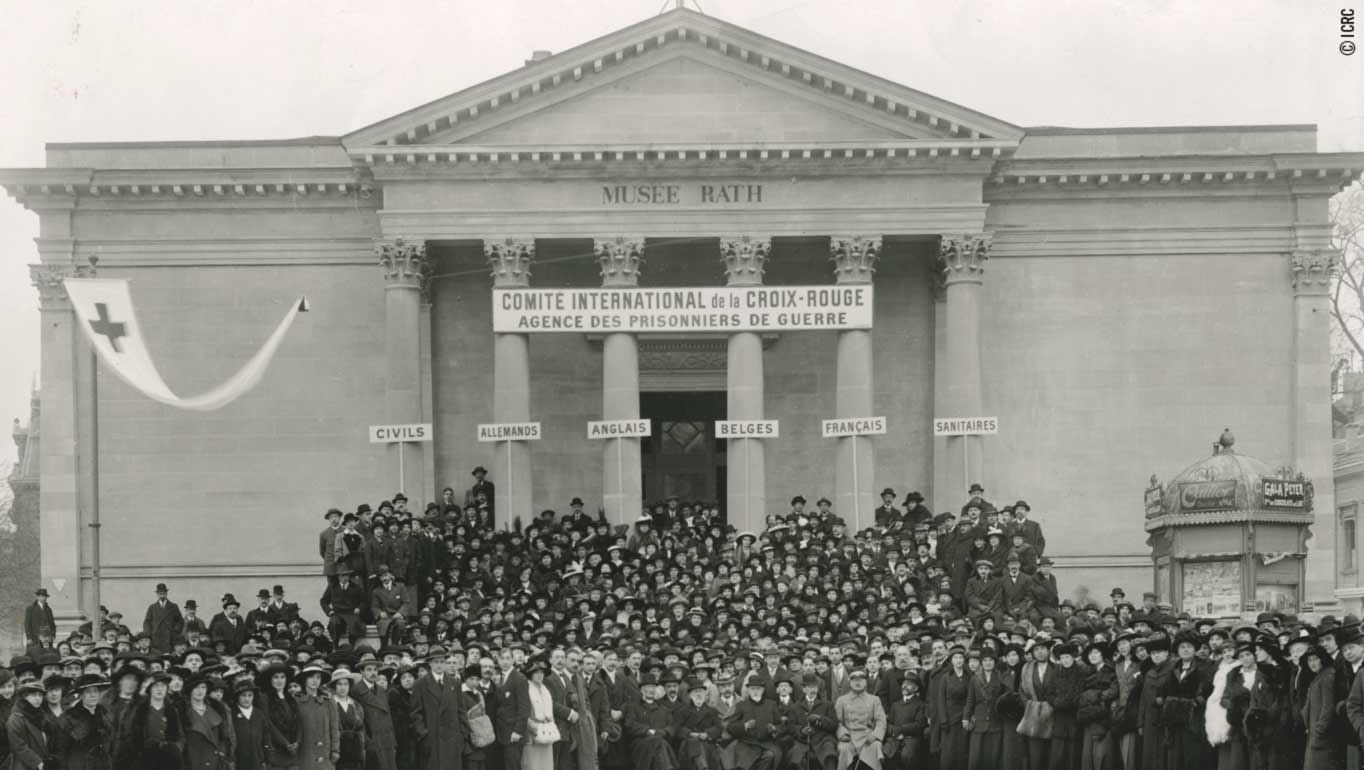 Right in the centre of Geneva, at the Place de Neuve and in the Parc des Bastions, you will find four monuments that reveal the birth and incredible expansion of humanitarian action and law.

Our journey starts at the Place de Neuve, in front of a bust of Dunant sculpted by Luc Jaggi and inaugurated in 1980. It all began in 1862 with the promotion of an idea. Three years earlier, a young citizen of Geneva, Henry Dunant, was travelling in northern Italy on business when he came upon the aftermath of a bloody battle. In nearby Solferino, 40,000 men had been left dead or to their fate due to the lack of medical care. On his return to Geneva, he wrote a book entitled “A Memory of Solferino,” calling for improved care for wounded soldiers in wartime.

Dunant and a handful of other Geneva citizens convened an international conference in October 1863 where the first national relief committees were created. This private initiative was quickly followed by a diplomatic conference in August 1864, at which 12 states signed a treaty guaranteeing protection and impartial aid to wounded soldiers on the battlefield. This is how, in less than two years, the Red Cross was founded and international humanitarian law (IHL) was born.

Each year, Dunant’s birthday on the 8 May marks the World Red Cross and Red Crescent Day.

Walk towards the Musée Rath, and let’s temporarily fast forward to a crucial milestone in the Red Cross story: the First World War (1914–1918).

In 1914, the International Committee of the Red Cross (ICRC) established the International Prisoners-of-War Agency. It was in the Musée Rath, the first art museum opened to the Swiss public in 1826, that 3,000 volunteers worked tirelessly until the Agency closed in 1923.

Its accomplishments were tremendous considering the logistical and technical challenges it faced: seven million index cards keeping track of prisoners registered by detaining authorities and those being searched for by their families, 20 million messages exchanged and two million individual parcels distributed. The majority of the volunteers were women, and some would later embark on a career with the ICRC.

The ICRC also innovated with visits to prisoners of war and with interventions over the use of weapons that caused extreme suffering, such as mustard gas. The restrictions on warfare stipulated in the Geneva Convention of 1864 would subsequently be expanded, and then revised, to become the Geneva Conventions of 12 August 1949, adopted today by 196 states. Complemented 30 years later by the Additional Protocols of 1977, these international treaties contain the most important rules limiting the barbarity of war.

Amongst the other citizens of Geneva who took part in this humanitarian adventure, the most well-known is General Guillaume Henri Dufour. Since 1884, he has been represented here on his horse in the center of Place de Neuve.

General Dufour was highly respected not only for his military career but also as an engineer and topographer. He became a national hero after leading the federal army of 100,000 men and ending the civil war that took place in 1847 when the Catholic cantons attempted to form a separate alliance known as the ‘Sonderbund.’ He was admired beyond Swiss borders for his consideration of human lives, having instructed his troops to respect wounded and captured enemy soldiers, and to spare and look after children, women and old people.

Four times appointed commander-in-chief of the Swiss Federal Army, Dufour also co-founded the Federal Military Academy in Thun (canton of Bern). Among the officers trained there was Louis-Napoleon Bonaparte, future Napoleon III of France (1852–1871). This privileged relationship was significant for the Red Cross story.

As you enter the Parc des Bastions, walk down the central path until you reach the bust of Gustave Moynier on your left. This sculpture by Otto Bindschedler was inaugurated in 1989. Born in Geneva in 1826, just two years before Dunant, Moynier studied in Paris where he acquired a strong interest in law. Upon returning to Geneva, he realized that his calling was not the practice of law and instead became involved in philanthropic organizations, notably addressing local social issues.

Upon reading “A Memory of Solferino,” he was immediately convinced of Dunant’s proposals to ensure aid for wounded soldiers on all sides of the battlefield. Moynier was an efficient organizer with a keen legal mind and is credited with having given a sustainable form to Dunant’s ideas, and with pioneering international humanitarian law.