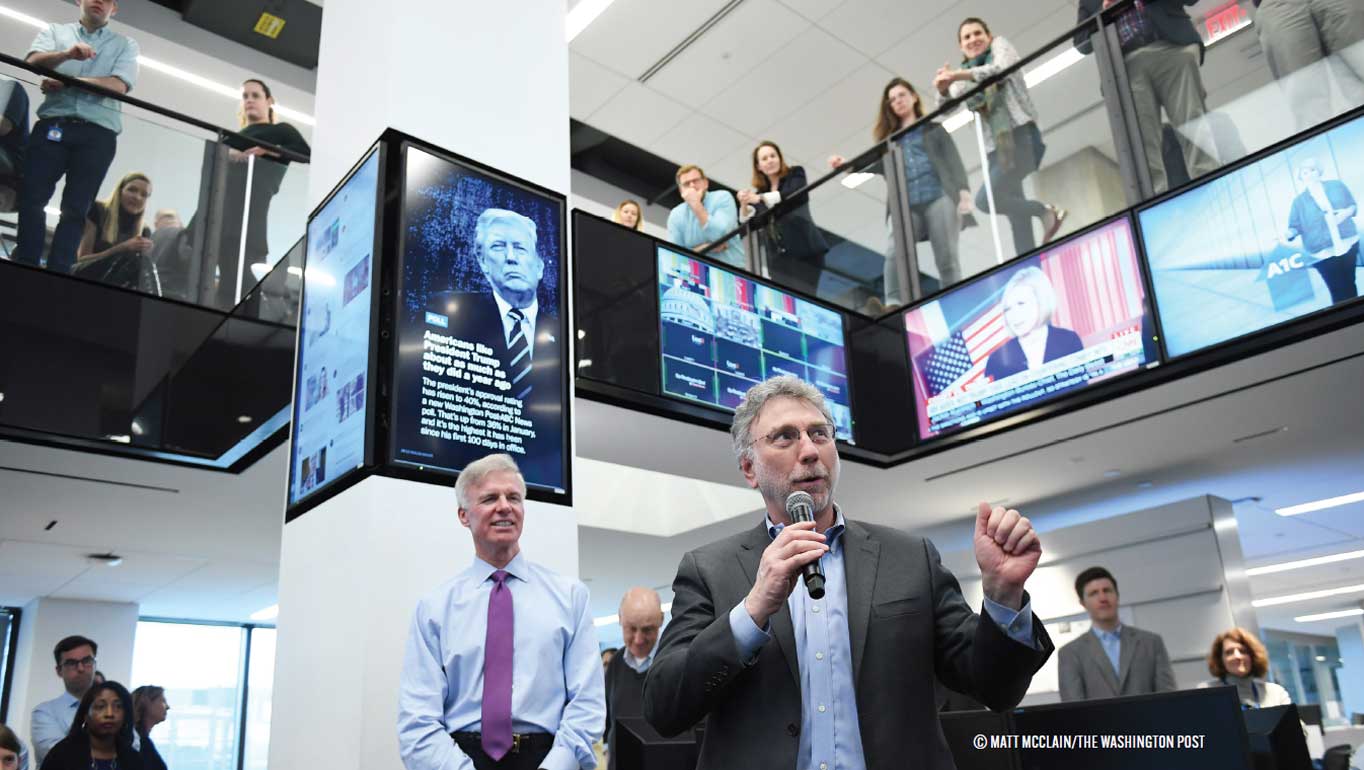 How I ran The Washington Post during a turbulent decade
Recently-retired Editor-in-Chief, Martin Baron, on dealing with social media, outside pressure and fake news
By Julián Ginzo*
1 May 2021

One of the principles of the International Press Freedom Day is based on the independence of the media. A media company would have internal conflicts if a journalist wants to publish a report that goes against one of its main advertisers. What is your view on this?

I have worked in the media for 45 years. Fortunately, I have worked for media companies where advertisers have absolutely no influence over the journalism. Never once has anything I have done been influenced by an advertiser, and I am not aware of any colleague of mine who has been influenced by an advertiser either. The media companies I worked for understood well that their success depends ultimately on their credibility, and their credibility depends on their integrity, and their integrity arises from their independence.

Social media has turned the microphone on for thousands of journalists who were switched off in their small media in their villages, amplifying their voices but also breaking down geographic frontiers. Did social media come to satisfy a pre-existing need for communication in journalism?

Social media has given a very big platform to journalists. Due to retweets, a posting on social media can reach hundreds of thousands of people in an instant. That potentially facilitates the rapid spread of misinformation and disinformation. True professionals in the field of journalism, therefore, bear a substantial burden in their social media activity— to ensure that they are accurate, fair, honorable and meet all our customary institutional standards.

The volume of fake news that has circulated around the world in recent years has made readers distrustful of most of the information they receive. Does this level of doubt in the reader build or destroy the role of journalism?

This is one of the greatest challenges we face. It is not just a challenge for journalism, by the way. It is a challenge for society, particularly democratic societies. In order to have a functioning democracy, we must operate from a common set of facts. We can, and should, disagree about policies. But we need a shared set of facts as the baseline for those debates. If there is no shared set of facts, then people only believe what’s good for their political tribe, or become cynical and believe that people lie without stop for selfish reasons, or become nihilistic and believe that no one can really know what is true or false and reject the idea that it is worth the trouble to find out.

How did you manage to establish – or adapt – the editorial line of The Washington Post during an election period that has been (and still is) so divisive in American society?

The first principle of The Washington Post is “tell the truth as nearly as the truth may be ascertained.” That means that getting at the truth is a process. It is hard. But it also means that we believe there is such a thing as truth. There are facts. They’re not just a matter of opinion or who holds power or who controls the largest megaphone. So, that’s our compass: Let’s do the work necessary to gather the facts. Let’s put them in context to get at the truth. And then let’s tell people what we learned.

Do you find that the digital media achieve the same level of reflection in the reader as the print media?

I do not think it is important whether you read in a print publication or on a digital device. What matters is what you read and how you read. It’s possible to do deep reading on both types of media, and it’s possible to get good or bad information on both. Of course, there’s a lot more bad information in the digital universe, there’s easier access to it, and it can be spread faster and farther.

You have five minutes left to live, what news would you like to announce to the world?

“I have five minutes left to live.”