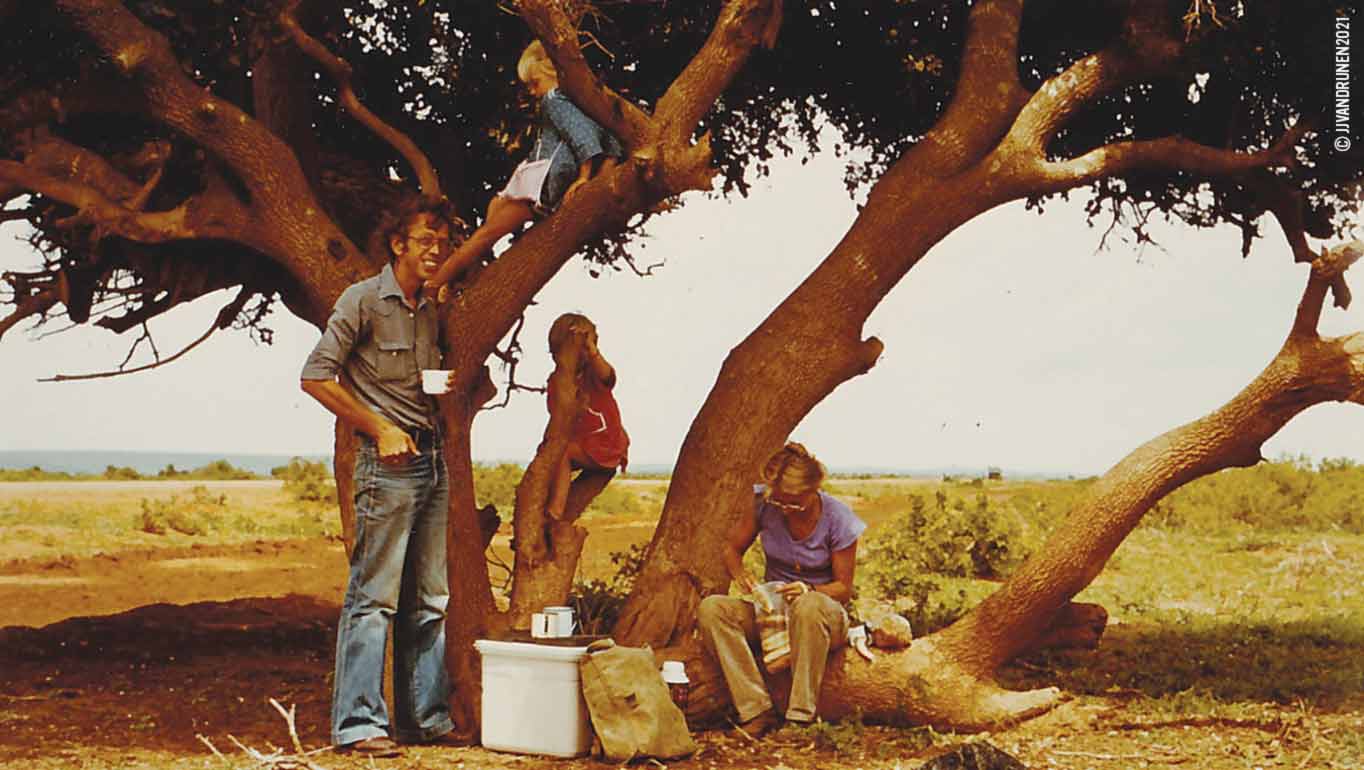 How easy is it to be declared persona non grata?
Expelled by the nomads. Souvenirs from Somalia
By Jiddo van Drunen*
2 Mar 2022

Only animals were not expelled from Paradise

My first UN job was as a Junior Professional Officer with UNDP in Lesotho (1976-78). The Assistant Representative was telling me stories about his previous post in Somalia, how he was expelled for spying because he had been seen fishing off the coast near a sensitive area. One of the previous Resident Representatives had suffered the same fate a couple of years earlier. At the time I just listened with interest, but couldn’t guess that at my first post with UNHCR a couple of years later it would happen to me, too.

These expulsions must be set in the political context of the late seventies and early eighties. In the late seventies a civil war, the Ogaden war, raged in the Eastern part of Ethiopia. In this conflict, Oromos and ethnic Somalis battled for independence from Ethiopia. The Russians supplied arms to both parties until they decided to change tack and only support the central government.

This decision put a quick end to the war, but in its wake a flow of refugees fled into Somalia. Somalia, at the time, made no secret of their claim of “irridentism.” A five-spiked star on their flag depicted the five territories in Ethiopia that should be the spikes of their star. According to government figures, some 700,000 refugees arrived and were settled in 35 camps all along the border. UNHCR intervened thriftily to help them. Starting out with only two international staff, the Representative and myself, newly recruited in UNHCR, we did what we could. However, this crisis, so dramatic and all-absorbing to us, coincided with the much bigger crisis in Southeast Asia, politically more sensitive and attracting far more donors.

Meanwhile, the Russians, who used to have a big presence in Somalia, left. The Americans took the vacant seats, but the legacy of the Russian secret service mentality lingered on. UN staff in Mogadishu were followed at night, our offices surveyed closely. The Somali intelligence department sneaked into the UNHCR office and stole refugee files. They singled out the few Amhara refugees, because for the Somali government they personified the Ethiopian enemy. The Amharas could not be protected in Somalia, so UNHCR tried to get them out of the country for resettlement and scholarships abroad. Therefore, the UNHCR was accused of giving the Amharas preferential treatment over the mass of ethnic Somali Ethiopian refugees, which, in a way, was true.

Letters are among the most significant memorials a person can have

In mid-1980 a government letter arrived in the office requesting me to leave the country, without giving specific reasons or a timeline. I was declared persona non grata. My boss went to see the Vice-President of Somalia and managed to have the persona non grata (PNG) order withdrawn. I could stay as long as UNHCR considered necessary. Two months later, a much stronger letter arrived repeating that I should leave ASAP. This letter accused me of selling medicines destined for the refugees, and of organising orgies in our garden! Again, our Representative, a new one, went to see the government, this time the President,

Syad Barre, himself. One more time, the letter was declared null and void. These letters pointed to disaccords within the government. Part of the government supported UNHCR, another part accused us of all sorts of things.

But all in all this had become practically, diplomatically, and psychologically untenable. For my family it led to a growing, unexplainable isolation. Tired of the ping-pong game, UNHCR considered it was time for me to leave, not without asking the Representative to investigate the accusations against me. My departure was scheduled for November, and a few frightening developments occurred before we left. ‘Friends’ of the French and US embassies suddenly didn’t know me anymore, even those we had been quite close to. Their relationship with the government on which their careers depended, mattered most.

Also, one evening the secret service came to our house and wanted to take me to their HQ for questioning. Luckily, a true friend from an NGO happened to stop by and talked them out of taking me with them to their office while my wife slipped inside to stay with the children.

On the day of our departure, already sitting in the airplane, my name was broadcast on the intercom. Was I to leave the plane and let my family go? It turned out that the same friend had come to say goodbye, had not been allowed to come on board, and had given a hastily written note to the pilot. Once in the air I happened to look in my UN laissez-passer and found that a big stamp had been put in it, declaring me persona non grata in Somalia. My laissez-passer was later sent back to Mogadishu, where the Representative had the stamp cancelled. A couple of months later – then assigned to Headquarters – I was asked to go on mission to Somalia. A visa request was duly submitted, and – no surprise – rejected. After me, at least two other officers have been declared PNG for similar fake reasons. The splits in the government ultimately led to the civil war which later erupted and has since sadly never ended.