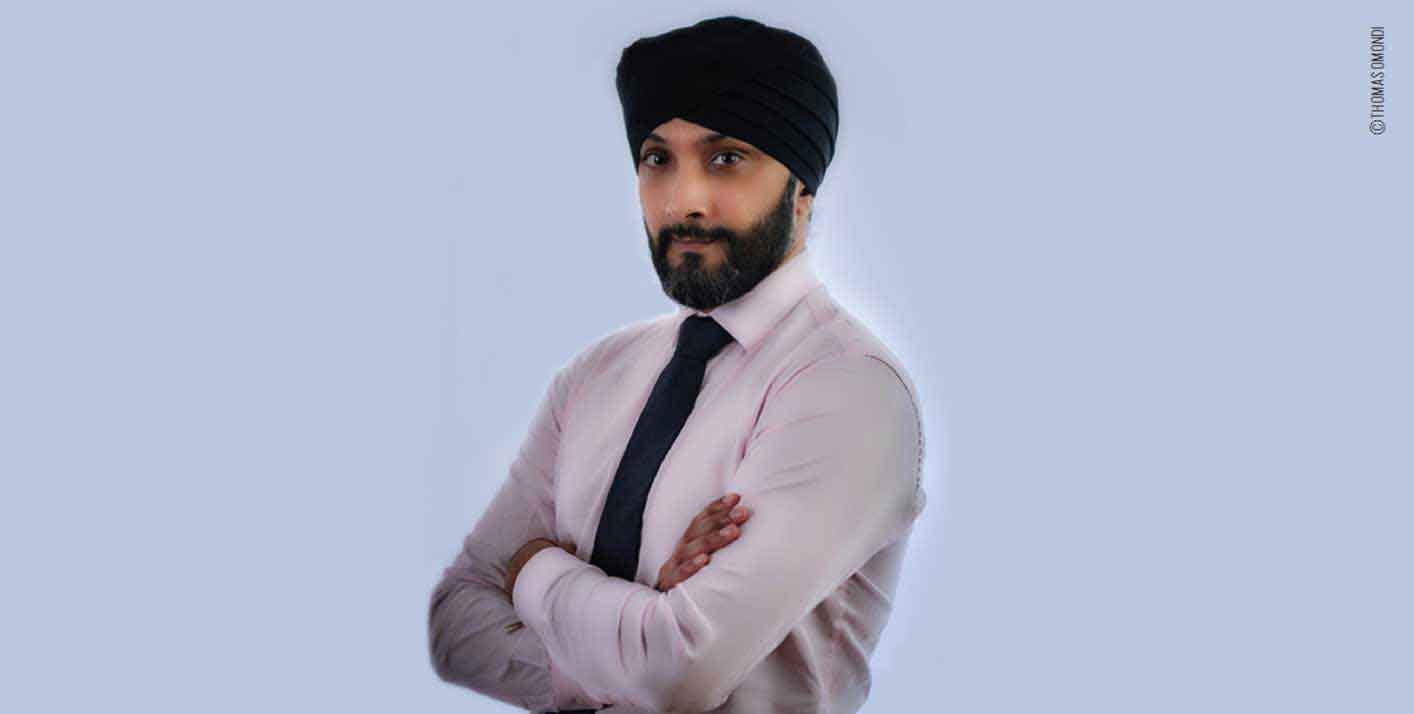 Being authentic, sharing freely who you are, whom you love and who you can be at work can be extremely challenging for colleagues who are LGBTIQ+. Fear of rejection, isolation, harassment, discrimination, the list goes on.

Gurchaten (Nanoo), who started his UN career with the International Labour Organization (ILO) in 2006 as an intern, recalls the struggle with sharing his identity. Gurchaten identifies himself as queer and uses he/him/his and they/them/this as pronouns. He was told that coming out and claiming he is queer may jeopardize his chances of getting a contract. Feeling isolated and misunderstood, Gurchaten had internalized homophobia and indulged in performative masculinity to fit in – priding himself when he would pass off as a straight man.

The struggle from within

Normalizing one’s internalized homophobia can have severe impacts on relationships. What makes things complex is that, culturally, the concept of masculinity is celebrated in Punjabi-Sikh men and any aberration to that is stigmatized and considered outside the norm. Even the idea of seeking help is a no-no. However, the turning point in Gurchaten’s life came when he got professional counselling and could unlearn hate and homophobia and seek change. He mustered up the courage to finally see a psychologist.

Things began to be clear from then onwards

Coming out in in a large organization such as the UN is not easy. Is it safe to come out? How do we express our multilayered identities when culturally we prescribe to hetronormative narratives? We must talk about “coming in or letting in.” By letting in, we are inviting a person into our space and sharing our sexual orientation, gender identity, and/or sex characteristic. In this way, it is not about seeking validation or approval, it is about acceptance.

16 years later Gurchaten is now the President of UN-GLOBE and has been recognised as an
Outstanding LGBT Role Model for three consecutive years. For Gurchaten leading UN-GLOBE has been a cathartic experience. He not only learnt more about LGBTIQ+ rights but he has also shaped his own unique journey.

It was in 1997 that UN-GLOBE came about. This was in response to the need for better information and knowledge exchange about issues within the UN on LGBTIQ+ people. Their goal is simple – championing inclusion, equity and non-discrimination of LGBTIQ+ people. UN-GLOBE is at the forefront, advocating for inclusive and equitable employment
conditions; diverse, safe and enabling working environments and cultures. “Nothing about us, without us” is their credo.

UN-GLOBE’s efforts have not just changed policies, but has brought about a culture change. UN-GLOBE works to dispel such prejudices. Like any other organization, the UN too has its challenges. UN-GLOBE’s work is to create an accepting and safe environment. But, there is still a long way to go. UN-GLOBE engages with senior management, international and national staff the directors and the clerical and service staff. It works with personnel on all levels. This is a winning strategy to make the UN truly a more empathetic, diverse and dynamic multilateral institution.

* Christopher Mason is a Member of the Editorial Board of UN Today.
Read more articles about INSIDE VIEW