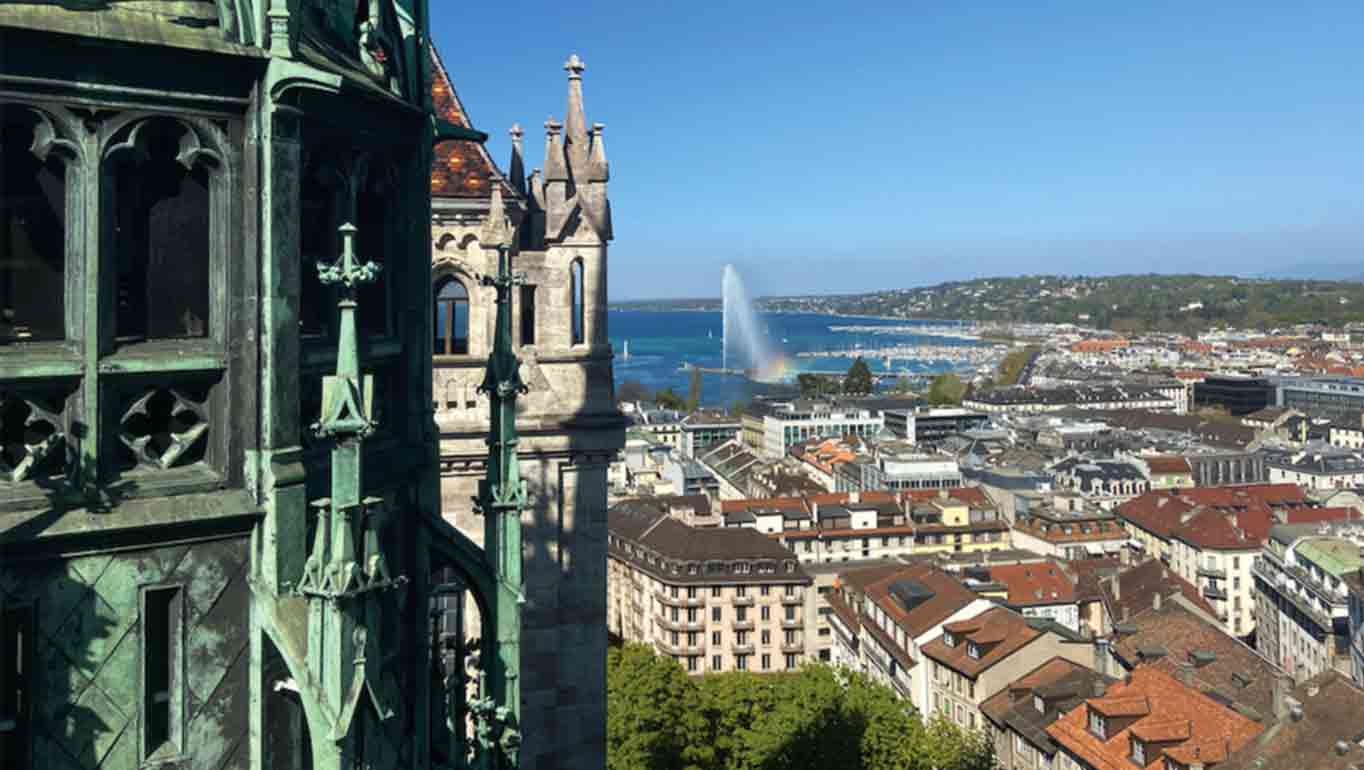 Discover your home city
Have you just arrived in Geneva or been living here for a while but never had time to discover the city? Then head downtown and explore!
By Catherine Hubert Girod*
1 Jul 2021

Enjoy a leisurely stroll tracing landmarks that reveal 2000 years of history. Along the way you can enrich your experience by visiting proposed sites and museums.

Let’s start at the beginning of the Geneva story in front of the Jet d’Eau in the Jardin Anglais. Over 20,000 years ago a glacier covered this region and as it progressively melted and withdrew, the Lac Léman was created with the Rhône river flowing through it and a small island still called l’Ile. At the intersection of land and water routes, the two bridges across the island represented the only crossing-point for miles around and, as a result, the growing city became a stop-over and transportation hub for travellers and goods. Under the Romans, this location was first mentioned in the writings of Julius Caesar as “Genua” meaning the “mouth of the River”.

The Jet d’Eau was not part of the scenery yet – you have to wait for the 19th century when the hydraulic power plant was built at the site of the Bâtiment des Forces Motrices. In order to reduce excess-pressure, a security valve was installed releasing what was then a jet d’eau of 30 metres. Having become an attraction for residents and tourists alike, a 90 meter version was created at its present location in celebration of the 600th anniversary of the Swiss Confederation. Since 1951, the current jet d’eau of 140 meters has become the most famous landmark in the city and the symbol of Geneva.

Walk towards the medieval chapter of the Geneva story at the Place du Molard. Between the 13th and 15th centuries, the city of Geneva became an important commercial and financial centre hosting four annual trade fairs. These events saw the arrival of European merchants and bankers, as well as artists and princes. At that time, the square was closed off by a building above an open archway allowing water to flow underneath to the centre of the square, where boats could arrive to unload their merchandise at the customs port. In the 17th century, the square was transformed into a busy public space and forum.

Leaving the lower part of the city, a stroll up the hill leads to the heart of the Old Town – the Place du Bourg-de-Four. When the water level of the lake rose, the early settlers on the water-front moved up here and created a market place that expanded as the city prospered. It is still a lively and sunny square where residents and visitors enjoy a coffee or an apéritif on one of the numerous terraces.

From the place, head towards Saint Peter’s Cathedral, la Cathédrale Saint-Pierre, a symbol of the influential religious chapters of the Geneva story. Christianity arrived here under the Romans and since the central Middle-Ages, Geneva was ruled by a prince-bishop. This cathedral was built during the 12th and 13th centuries with an interior full of paintings and sculptures in red, blue and gold colours. But you will no longer be greeted by this rich decor. After Geneva adopted the Reformation in May 1536, all traces of catholicism and potential distractions during the religious service were erased from the walls of the church.

Climb up the 157 steps to the top of the towers to sense the grandeur of the cathedral overlapping the Romanesque and Gothic styles of architecture, in addition to the most striking view of the city. Or go under the foundations to discover the successive layers of Christian history at the archeological site, located on your left as you exit.

Three months after the adoption of the Reformation, a promising young lawyer and reformer who was travelling through Geneva was persuaded to stay to help structure the church of the new protestant republic. His name was Jean Clavin and he would transform the city into what was known as the “Protestant Rome”. Geneva became a religious and cultural centre with the translation and printing of the bible, teaching its citizens to read and training pastors from different countries. Over the next two centuries, the arrival of many protestant refugees would put a strain on the small fortified city-state. However, at the same time, the refugees brought prosperous new economic sectors to the city such as watchmaking, trade and finance. A visit to the International Museum of the Reformation next the Cathedral will retrace the history and impact of this religious movement in Geneva and beyond.

If you have visitors and want a quick reminder of the above episodes of the Geneva story, go to the Old Arsenal and look at the three mosaics behind the cannons showing Julius Caesar, the trade fairs of the Middle Ages and the arrival of protestant refugees.

To conclude your historical walk, pop into the Maison Tavel across the street, the oldest private house bearing the name of the merchant family who owned it from the late 13th to early 16th centuries. Today, it is a public museum displaying objects that evoke life in Geneva from the Middle Ages through the 19th century. Don’t miss the giant model of the city prior to the demolition of its fortifications after 1850. Want more? Follow a captivating guided tour to further explore the Geneva story or discover it from different thematic angles: visitergeneve.com

* Catherine Hubert Girod, is an independen tour guide in Geneva, has previously worked for various international organizations and NGOs.
Read more articles about FOCUS ON 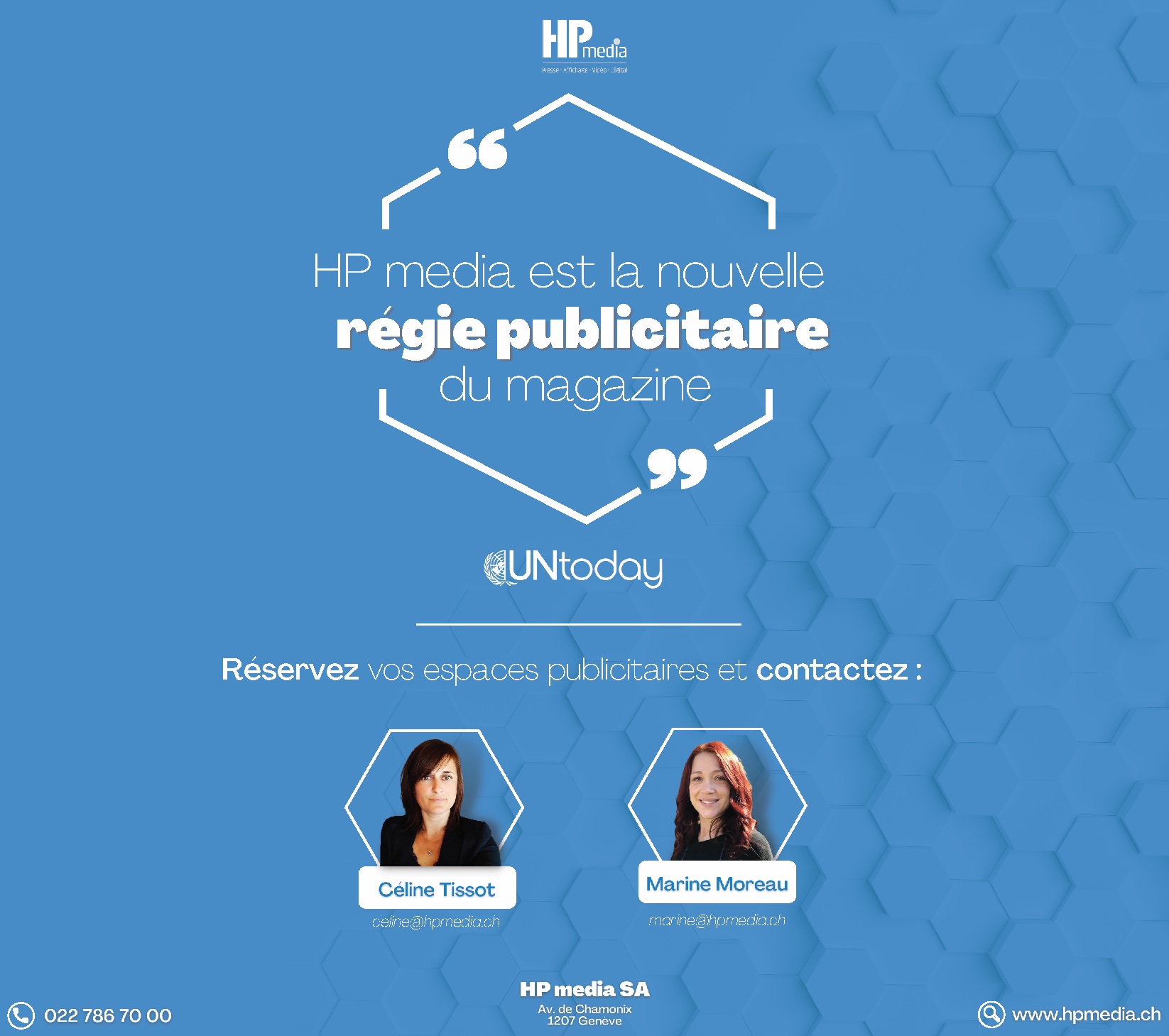