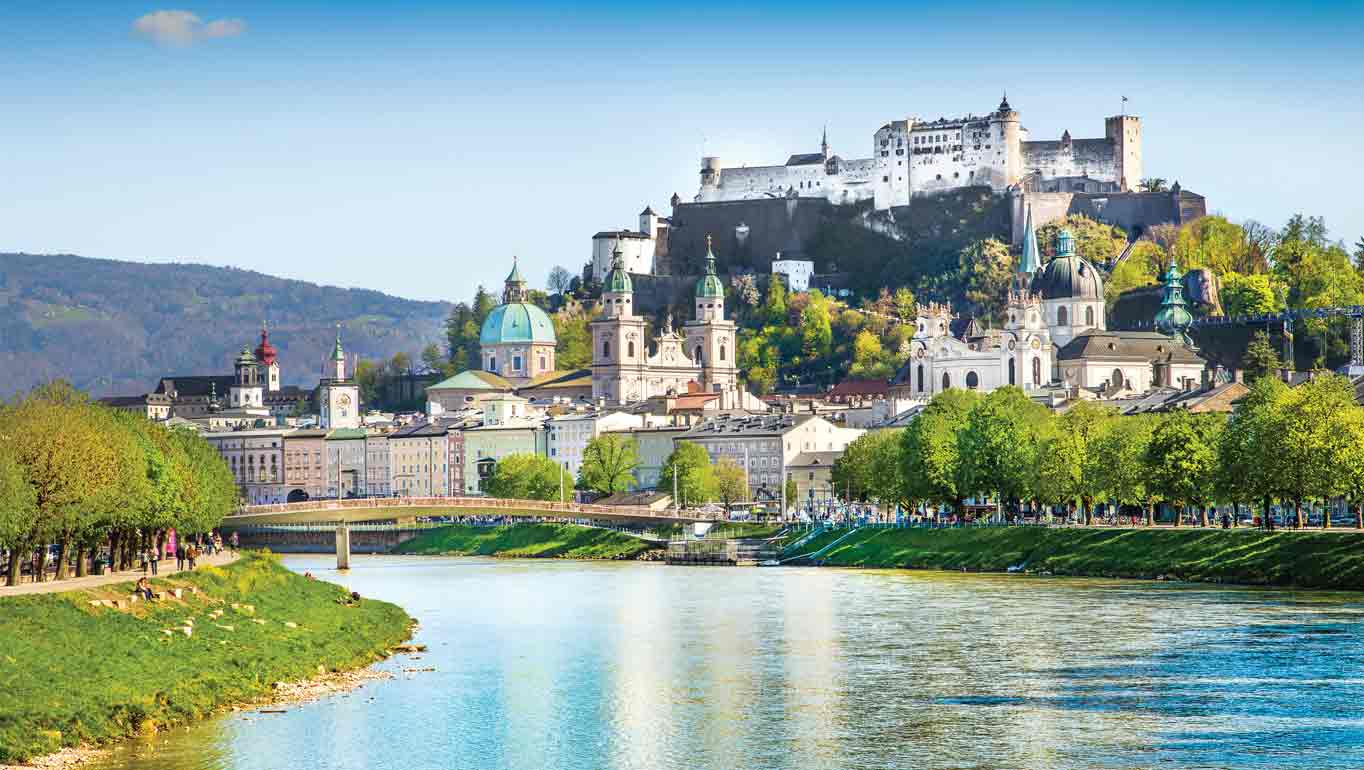 Discover Austria: where history meets culture
As travel starts up again, look no further than Austria for a relaxing trip through an impressive array of natural and cultural attractions
By Raphael Draschtak*
1 Jul 2022

Want a change of scenery but don’t want to squeeze on a plane yet? Some new cultural and scenic impressions? Great accommodation and food, hosted by easy and friendly people? The birth city of Mozart?

Hop in your car for just a few hours or take a comfortable Swiss or Austrian train and you can take it all in at once. From Salzburg to Innsbruck, here are some beautiful experiences you won’t want to miss…

THE CULTURAL HEART: CITY OF SALZBURG

High above the Baroque towers of the city, Fortress Hohensalzburg is a true eye-catcher. Dating back to the 11th century and unconquered by an outside force, it remains to this day the unmistakable centerpiece of the Salzburg skyline. Take the “Festungsbahn” (rack railway) or make your way up on your own to be rewarded by views from atop. While there, make not to miss the small but excellent museum that gives you a real flavor of the Middle Ages. Then, take in the city view, noting the Salzach River as it slowly makes its way south through the beautiful Tennen and Pongau regions.

My tip: Walk the city! At 160.000 inhabitants, Salzburg is a little smaller than Geneva, but traffic can be just as bad. Most major sites, such as the Dome (worth a visit, especially when the organ is playing!), Festspielhaus, Mozart’s birthplace, and Mirabell Gardens are all within short walking distance from the fortress. Then, take a leisurely stroll down the Salzach River and stop in at one of the many cafes and beer gardens (Sternbräu is my favorite) along the way to take in the easy vibe.

Leaving the city, head down either by train towards Zell/See or by car via “Tauern” Highway/A10. Only 20 minutes south from Salzburg, you’ll arrive at the 900-year old Fortress Hohenwerfen, one of the most beautiful in Austria. Marvel at the Salzach Valley views from the battlements while further immersing yourself in medieval life.

MOVING ON, AND UP THE MIGHTY GROSSGLOCKNER

Around Bischofshofen leave the A10 and head towards the highest of all Austrian peaks, the Großglockner. Make sure to stop at the beautiful and unexpected “Pongau Dome” in St. Johann/Pongau (so many “St. Johanns” in Austria!) and then wind your way up from Bruck. Enjoy great glacier views at Franz-Josefs-Höhe and then drive down the southern slope to beautiful Heiligenblut in Carinthia. This is Austria at its most scenic…

My tip: Want the best of both worlds? Get up to the Kitzsteinhorn for year-round snow joy at the glacier, then down for an afternoon dip in Lake Zeller!

Take in the breathtaking Alpine views from the mighty Kaprun Reservoir, then from there it’s not far to the amazing Krimmler Waterfalls. And, if you are ambitious enough, hike or cycle 14 km from the falls up the valley to the beautiful traditional Krimmler Tauernhaus (check availability beforehand) — it’s worth the trip.

INNSBRUCK WHERE ROOFS ARE GOLDEN…

Down from the mountains it’s only 1.5 hours west to Innsbruck. On the way, at Kitzbühel, take a peek at the famous “Streif” downhill ski slope, Austria’s pride. Innsbruck, a little smaller than Salzburg, with majestic mountains all around, has lots to offer. Wander the Old Town and take in its stunning architecture: the “Goldenes Dachl” (Golden Roof), the famous “Schwarze Mander” (Black Men) at the gravesite of Emperor Maximilian I, and his former residence. Further out, to Bergisel Mountain, see both the impressive 1976 Winter Olympics ski jump site and the location of the Battle of Bergisel, where folk hero Andreas Hofer led the Tyrolean Rebellion.

Finally, make your way further west through charming Vorarlberg. There you can see traditional farmhouses, lots of typical Austrian “Scheckvieh” (cattle used for the classic “Wiener Schnitzel”), and many small and sleepy valleys on the way. Hard to believe but true, Vorarlberg is actually one of Austria’s industrial powerhouses!

My tip: If there is time, check out the quiet old town of Feldkirch and the county capital Bregenz, with the “Kunsthaus” (modern art museum) and the “Seebühne” (amazing open-air performances) directly on Lake Constance where Austria, Switzerland and Germany meet. Then, over the border, but surely back soon…there is plenty more to see and do!

* Raphael Draschtak is Attaché at the Permanent Mission of Austria to the WTO in Geneva.
Read more articles about FOCUS ON