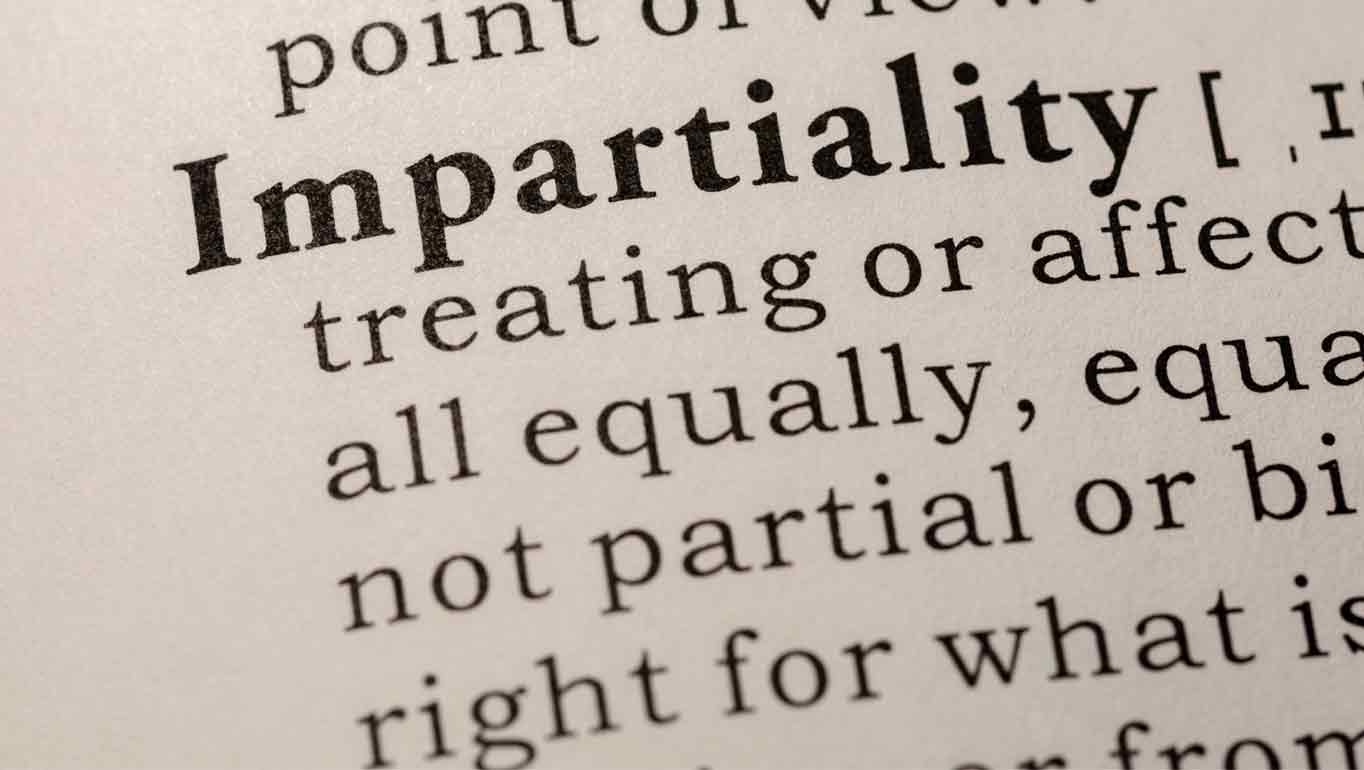 Defining the borderline of what is right for UN personnel
Helmut Buss, former Director of UNHCR’s Ethics Office, talks about how to put impartiality into practice
By Julián Ginzo*
1 Nov 2022

How do you define impartiality for international civil servants?

Impartiality is defined ‘in UN Staff Regulations and Rules and other guidance such as the Standards of Conduct for the International Civil Service’. If you want to explain this in a more layman way then I would say it is the need to remain objective, which means not to be influenced by others, by bias or prejudice, and it means equal treatment for everybody.

So, in a concrete situation, and by way of example, in the humanitarian world you base your action on the needs of a specific population and not discriminate on other criteria such as ethnic background or political considerations. The principle of impartiality is also reflected in the mandate of UN organizations such as UNHCR, requiring the organization to serve all refugees and people of concern, without discrimination, bias or prejudice.

Do you think that impartiality is always compatible with the exercise of duties assigned to international civil servants, regardless of their positions and the situations in which they are called to intervene?

There can be a lot of situations where it is challenging to translate the principle of impartiality into practice. In the case of distribution of humanitarian aid there can be situations where impartiality might be in question, for example, when there are insufficient funds to meet all the needs, where the security situation prevents access or where access is blocked for political reasons. Then the question arises, how do you address such a situation. What tools do you have available in such dilemmas to help you to make the right decision, or the best possible decision, and what questions do you need to ask yourself to get there. We are all human beings, and we all are subject to bias and to prejudice. In addition, there is often the speed of an emergency, stress or political constraints that add to the situation. So we need to stop, pause and reflect, and ask ourselves a series of questions such as ‘what are the facts’, ‘what do the rules say’;  ‘how does my decision reflect on UN values’, ‘ what are the consequences of my decision for the UN’s reputation or the trust of beneficiaries’, or ‘who do I best consult’. Such ethical decision-making tools help also when principles such as impartiality are at stake, in order to come to the right decision. The only thing I would add here is to also document the process to make it transparent.

Do you consider that participation of international civil servants in demonstrations contradicts the principle of impartiality?

The short answer is ‘no, and…’, meaning that of course you hold individual human rights, including the right to assemble peacefully, and as an international civil servant there are situations where your duties supersede your individual human right. For an international civil servant, the principle of impartiality implies tolerance and restraint, and while personal views remain inviolable, not being at liberty to always publicly express those convictions or taking sides publicly, especially on conflictual matters. As a result, international civil servants can participate in demonstrations if this does not compromise the proper discharge of their duties. I am a strong believer in supporting UN personnel in actively getting engaged in promoting and defending the UN’s values and mission. That should also include an invitation for UN personnel to participate in demonstrations, in particular those that promote global causes such as peace, gender equity or climate change. However, all of that should be based on a stop, pause, reflect process, including asking oneself a series of questions, prior to getting engaged, to come up with the right decision.

There are several examples where the UN has given advice related to participation in specific demonstrations. Such guidance is in general based on advice from the Ethics Office, which also provides practical guidance on the topic on its respective websites or intranet sites. Go or No questions include: ‘is this demonstration for a cause that is in line with UN values?’, ‘Is the theme of the demonstration an overarching global issue?’, ‘Can my participation harm the reputation or neutrality of the organization in any way?’, ‘Is the event likely to be peaceful and respectful of the laws in my duty station?’, ‘Is the organizer of the event reputable, not directly affiliated with a political party, and without a history of violence?’, ‘How would I feel if a picture of me at the event would appear in social media?’, or ‘Is there any other information I should know before I decide to go or not?’. In any case, when you decide to participate, you should not identify yourself as UN employee and you should not speak on behalf of the organization.

The UN system organizations are in most cases, funded by member states. Do you see this as a threat to impartiality?

The UN is financed largely by its member states. They make both assessed and voluntary contributions. This in itself supports the functioning of the work of UN organizations and is not per se putting into question the impartiality of the UN. A problem can arise when member states start linking those contributions to specific conditions and requirements, that could put pressure on organizations to compromise their mandates and impartiality, including privileging certain groups of beneficiaries or geographic regions. Another example is the geographic distribution of UN personnel and member states that might connect financial contributions to an increase of the number of their nationals in the UN, or the filling of senior positions with their nationals. That being said, I have seen several situations where organizations did not succumb to such pressure by holding up the flag of impartiality and the importance of remaining true to the UN’s core principles and values.