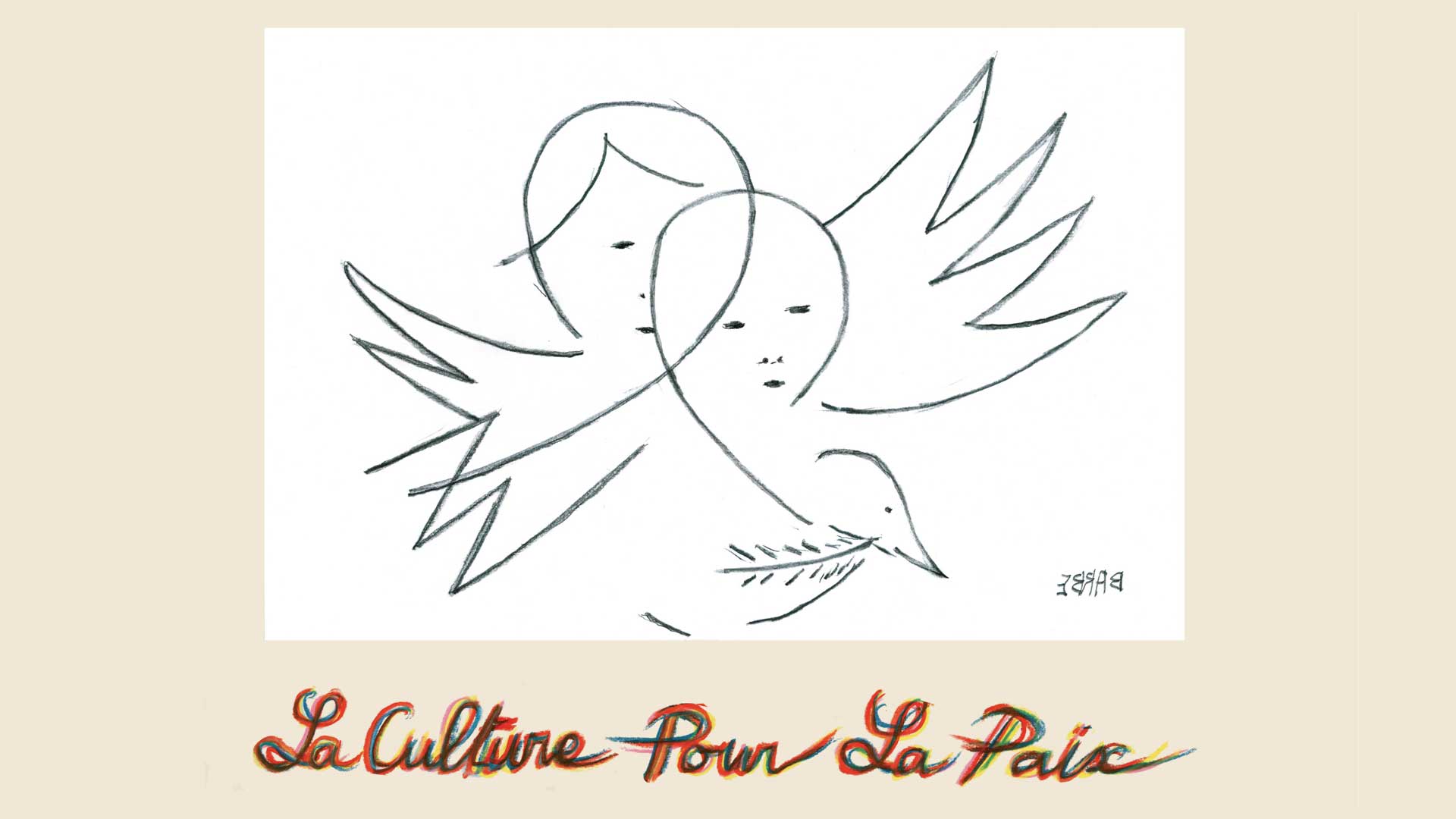 Culture as an instrument for peace
The Barbier-Mueller Museum organizes a charity event on 16 June to support UNHCR, the UN Refugee Agency
By Caroline van der Veen*
13 Jun 2022

For 45 years, the Barbier-Mueller Museum has promoted the arts and cultures of the world. It is the perfect illustration of what Geneva has become throughout the centuries: a bridge between cultures and peoples. In keeping with this spirit, the Museum has invited essayist Jacques Attali to exchange ideas with the public on Culture as an instrument for Peace during a special charity event on 16 June 2022 at 7PM at the St Pierre Cathedral in Geneva.

All proceeds will be donated to UNHCR, the UN Refugee Agency. Tickets can be bought online or at the Cathedral on the evening of the concert on 16 June. Doors open at 6.30PM.

“Homo sum; humani nihil a me alienum puto.” “I am human, and I think nothing human is alien to me.” These are the words of Terence, an African Roman playwright, from his play The Self-Tormentor, written in 163 BC. It was also the motto of Josef Mueller who became one of the greatest art collectors of all times. In 1977 his daughter Monique Mueller and son-in-law Jean Paul Barbier founded the Barbier-Mueller Museum in the heart of Geneva’s Old-town.

The aim of the Barbier-Mueller Museum is to preserve, study, publish and exhibit the collection begun by Josef Mueller in 1907. Now the largest private collection in the world, it numbers several thousand pieces from tribal and classical antiquity, as well as sculptures, fabrics and ornaments from various cultures of Africa, Oceania, Asia and the Americas. A number of these works are considered unique masterpieces with great historical value.

The Barbier-Mueller family is interested not only in the quality of the art it exhibits in its museum, but also in the people behind the art, in our common humanity. Accordingly, in 2010, the family founded the Barbier-Mueller Cultural Foundation which bears witness to the world’s forgotten peoples. The Foundation, with the support of F.P. Journe, conducts research on small communities whose culture is at risk of disappearing due to climate change, conflict or war. They promote awareness of the plight of these peoples through conferences and other events as well as publications, including children’s books.

Culture as an instrument for Peace

On 16 June, the Museum will be hosting French essayist Jacques Attali to exchange ideas with the public at a special charity event at the St Pierre Cathedral in Geneva. Attali will also be conducting the Geneva Chamber Orchestra and the St Pierre Cathedral Choir to perform Schubert’s Unfinished Symphony and Mozart’s Ave Verum Corpus.

The audience will be able to experience first-hand how art – in this case, music – has the power to unite people from all over the world, without distinction, in shared humanity. After the concert, Pascal Schouwey will be moderating a conversation between Jacques Attali and the audience on art and culture as instruments for Peace.

“There is so much conflict in the world today, so much suffering and pain, that we felt the urge to do something about it. To come together and unite. There are now more than 100 million displaced people worldwide: 100 million people whose lives have been torn apart. We want to help people who are forced to flee their homes, whether they are from Afghanistan, Ethiopia, Libya, Myanmar, Syria, Ukraine, or elsewhere” says Laurence Mattet, Director of the Barbier-Mueller Museum. The Museum has chosen UNHCR, the UN Refugee Agency, as its charity partner for the event on 16 June. Ms Mattet expressed full confidence in the Geneva-based UNHCR to make the best possible use of the funds that will be raised.