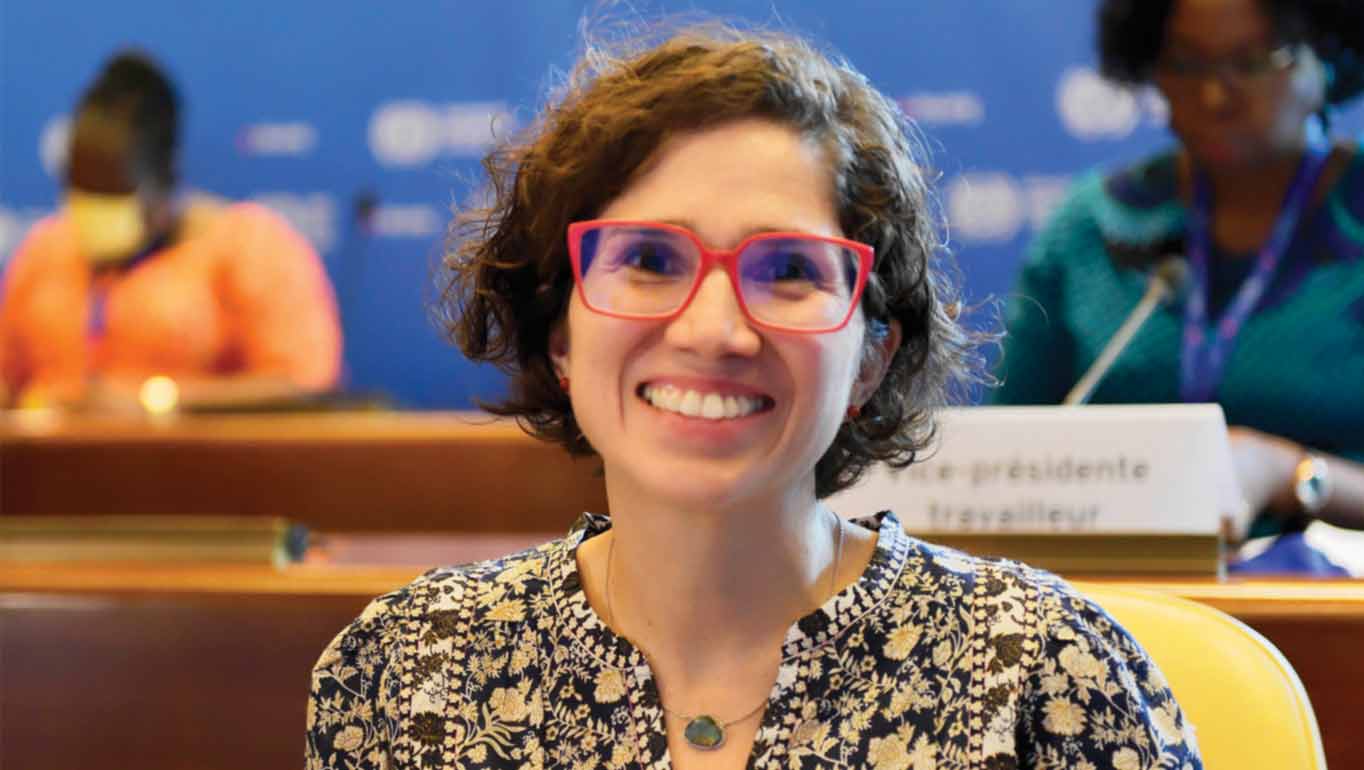 Costa Rica’s Ambassador is a life-long human rights activist
By being Permanent Representative at the UN, she’s encouraging people to reflect and change the way they think about disability
By Catherine Fiankan-Bokonga*
1 Dec 2021

Catalina Devandas Aguilar, a lawyer by training, was the first UN Special Rapporteur on the Rights of Persons with Disabilities in 2014. She was born in Costa Rica with spina bifida. She has worked for the Disability Rights Fund, the United Nations, the World Bank, and took part in the drafting of the UN Convention on the Rights of Persons with Disabilities. Since October 2020, she is the proud representative of her country, an environmental model that contains nearly 6% of the world’s biodiversity.

Your tireless commitment to advocate for the rights of persons with disabilities has been a key driver of disability rights being recognised internationally. One of your major achievements was the adoption of the Convention on the Rights of Persons with Disabilities. You were among the persons who actively participated in the drafting. Tell us more about it?

The Convention on the Rights of Persons with Disabilities was adopted on 13 December 2006 at the United Nations Headquarters in New York. It is the first comprehensive human rights treaty of the 21st century and is the first human rights convention to be open for signature by regional integration organisations. The Convention is intended as a human rights instrument with an explicit, social development dimension. It adopts a broad categorisation of persons with disabilities and reaffirms that all persons with all types of disabilities must enjoy all human rights and fundamental freedoms. It has at least two clear messages. The first one is that the problem is not us. It is social. It is about removing barriers. The second is reminding countries that they need to sit, talk, and listen to persons with disabilities. We know better what the problems are, and how to stop them. Nothing about us without us. That’s the motto of the disability community. That’s the key that is going to help us gain control over our lives.

Since then, what are the major changes?

A lot of things are happening. We’re seeing change all around: more accessibility, so it is easier for persons that use wheelchairs to move around. We also now see persons with disabilities participating in school and as co-workers more often. Before the Convention, there was no awareness of people with disabilities and we were only mentioned through the health programmes. This Convention is an international law. It creates obligations for states and changes national legislation, policies, and the discourse. Technology is supporting us to strive, to be truly successful in achieving the full participation of persons with disabilities. The Convention is now ratified by 183 Member States.

Moving away from a medical towards a social and human rights-based approach needs time and resources. So, where do we stand?

It is true that we need changes and resource mobilisation to address challenges. First, however, there is this mindset that we need to modify because even with lots of money we won’t achieve sustainable changes. Many still think that we cannot lead fulfilling lives, that we are a burden, that we cannot be independent and have a family. There is one quote that I like a lot: “When I arrived, the circle was small, and I couldn’t enter. What they did is to make the circle bigger so that everybody could be part of it.” It’s how do we make those circles bigger so that people with all kinds of disabilities, or of different ethnic and cultural origins, feel at ease?

What about the UN?

The UN has shown significant progress. There is a lot still to be done but, if I think about how the UN was decades ago, we do now have discussions that we couldn’t have dreamed of. For instance, General Services in Geneva discussed how to make UN documents “easy to read” for people with intellectual disabilities. The launch, in 2019, of the UN Disability Inclusion Strategy by the Secretary-General, António Guterres, is also a big step forward. It provides the foundation for sustainable and transformative progress on disability inclusion through all pillars of the work of the United Nations: peace and security, human rights, and development. I am very proud to have been partnering with the Secretary-General to achieve that.

What about Costa Rica?

Costa Rica’s environmental credentials are impressive: more than 98% of its energy is renewable. During the last session of the Human Rights Council, my country, among four others, introduced a historic resolution. For the first time it was recognised that having a clean, healthy, and sustainable environment is a human right. It sends a powerful message to communities around the world struggling with climate hardship that they are not alone. Climate Action is part of Costa Rica’s DNA and we are aiming for total decarbonisation by 2050. Recently, we were awarded the Earthshot Prize, created by Prince William, to champion innovations and solutions helping save the planet.