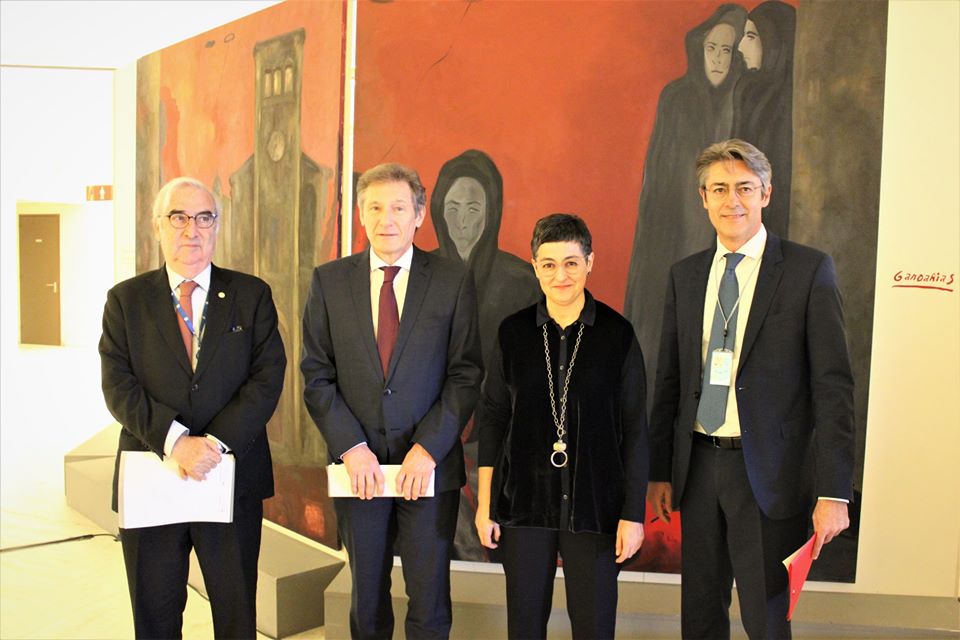 The University for Peace is celebrating its 40th Anniversary of promoting and working for conflict transformation and resolution, peaceful coexistence, tolerance and understanding among peoples and societies around the globe.

Commemorating 40 years of existence speaks of a great achievement

The mere fact of commemorating 40 years of its existence speaks of a great achievement. Close to 2,500 of our graduates are now working in more than 100 countries around the world and supporting the values and pillars of the United Nations, which are the values that gave birth to the University for Peace. These coincide and merge with the visions expressed by the Human Rights Council, with special emphases on education, the prevention of violence against women and intercultural dialogue. 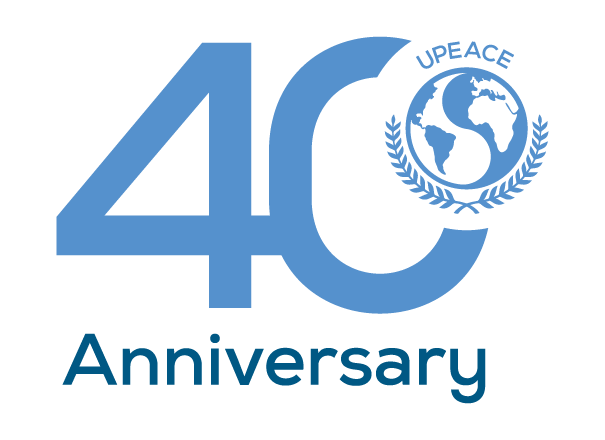 The University for Peace was created to contribute to the development of a Culture of Peace and Non-Violence and, within this framework, we are working on educating new leaders in the fields of environmental protection, international law, human rights and dispute resolution, as well as in key areas related to peace and conflict. In the latter case, our programmes on gender and peacebuilding, media and peace, peace education and new approaches to conflict resolution and peacebuilding are particularly relevant.

Culture and art at the service of peace

As part of its 40th Anniversary Commemorations, the University for Peace has promoted a perspective emanating from the arts and their contribution to raising awareness of global conflicts and promoting options for dialogue and cooperation. At the United Nations headquarters in Geneva, we held -on 24 February 2020 – an exhibition of Sofia Gandarias’ work on Gernika. It expresses the horror and pain of war. These paintings call on us to reaffirm the right to peace, the protection of human rights, conflict prevention, peace education and also to point out the serious environmental deterioration caused by war, the arms race and the overall lack of protection of the planet. Hence the importance of making progress on the 2030 Agenda for Sustainable Development.

During the inauguration of this exhibition, promoted by UPEACE as part of its Anniversary celebrations, Arancha Gonzalez Laya, Spain’s Minister of Foreign Affairs expressed, “It is a double pleasure for me to participate in this Inauguration. Firstly, because Gernika is a subject very close to my heart as a Basque and it tells the tragedy of the bombing of the town. Its message is that we have to continue fighting against hatred and living with our diversity. Secondly, because its author is a woman I admired a lot, Sofia Gandarias, an old and good friend of mine, as is her husband, Enrique Baron Crespo.

I pay tribute to her with my presence and these words: her message is not to forget the horrors of a war that was the rehearsal for the Second World War. I also wish to express my deep emotion at returning to Geneva for the first time since my appointment as Minister, and to reconnect with this world of the defence of multilateralism, the theme that brings us together today.”

This Commemoration of the 40th Anniversary of the University for Peace with the exhibition of Gernika, reaffirms that if you want peace, you must work for peace. 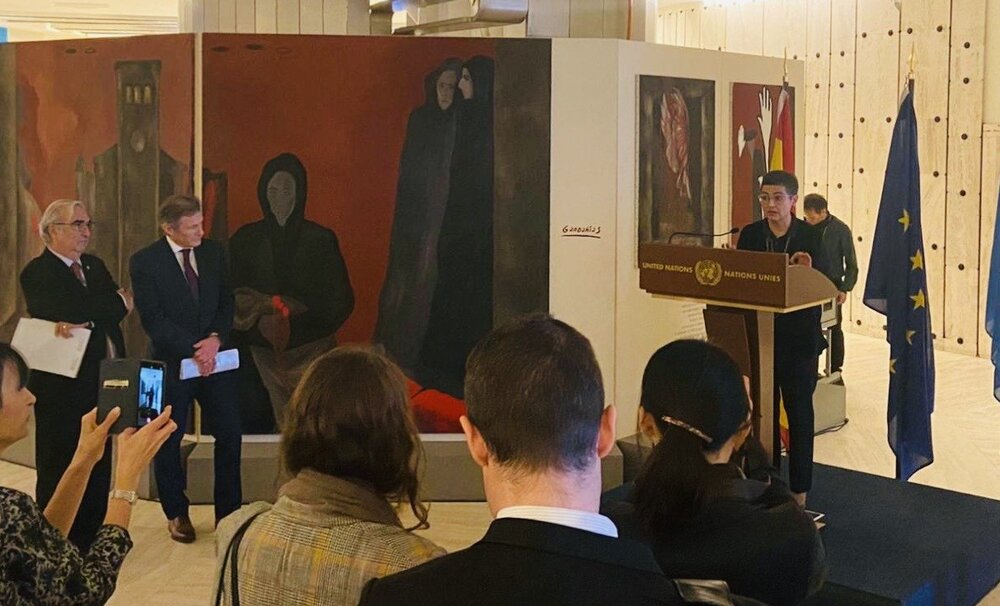 Walter Stevens, EU Ambassador to the United Nations in Geneva, said: “The European Union is fundamentally a peace project built on the ashes of the Second World War. Thanks to its success, we have benefited from what is probably the longest period of unprecedented peace and prosperity among the states that are now its members, to the point where war between us has become difficult to imagine.

However, this was not always the case. Europe has seen many wars and much suffering. It was the scene of the most violent confrontations during the two world wars. It was out of the deep despair and destruction caused by the Second World War that the project of European unity was born, transcending the deep divisions and animosities of previous centuries.

Culture and art play an important role in reminding us of our history and our mistakes, and of the lessons we have learned and need to remember. Of course, it is about avoiding the mistakes of the past, but it is also about remembering that conflict and division can be overcome and that a future together in peace and progress is possible if there is the will to do so. This is our lesson, and I think it is also the key message of this exhibition.” 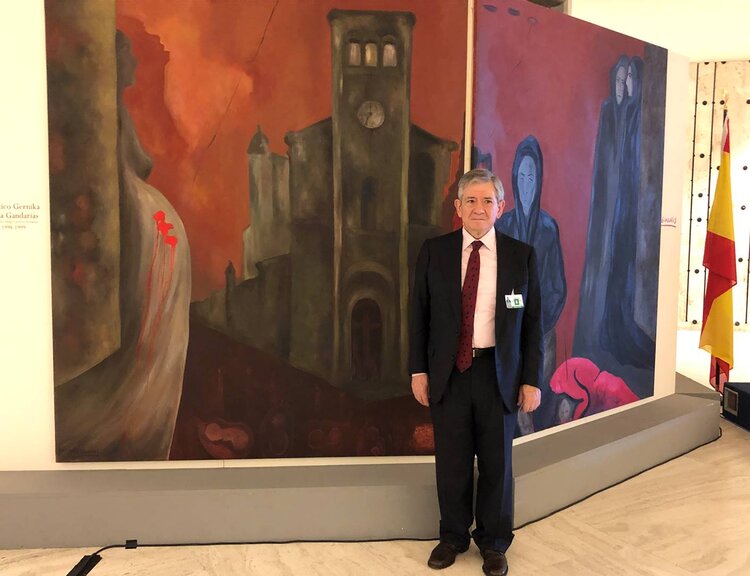 Enrique Baron Crespo at the inauguration of the exhibition of his late wife Sofia Gandarias’ work on Gernika “Gernika : Culture and art at the service of peace”. © UPEACE. 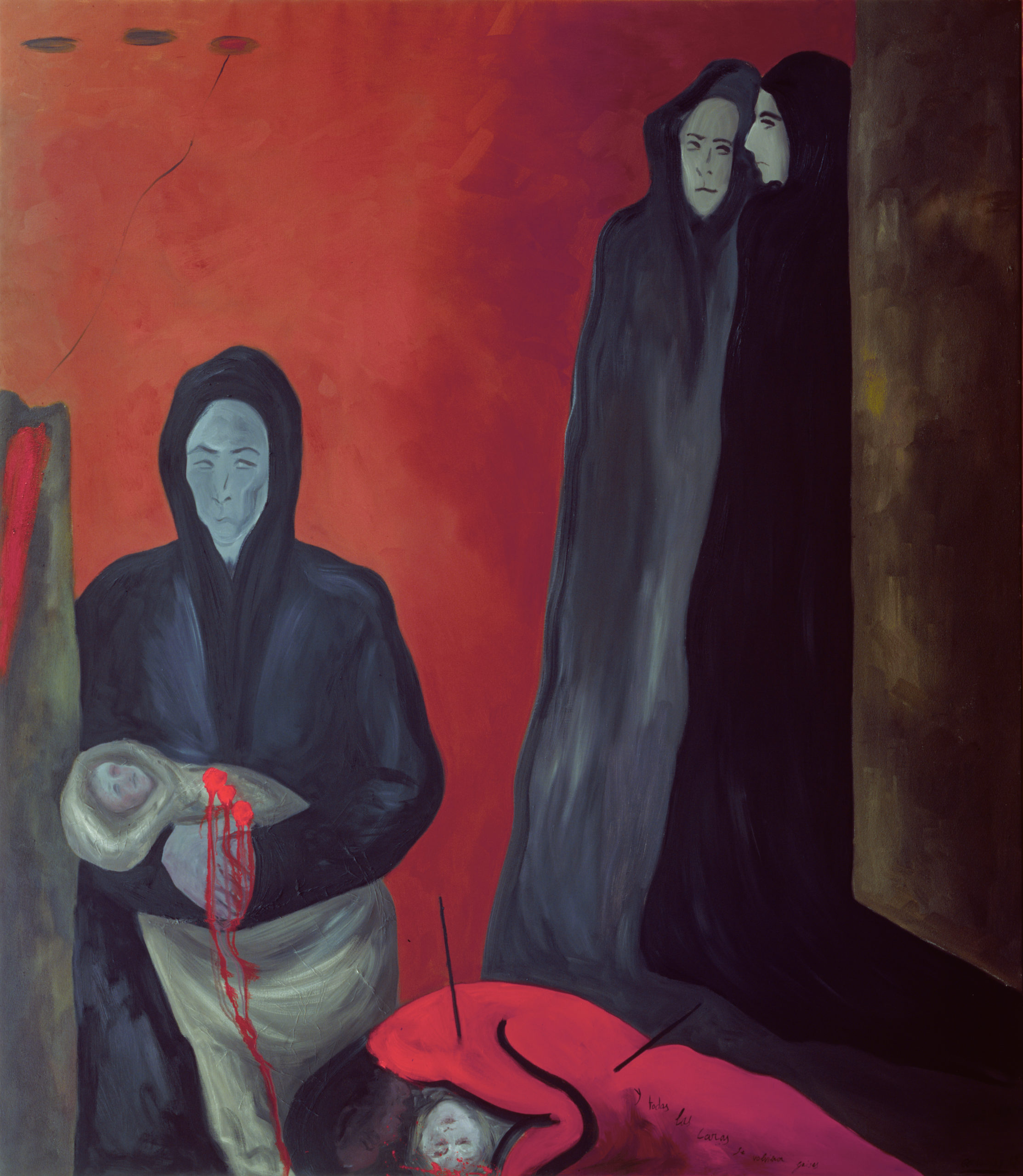 United Nations Director-General in Geneva, Tatiana Valovaya, stressed: “The elimination of war and armed conflict remains a political and humanitarian objective of all nations around the world. The United Nations was designed to promote peace, cooperation and solidarity among nations. (…) Sofia Gandarias’ exhibition paints a powerful picture of the tragic realities of war. As we shape a more peaceful and sustainable future, I hope that these works of art will inspire constructive dialogues on the many challenges facing the world today, including violence and conflict, and the need for a strengthened multilateral system with the United Nations at its core.”

The Rector of the University for Peace, Francisco Rojas Aravena, highlighted the significance of this commemorative exhibition in honour of UPEACE’s 40th Anniversary, “The bombing of Gernika, which occurred on 27 April 1937, left an indelible mark on the world’s memory. It preceded the bombing of Hamburg, Dresden, Hiroshima and Nagasaki. Gernika marked the beginning of essential changes in favour of international and humanitarian law. It is a living memory of the impact of the dehumanization of violent conflicts. It marks a milestone in the internationalization of conflicts.

The United Nations, through Conventions and Treaties, prevents further wars, halts nuclear proliferation and discourages the use of military force, and actively works to fight terrorism. The United Nations promotes human rights and human dignity. Sustainable peace is essential.

Over the centuries, painters and other artists have anticipated events and reflected on the horrors of war. Sofia Gandarias is one of them. Her canvases of women filled with horror and pain, frozen in silent cries, evidences this dehumanization. When speaking about Gernika, she remarked, ‘It is my cry against what should not have happened, against what should not happen…’ To remember acts of war is to keep in mind the need to work for peace, to build peace through words and paintings, by generating a collective conscience in search of peace, security, human rights, development, and more so than ever before, the defence of the planet.”

This exhibition on Gernika was prepared in the context of the meeting of the Human Rights Council. It was concomitant with the outbreak of the Covid-19 pandemic. “The Covid-19 pandemic is one of the most dangerous challenge this world has faced in our lifetime,” said UNSG Antonio Guterres. The pandemic has left the stage of multilateralism empty.

David Fernandez Puyana, UPEACE Permanent Representative in Geneva, reflected, “Gernika represents, within the UN, the hope for a more human and empathic world, where solidarity and peace will become banners of the new world. Gernika wants you surrounded by people, that’s why you were born! While this moment arrives, Gernika is suffering in the loneliness of its soul, in pain due to these serious moments we are facing.”