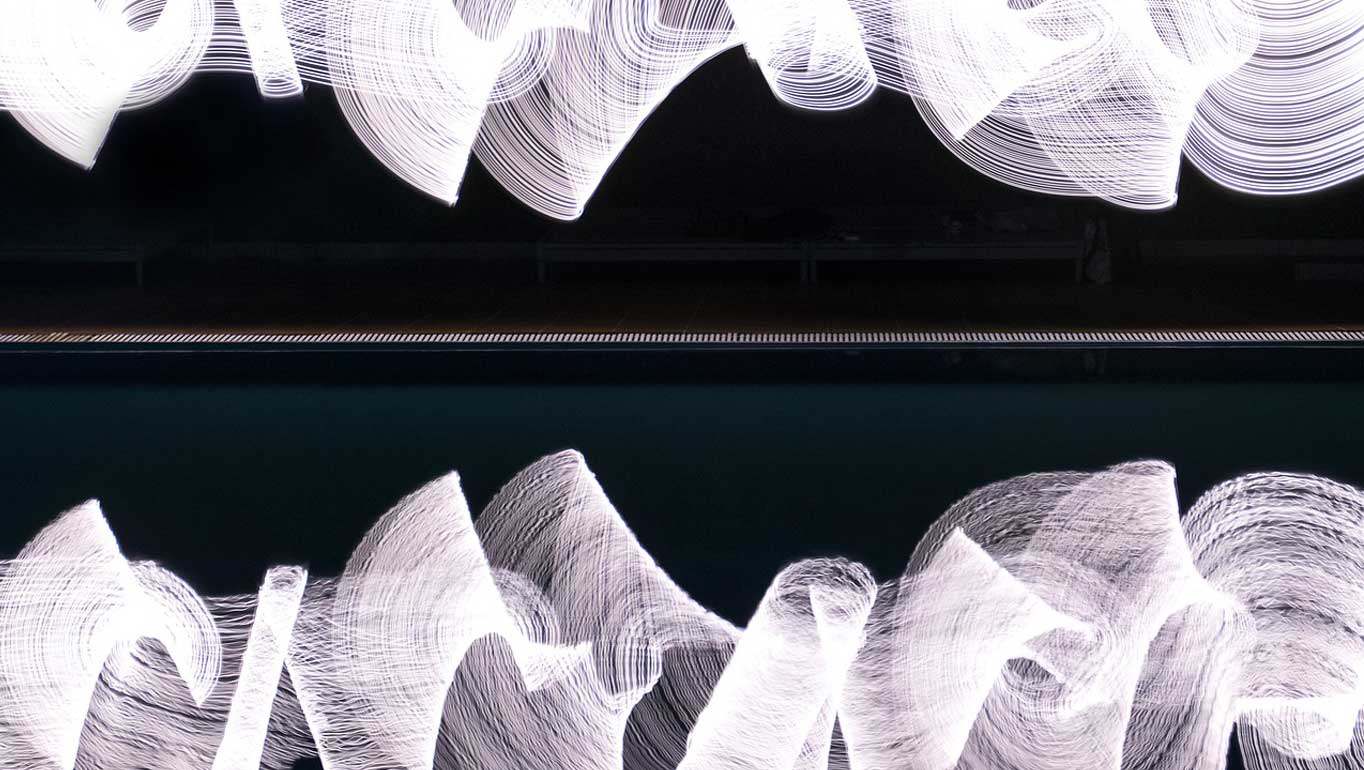 Neutrality — George Floyd’s legacy
An intense conversation with the authors of the book The Neutrality Trap, Bernard Mayer and Jacqueline N. Font-Guzmán
By Julián Ginzo*
1 Nov 2022

During the process of searching for interviewees for the November issue on neutrality, we came across this book. A witty literary piece that seeks to provide concrete actions to the resolution of conflicts that exist – mainly – in the demands of a frustrated society towards systems of oppression. Although in this interview we will not reveal the tactics that Mayer and Font-Guzmán propose, it will allow us to dig into their profiles, their experience on the subject, and their vision.

Besides academics, what has been your professional and practical experience in the field of conflict management?

We both have extensive experience as mediators, conflict intervenors, and trainers. Bernie is a founding partner of CDR Associates, a mediation firm that has worked internationally on ethnic, environmental, organizational, and interpersonal disputes. He also has a background as a psychotherapist and a social change activist. Jackie worked as a healthcare administrator and a lawyer prior to joining the academic field. Her legal practice focused on providing legal services of a non-criminal nature for persons involuntarily or voluntarily confined in custodial, correctional, or penal institutions, and institutions for the mentally ill or mentally disabled.

Our commitment to social justice advocacy as an essential partner of conflict intervention moved us to write this book. Specifically, our indignation when George Floyd (a Black man) was murdered by Derek Chauvin (a White policeman) in 2020 in Minneapolis. Chauvin suffocated Floyd by kneeling over his neck for over nine minutes while Floyd was handcuffed, with his face on the street, and as he yelled “I cannot breathe.” Three other policemen stood by and watched the murder take place. One of them prevented bystanders from coming to Floyd’s rescue.

The protests that followed the death of George Floyd appeared to be a watershed moment in galvanizing people to do something to confront the racism in our societies. But this also raised consciousness about other systemic systems of oppression as well—about misogyny, colonialism, sexual violence, and the growing disparity between the very rich and the rest of us. We felt that the lens of conflict engagement was a powerful one to bring to bear on these deeply entrenched problems. But we were also concerned that simply calling for peace and dialogue, without a concomitant commitment to social action and system change, is often counterproductive.

We therefore wanted to look at the interdependence between conflict intervention and social justice advocacy. We felt it was important to consider these issues from diverse cultural, ethnic, race, and gender perspectives, and to take a look at the legacy of colonialism and at the Eurocentrism of many of the values, concepts, and practices that dominate the conflict and peacebuilding fields. Jackie brought to this her experience growing up and spending most of her life in Puerto Rico, and Bernie brought his background as the child of holocaust survivors and as someone who has lived his entire life in the US and Canada.

If you had to summarize the main learnings that the reader would take from the book, what would they be?

This book addresses how those interested in social justice can approach the necessary conflicts that we must engage in and sustain to bring about significant change. Social change requires effort to disrupt existing systems of power inequities and oppression and to reach out across our differences. Seemingly chaotic actions to demand change are often essential to building long term, strategic and constructive efforts to fight oppression and to reach deeper and longer lasting resolutions to serious conflict. Promoting dialogue alone, without consideration for the need for social movements to flourish as well, can exacerbate power differentials, undercut movement development, and unintentionally support the very same oppressive systems we need to dismantle.

Understanding the complex interaction between the need to disrupt oppressive systems and the need to help people connect is essential to effective peacebuilding efforts. In the face of social upheavals, many peacemaking and dispute resolution specialists respond in a non-critical way by urging disputing sides to connect under the umbrella of neutral interveners. Credible intermediaries are extremely important, but that is different from hiding behind the masks of neutrality, impartiality, or objectivity. Transparency, authenticity, competence, and genuine commitment to empowerment of all parties are more universal and genuine commitments that people expect from interveners and are essential to their credibility. Neutrality in the face of oppression is neither moral nor effective. Furthermore, the concept of neutrality is fuzzy at best and often meaningless.

Confronting racism, colonialism, misogyny—to name just a few—requires that we understand how systems can be disrupted, how we can identify points of leverage for disruption, and the strategic challenges of movements for social change. It also requires us to understand how and when to bring people together in dialogue or other connecting processes and the role of third parties in encouraging this. Throughout the book, we share our own experiences and stories as social activists and conflict interveners, and the lessons we have learned from these.

You talk about social change. From where to where should societies migrate?

Every society must find its own path and vision, but essential to all is finding mechanisms to eradicate the oppressive use of power, to find peaceful ways of dealing with social conflict, to welcome rather than repress diversity, and to develop meaningful systems of accountability for those in power. This is never an accomplished goal but an ongoing challenge that all societies face, although they are all not equally situated to do so. Hurricane María and the COVID-19 pandemic have taught us that those most in need, the poor, Blacks, Latinx, and the colonized were disproportionately impacted when compared to those in the dominant group. Those in the non-dominant group do not have the same access to health care or justice, and do not receive the same level of support than those in the dominant group.

Perhaps a more important question is how we get those in positions of privilege to become aware of the experiences of the poor, the oppressed, the marginalized, and the colonized. Projects of oppression such as colonialism and racism succeed by weaponizing ‘otherness.’ Therefore, the way to move toward social justice is by creating spaces in which relationships and solidarity across differences can emerge so that everyone in society can share their common humanity.

Deep and disturbing conflict is not only inevitable, but also an opportunity for change and vital to our capacity to flourish as an inclusive and equitable society. Our capacity to delve into the conflicts we face and to use them as opportunities to change systems—or if necessary, tear them down and replace them—is what will determine whether the stated commitments of so many nations, organizations, and individuals to address racism, misogyny, climate change, and other pressing systemic challenges will have any practical meaning. Our ability to take on these conflicts will require that we resist the dominant approach taken to most conflicts, which is to de-escalate them, bury them, or seek solutions that maintain the status quo.

The greater empowerment of societies as a result of access to more sources of information is—in theory—making the role of public servants more demanding. Is the noise that this generates building a new paradigm?

We are suspicious of the overuse of the term “paradigm shift.” Fundamental paradigms (such as the market-based system at the heart of most economic systems) do not change quickly or easily, and yet paradigm shifts are declared all the time. Having said that, unless we are able to alter the paradigm governing our approach to climate change, for example, we face a very grim future.

We don’t think the essential challenge is providing access to information. The bigger question is how to develop some common understanding of the problems calling for collective action and of the choices facing us. Essential to accomplishing this understanding is to provide powerful mechanisms for social actors to tell their stories, to hear the stories for others, and to build narratives that include each other’s stories and lived experiences rather than discounting them. This indeed makes the role of public servants more demanding, but it is also a challenge for all those interested in constructive social change.

What message would you like to pass to the United Nations ecosystem?

We have learned from and are often inspired by the courageous and effective work that is carried on by so many in the UN community. We think on a day-to-day, maybe moment-to-moment basis, UN agencies and personnel face the challenge of avoiding the neutrality trap, building credibility based on authenticity, and working with the complex dynamics of promoting connections while honoring the need for disrupting oppressive or dysfunctional systems. The UN also continues to grapple with the harsh reality that there are many territories—like Puerto Rico, which we discuss in our book—that continue to be colonized in the twenty-first century.

We hope that the members of the UN community reflect and question some of the most cherished beliefs many hold about what a constructive approach to conflict looks like, including the importance of objectivity, impartiality, peacekeeping at all costs, and a commitment to “fair outcomes,” all of which are problematic norms when confronting pervasive systems of power inequities, privilege, gender bias, inequality and racism.

We hope our work, which is very much oriented towards practice, will provide a useful resource to those working to fulfill the mission of the UN to uphold human rights, strengthen human dignity, and build a peaceful and sustainable future for all.